The US may be restricting China’s telecom companies from selling smartphones. But it hasn’t stifled their imagination. ZTE’s new headquarters is an architectural marvel with its bubble roof and next generation styling. Shenzhen Wave will serve as a new headquarters for ZTE and will be part of the larger Shenzhen Bay Super HQ District development on the bustling megacity's waterfront. Having been founded by the designer of China's CCTV, Büro Ole Scheeren has never been content to create drab, boring office buildings. Its latest project, named Shenzhen Wave, once again breaks the mold and will rise to a height of 60 m (196 ft) and be topped by a large bulging area that hosts a greenery-filled leisure space inside. Shenzhen Wave will be located in Shenzhen, China, and serve as a new headquarters for Chinese telecommunications firm ZTE The uppermost area will be called the "Club Node" and include significant amounts of greenery, as well as a gym, cafe and bar, plus other areas for socializing. It will connect to an adjacent rooftop deck and will also be linked to the ground floor lobby with a light-filled atrium that connects to each level. "A sinuous diagonal 'Wave' cuts through the building and links its multiple levels, lifting the structure off the ground and cresting up through the roof," explains Büro Ole Scheeren. "This key element becomes an open and experiential pathway through the building for light, views and circulation, encouraging spontaneous encounters between users throughout the structure. The spatial organization of the building both physically embodies and simultaneously amplifies the company's culture of interaction and innovation." Additionally, as the building will be raised on supports, it will create a space for a public plaza below, which will connect to the nearby waterfront. An amphitheater will be nearby and a "Culture Node" will feature an exhibition space and cafeteria. 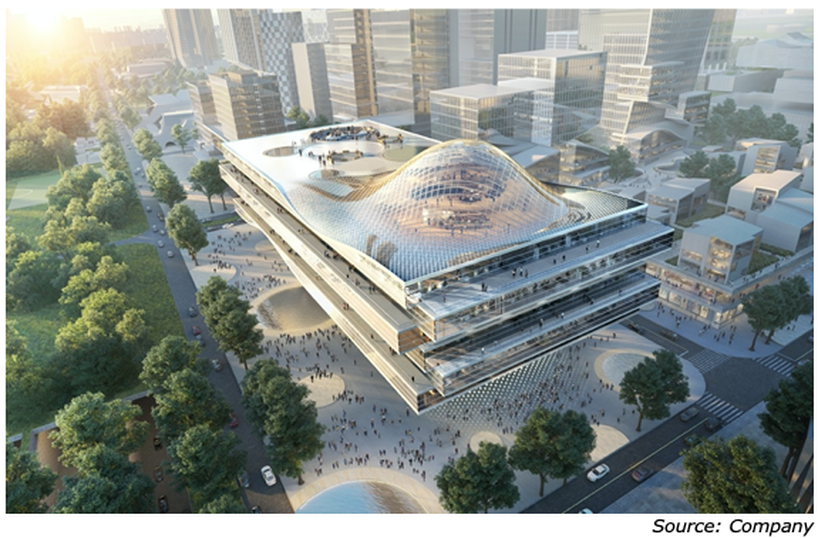 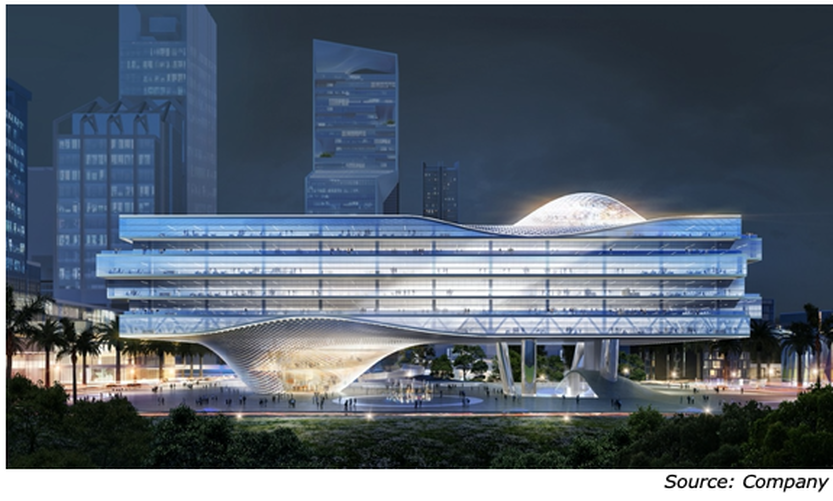