ZTE Axon 20 5G officially announced a release set just in time for Christmas. It boasts not only an under-display camera but also an under-display fingerprint reader, speaker, and backlighting for what it describes as a “notch-free experience”.

The feature set is pretty slick, putting pay to the idea that ZTE might try and give us an innovative camera, in a mediocre phone. The display is almost entirely bezel-less, giving users an unimpeded 6.92-inch FHD+ OLED display, 90Hz refresh, and full-color gamut. Processing comes via a Qualcomm Snapdragon 765G chipset, such as we’ve seen in other recent flagships such as the Google Pixel 5, and that’s bolstered by 8GB of RAM and 128GB of storage — all liquid-cooled by carbon nanofiber. The under-display front camera is unapologetically impressive at 32MP, whilst the quad lens rear camera tops out at 64MP, flanked by an 8MP ultra-wide lens, 2MP depth lens, and 2MP macro. Charging tech comes from Qualcomm Quick Charge 4.0, which at 30W, should make short work of recharging the 4200mAh battery. We were a little surprised to see that the ZTE Akon A20 5G will ship with Android 10, rather than the latest Android 11, though we’d hope that a high-spec device would get a firmware upgrade or two. The handset also includes what ZTE calls “Super Antenna 2.0”, a 360-facing 12-antenna array which the company says will improve reception and stability. The company also claims it boosts downloads by up to 30% through “intelligent network acceleration technology”. ZTE has said that the Axon A20 5G will be available “globally in selected markets” (erm…?) from December 21st. Regions covered on launch day include the United Kingdom, European Union, Japan, South Korea, Thailand, Malaysia, Philippines, UAE, Ukraine, Saudi Arabia, and South Africa. The U.S. is not listed as a launch market, which isn’t terribly surprising given the Trump administration’s current stance towards the company. Pricing will be revealed “soon”.  Members of ZTE’s “New Vision Club” will be able to queue jump and receive the first batch of phones on release. 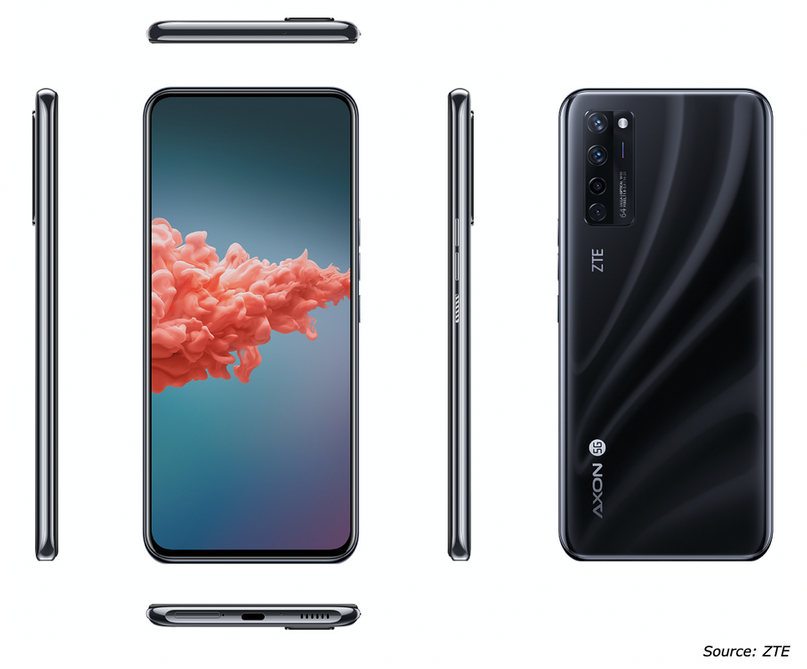 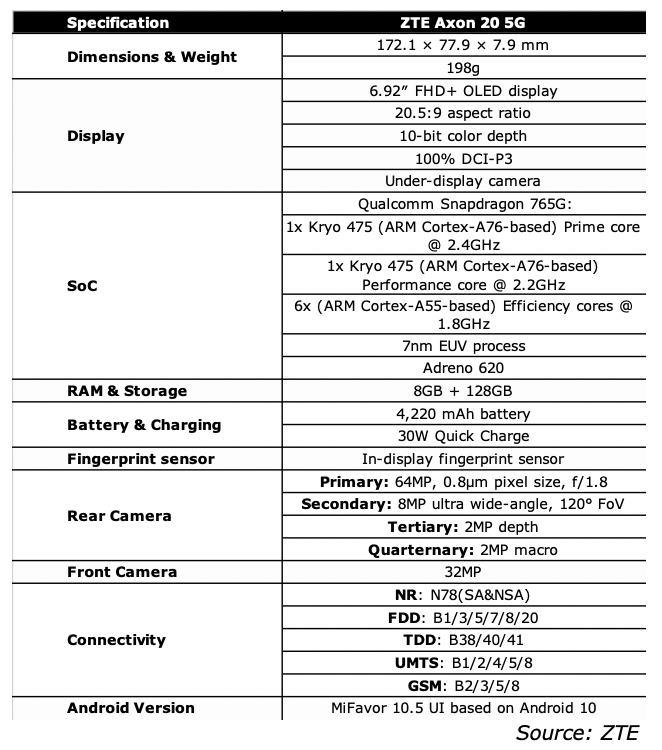