In the past few years, smartphone manufacturers have been increasing the screen-to-body ratio of devices. Phones are getting increasingly narrower bezels around displays, and the latest trend is trying to hide the front camera underneath the matrix. ZTE has already released the Axon 20 smartphone with a sub-screen selfie module. According to ETNews, the Samsung Galaxy Z Fold 3 will have an UDC. 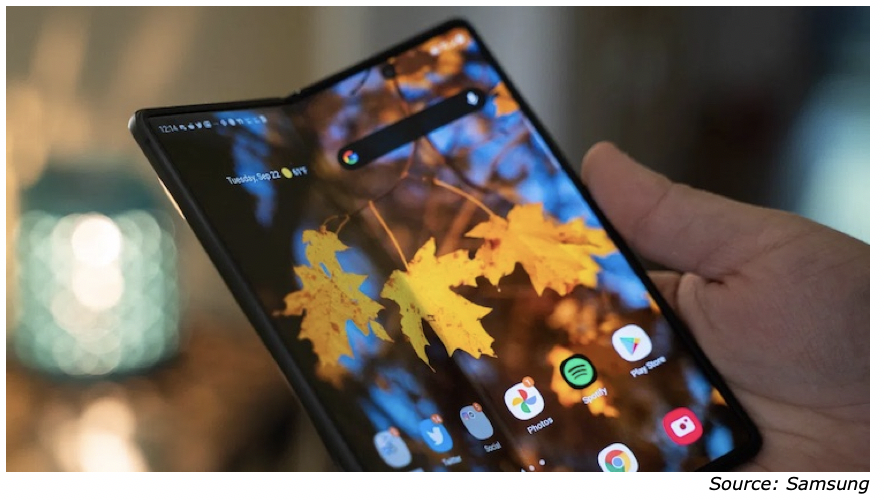 ​A report by South Korean publication Aju News (via) states that Samsung Electronics has confirmed that the Galaxy Z Fold 3 foldable phone will be announced in June 2021. It also claims that the company will discontinue the Galaxy Note series. The Z Fold 3, will have a UDC that use a display design where the distance between the pixels located above the camera lens is increased allowing the sensor to capture more light. Samsung has started developing final samples of the Galaxy Z Fold 3 for mass production. The premium foldable phone is expected to arrive with Samsung’s latest technologies such as the S Pen in addition to the under-display camera. The Galaxy Z Fold 3 will have a dedicated compartment to house the S Pen. The Galaxy S21 Ultra will not have an S Pen compartment, but it will carry support for it. Since the S Pen support will be available on the Galaxy Z Fold 3 and S21 Ultra, Samsung will discontinue the Note series. It is expected that after the new technology has been tested and rolled out on the Galaxy Z Fold 3, Samsung will use the UDC technology in its Galaxy S22 due in 2022.