Vertical Divider
Z Fold 3 and Z Flip 3 Due in August
​
Samsung is expected to launch its next-gen foldable smartphones and smartwatches in either late July or August.  According to Max Weinbach of Android Police, the next Samsung Unpacked event will take place on August 3. At this conference, the Galaxy Z Fold3, Galaxy Z Flip3, Galaxy Watch4, and Galaxy Watch Active4. Jon Prosser has the Galaxy Watch4 series shipping from August 11.The third-generation Galaxy Z series foldables will begin shipping from August 27.  The Z Flip 3 is now thicker below the panel than above the panel, unlike the Z Flip 5G. 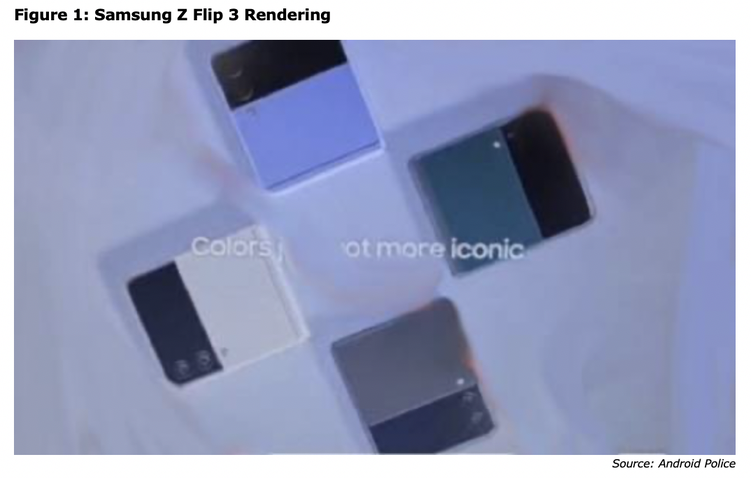 DSCC in their latest Foldable/Rollable Report said Corning will share the ultra-thin glass (UTG) business on the Z Flip 3 with SCHOTT. Corning’s UTG will be processed by Korean supplier eCONY that performs the glass thinning, chemical strengthening and cutting steps. Corning’s entry also helps pave the way for Apple to enter the foldable market given Apple’s close reliance on Corning glass in the smartphone market. There was also a structural change on the Z Flip 3 display film stack increasing the overall display stack thickness by 8%.
​ 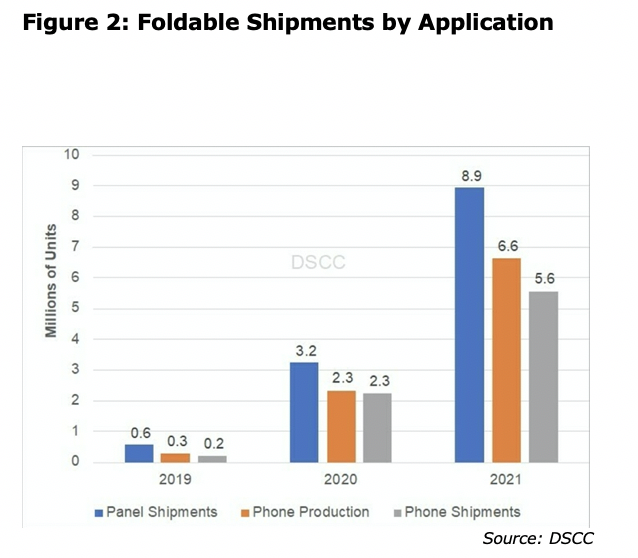 ​Apple’s foldable smartphone is expected to enter the market in 2023 should boost demand and help legitimize the category.  Google could launch its folding phone as early as 2021, or in the beginning of 2022. 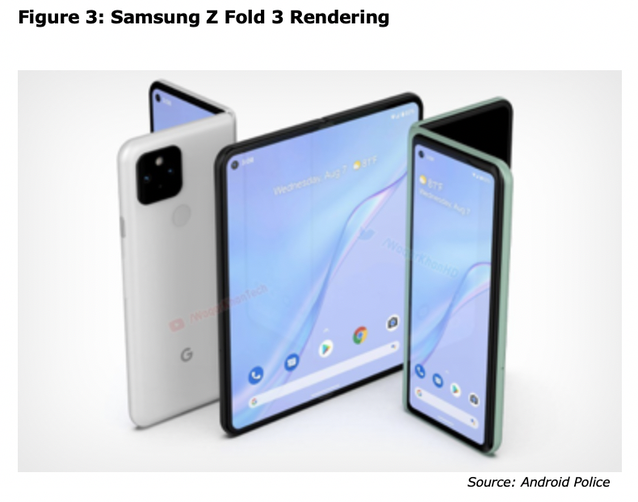 ​On a panel shipment basis, DSCC expects foldable and rollable panels to grow at 87.5% CAGR from 2020 to 2025 to 75.6M. The smartphones share will be at least 92% through the forecast. Looking at smartphones rather than panels, DSCC expects shipments of greater than 56M units in 2025. Foldable/rollable panel revenues are forecast to reach $13B with smartphone panels generating $11.5B by 2025. Smartphone panels will benefit from higher priced in-folding and rollable panels taking share from lower priced clamshells. 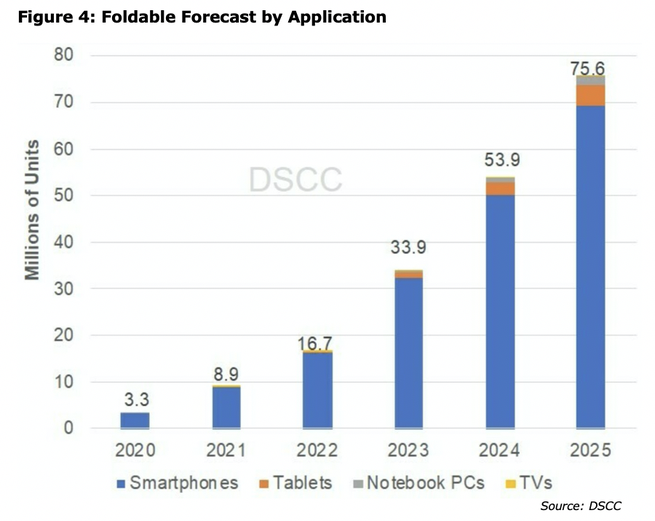 ​
The Galaxy Watch4 series will run the new revamped Wear OS co-developed by Google, Samsung, and Fitbit. The wearables will be available in two sizes as well as Bluetooth-only and cellular variants. The Galaxy Z Fold3 and the Galaxy Z Flip3 will arrive with new designs and improvements over their predecessors. In addition to the Z Fold 3’s under panel camera, a 120 Hz refresh rate and the S-Pen, the Z Flip 3 will sport a dual-tone paint job and a larger cover display.