The Chinese Patent office awarded Xiaomi patents for a two clamshell foldable designs with multiple camera setup and rest with a Galaxy Fold-like design with a tablet-sized display. 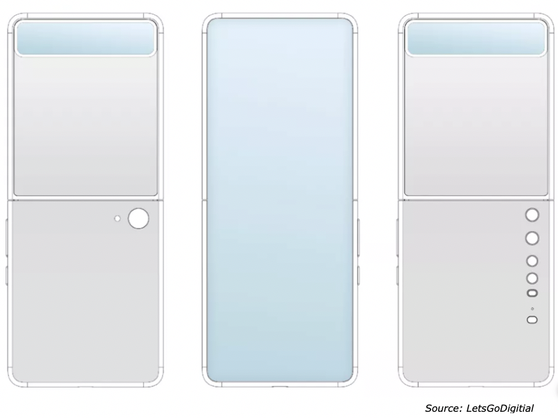 The device that is first in the line draws inspiration from the Galaxy Z Flip and according to the patent documents, it has two different variants. The primary difference between the two designs is the fact that one has a quad-camera setup aligned vertically while the other one has a large single camera sensor.
Barring this obvious difference, both the variants look identical with a large primary display that can be vertically folded and a small display on the flap that could be used to interact with the notifications and alerts. When the device is unfolded it brings forth a notch-less display, indicating the selfie camera may be housed in a pop-up mechanism or since this is a very sleek design, Xiaomi may even place the selfie camera under the display.  Other key details are the presence of physical volume and power key apart from a charging slot, all located at their regular places. 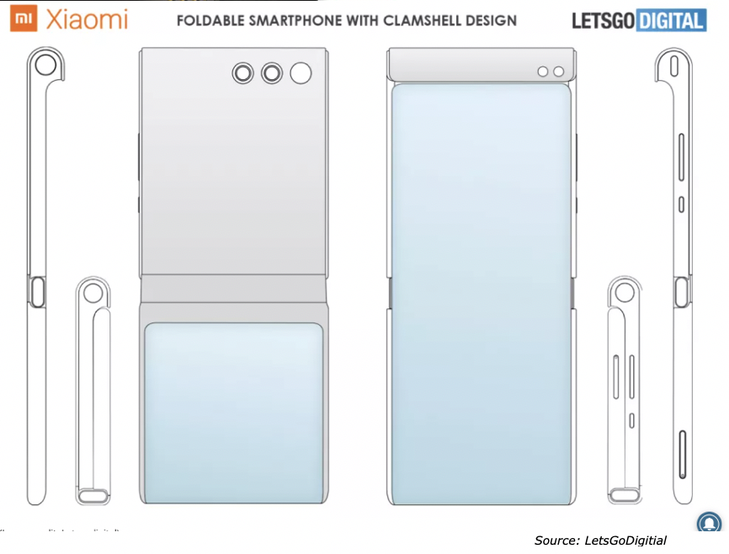 ​Xiaomi clamshell foldable phone with a larger secondary display
Third, in the line is another clamshell foldable phone but with a design that is unseen but is slightly closer to the Moto Razr rather than the Galaxy Z Flip. It has a larger external display and a slightly thicker forehead while the Razr had a thicker chin. This itself makes the design unique as Xiaomi may have to work extra miles to ensure that the phone remains balanced when it is flipped open thanks to its top-heavy design. The large vertical display and a dual-selfie camera are setup on the forehead. On the rear, is a triple-camera setup on one half and the other half a large secondary display. 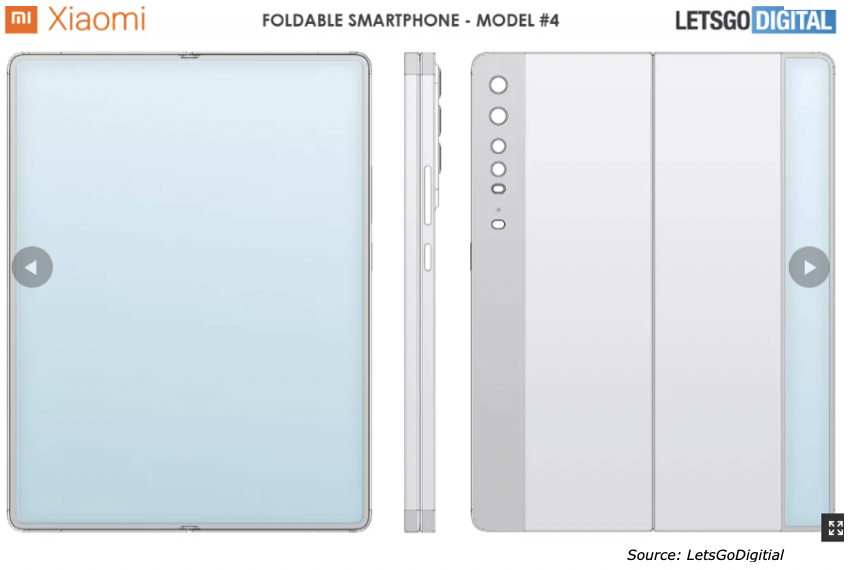 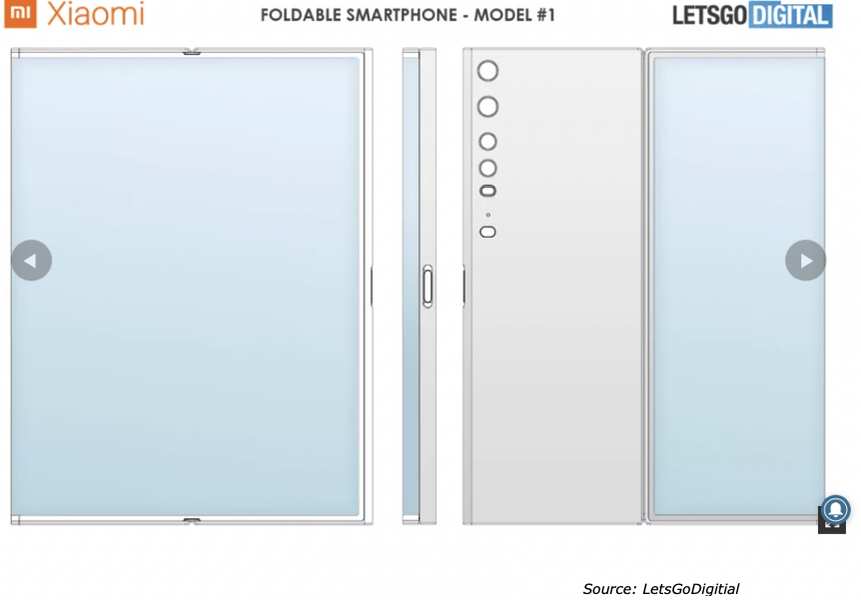 ​The larger devices that copy the Samsung’s Galaxy Fold lineup, include two devices that have a large tablet sized inner display with bare minimum bezels on the entire inner display. On the outside, is a narrow and long secondary display that could be used to check and respond to alerts while offering limited functionality otherwise. The absence of a selfie camera cutout foretells an under-display selfie camera. Xiaomi has patented two different variants for this design. The first one has a vertically aligned triple camera setup housed on the rear side of the device while the other one has a quad-camera setup.

The last couple of designs from the patent document are two Galaxy Fold-like designs. However, unlike Samsung that uses two different displays for the Fold, Xiaomi is using one large display that starts from one half of the external panel and continues to form the main inner display, giving the phone a unique design where the external display looks like a curved panel when the phone remains in a folded position. It also has a near bezel-less design and no visible selfie camera in the design document.

Xiaomi has patented two variants of this design. One with a quad rear camera setup and the other one bearing a massive circular camera sensor.