Previously we reported on Xiaomi’s smartphone concept of the year, the Xiaomi Mi Mix Alpha, with its 180.6% screen-to-body ratio.  While it’s a gorgeous screen made a single piece of glass, it casts some doubts into whether it’s really worth owning or not. After all, the back display won’t be in action anytime soon and won’t be properly seen even by friends, as it would be obstructed by the owner’s hand. However, the Mi Mix Alpha does look sleek, especially with the camera strip that houses the three-camera setup which works both as a rear and a selfie cam.
It sports a whopping 108 MP primary sensor developed alongside Samsung along with a 20 MP wide-angle sensor and a 12 MP telephoto one. There are no speakers or other punchouts in the display, with the sides of the phone being pressure sensitive and used for notifications 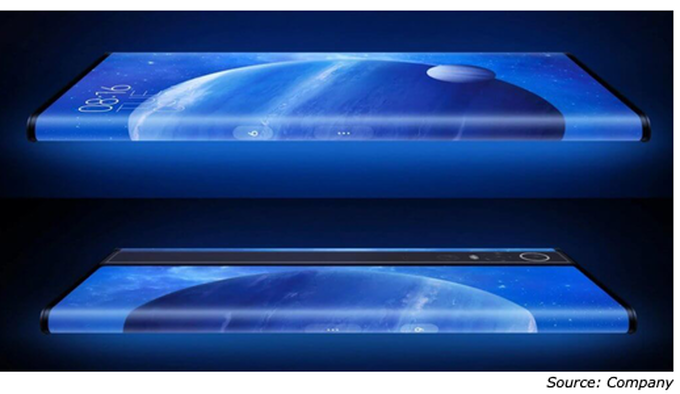