The two flagship killers that were initially announced as Redmi K40 and Redmi K40 Pro+ in China and are part of Xiaomi’s crusade to conquer India’s premium phone market as it has in the lower price segments. The Mi 11X series has the power to dent OnePlus’s long-standing dominance in the segment of sub-premium flagships. Xiaomi is already the best-selling smartphone brand in India, stemming from the value-for-money Redmi lineup. After consciously limiting itself to the entry-level and mid-range segments for several years, Xiaomi entered the premium segment, which begins at ₹30,000 or roughly $400, by launching the Redmi K20 Pro in 2019. In 2020, Xiaomi took a leap of faith in the Indian market by launching their first premium smartphone — the Xiaomi Mi 10 — after a three-year gap since its last premium smartphone — the Mi MIX 2. The phone was tasked to transform the brand’s image in India. The Mi 10 was followed by the Mi 10T and the Mi 10T, which were optimized for the price expectations of the Indian buyers. While the Mi 11 didn’t make it to India, Xiaomi launched the more expensive Mi 11 Ultra in the country. The Mi 11X and the Mi 11X Pro were launched alongside the Mi 11 Ultra and they offer striking features at incredible prices. 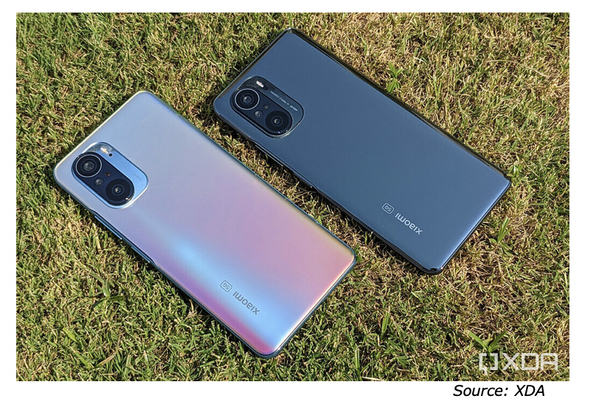 The Mi 11X and the Mi 11X Pro are virtually identical. The duo shares the same 120Hz AMOLED display, the same design and color options, the same battery and charging capabilities, and the secondary and tertiary cameras. The differentiating factors include the primary cameras and the processor. The Redmi K40 has also been rebranded as POCO F3 for global markets — excluding India — before being launched as the Mi 11X.


The Xiaomi Mi 11X series is equipped with a 6.67-inch AMOLED display. It has a resolution of 2400 x 1080 pixels and features a hole-punch cutout for a selfie camera and a 120Hz refresh rate  Like its previous avatars — the Redmi K40 series and the POCO F3, the Mi 11X series also features Samsung E4 displays. These displays are a step ahead of the former E3 grade and offer better brightness and higher contrast. Xiaomi claims a typical high brightness of 900nits, a peak brightness of 1300nits, and a high contrast ratio of 5,000,000:1 for the displays.

The display is very s bright indoors, but its outdoor readability is what is simply surprising. Apart from being very bright, the display can also get fairly dim for use in low light. Xiaomi has replicated Apple’s True Tone feature, and it automatically adjusts the warmth of the display to minimize eye strain. The smartphones, however, lack support for DC Dimming, a technique used to eliminate strobing or flickering at low brightness which may cause eye strain. Surprisingly, the Redmi K20 series had this feature since its launch.
The Xiaomi Mi 11X series has a glass design with Gorilla Glass 5 on both sides, giving it a premium appearance. A thick camera bump sticks out on the back on both phones and is visibly thicker on the Mi 11X Pro because of the much larger camera sensor. The design of the camera bump appears inspired by the Xiaomi Mi 11 series, which itself seemingly draws inspiration from the iPhone 12 series for the design of its cameras. Unlike the Mi 11, which features a quad-curved display, the Mi 11X series features a flat display. The debate between flat and curved displays is perceivably everlasting, but it feels like the more optimal choice for this price bracket. However, instead of sharp edges, the Mi 11X features edges that are curved at 2.5D. Sandwiched between the glass is a plastic frame with a blend of shiny and satin surfaces. Using plastic instead of metal for the frame probably helps Xiaomi keep the phone’s weight under check but it also diminishes the phone’s premium appeal. Besides that, the plastic frame causes the phone to heat and throttle, as we will see in the coming sections. For those who do not worry much about throttling or limitations in extreme performance, the plastic frame does make the Mi 11X series feel noticeably light, especially when other flagships and flagship killers are breaching the 200-gram mark.

-- Mi 11X series feels premium but the plastic frame is a reason to be alarmed.

The phone feels quite slim and easy to grip, even with a case on it. The top and the bottom edges of the frame are relatively wider and house the dual stereo speakers. The phones feature a side-mounted capacitive fingerprint scanner that lies adjacent to the power button on the right side of the frame. Unlike some of the other Xiaomi, Redmi, and POCO phones that feature side-mounted fingerprint scanners, the one on the Mi 11X series is nearly flushed within the frame and makes it easier to use with a case. The Mi 11X and the Mi 11X Pro are available in three colors — a shiny and highly reflective Cosmic Black, a Lunar White which diffuses the light falling on it, and lastly, and Celestial Silver which is the most exciting color. Based on the angle and the intensity of the light falling on it, the color can appear metallic pink, orange, golden, turquoise, or blue but seldom silver. It plays a huge role in getting someone’s attention to the phones.

Both smartphones feature triple cameras. The primary camera on the top, is accentuated with a silver ring. The secondary ultrawide angle camera lies at the bottom. In the middle of both these cameras lies a tiny macro camera placed next to the rear-facing microphone. There is a dual-tone flash on the side of the camera array. Next to the flash, there is a rear-facing ambient sensor on the phone. This secondary sensor helps adjust the display’s brightness and colors even when the light source is not in front of the display. Despite the rebranding, the design on the Mi 11X series feels very premium and presentable. This is especially exciting for the Mi 11X since most of the other phones in this price range come either in bulky forms or with uninspiring plastic designs. 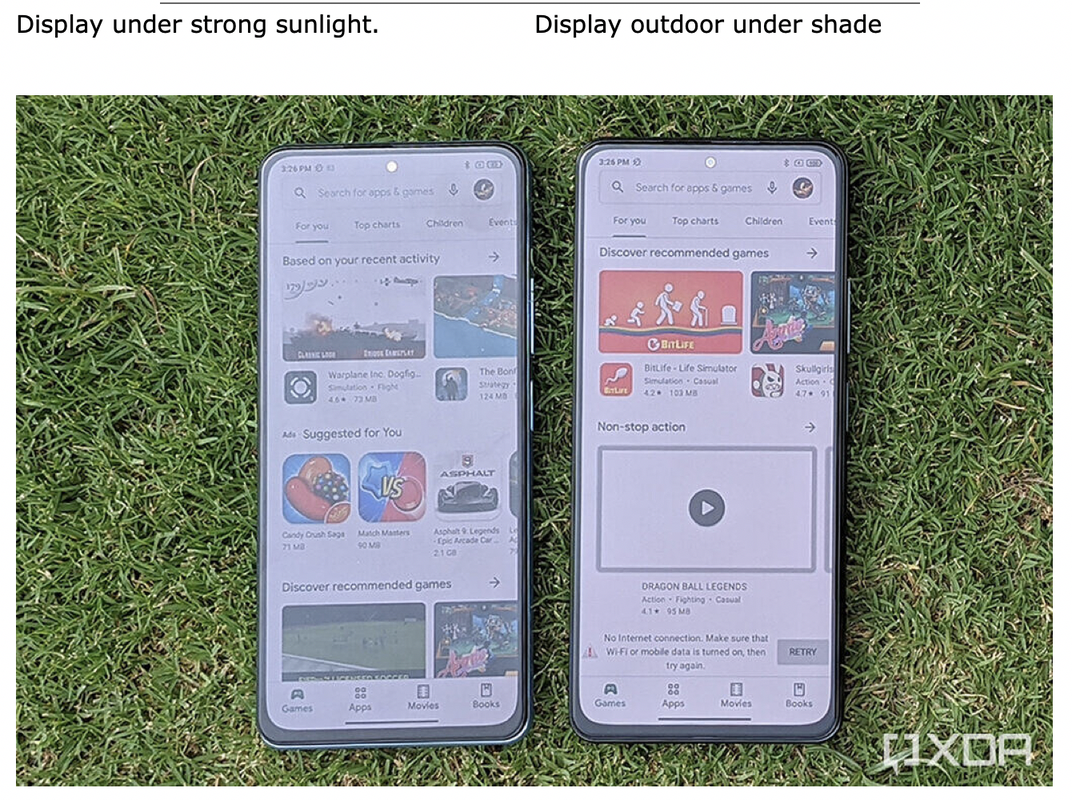 The displays offer great color output with support for 100% of the colors in the DCI-P3 color gamut. In addition, Xiaomi has plenty of options to optimize the colors. However, just like most other smartphones in this price range, the rainbow gleam is easily noticeable looking at the display from slanting angles.

Compared to the Mi 10T Pro’s LCD, the AMOLED on the Mi 11X series has richer vibrancy and better contrast. The smartphones are certified for HDR10+ and support HDR content playback on YouTube and Netflix but not on Amazon Prime Video. The phones also come with Widevine L1 certifications, which means you can enjoy OTT content in Full HD. The duo also offers a reading mode with dull colors and a paper-like texture to reduce strain while reading in low light. Further, the duo also comes with some video enhancement features such as MEMC for smoother video playback and SDR-to-HDR upscaling to enhance HDR on content that does not natively support it. The Mi 11X Pro also features an SD-to-HD upscaling feature, but it is missing on the vanilla variant.

The display also supports adaptive refresh rate switching, which means the refresh rate changes to different values based on the content. The display on the Mi 11X and the Mi 11X Pro supports 120Hz, 90Hz, and 60Hz modes due to the limitations of the AMOLED panels. This is less than the modes supported by adaptive LCDs on the likes of Xiaomi Mi 10T Pro. This limitation arises because manufacturers must calibrate the color output and brightness values for each refresh rate separately, which is easier to achieve on an LCD panel compared to an AMOLED. The display cannot switch from one refresh rate to another as rapidly as on the Mi 10T Pro. Another caveat is that it is limited to 60Hz on video apps and at 90Hz in the Recent Menu. Additionally, the display also comes with a 360Hz touch sampling rate, and while we do not have professional tools to verify this claim, there’s barely any instance of missed or delayed touch response. Overall, the display is one of the most impressive highlights of these smartphones. 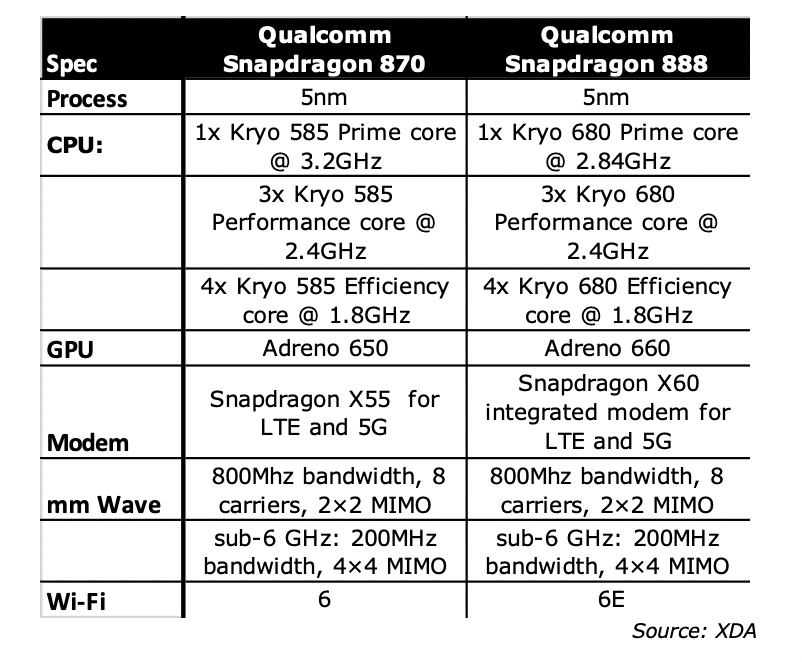 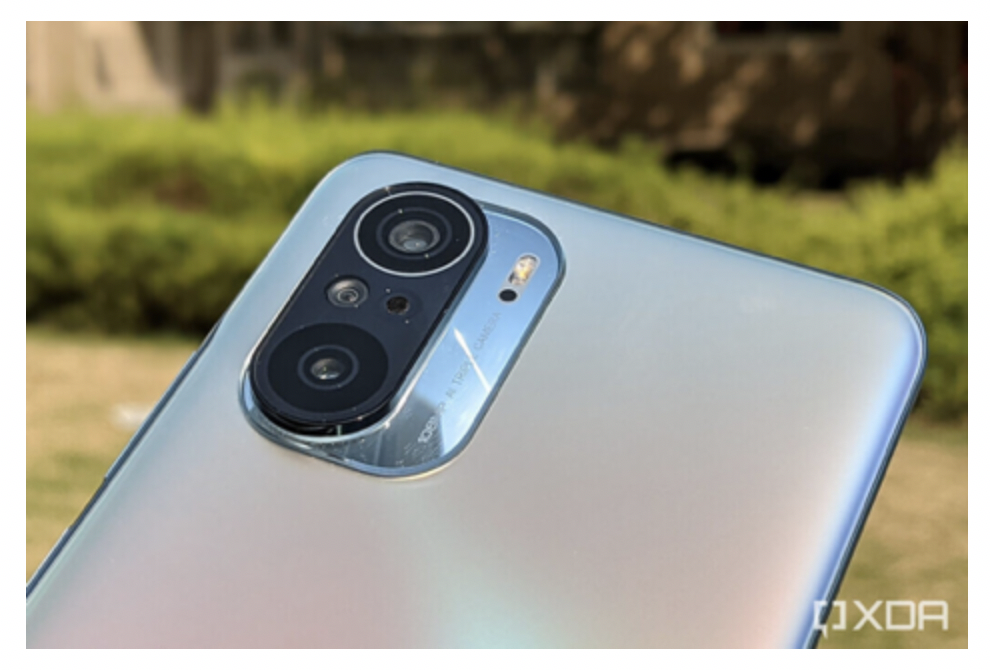 The Mi 11X Pro, on the other hand, is equipped with the recently launched 108MP sensor from Samsung. The Samsung ISOCELL HM2 has a 1/1.52″ sensor size with 0.7μm. The sensor employs 9-in-1 pixel binning to also create 12MP images. The sensor is 15% smaller than the ISOCELL HM1 108MP sensor on the Galaxy Note 20 Ultra and the ISOCELL HM3 108MP sensor on the Galaxy S21 Ultra. Despite the smaller size, the HM2 sensor is claimed to capture more light and colors than the HM1 thanks to Samsung’s ISOCELL Plus and Smart ISO technologies. The sensor is typically designed for premium midrange phones and has been seen earlier on the Xiaomi Mi 10i, Redmi Note 10 Pro, and the Realme 8 Pro. The Pro smartphone can shoot video up to 8K resolution at 30fps or 4K at 60fps, but its stabilization options are limited to EIS as it lacks OIS.
Aside from these different primary sensors, both the phones feature the same 8MP ultrawide angle camera and the same 5MP macro camera with autofocus. Both smartphones also come with 20MP selfie cameras on the front.
Here are some of the camera samples taken with the primary objective of comparing the Mi 11X (on the left) and the Mi 11X Pro (on the right):

Xiaomi has traditionally been known for its affordable and value-for-money phones. As the company moves up the price ladder, its virtue of being value for money appears unmoved. The two flagship killers are great phones for the money you spend on them. The Xiaomi Mi 11X is priced at ₹29,999 (~$400) for the 6GB+128GB variant while the 8GB+128GB variant is available for ₹31,999 (~$427). The closest competitors in the price range are: