​Cameras on Xiaomi phones could receive a massive boost in quality and versatility as the company unveiled a new telescopic camera lens with a large aperture. According Digital Chat Station and a Weibo post by Xiaomi, the lens features “a super-large aperture, which increases the light input by 300%” as well as new image stabilization technology. Clarity is also said to be improved by 20% thanks to the lens’s large aperture and image stabilization tech. Xiaomi hasn’t yet detailed the ƒ number of the lens in question, so we’re not sure just how large the aperture really is. But it’s the lens’s other party trick that’s the most exciting element of its design. In a video by Xiaomi uploaded to Weibo, the phone’s real party trick is showcased. The lens juts out from the phone body like point-and-shoot zoom cameras of old. This allows it to physically move in and out, much like the Samsung Galaxy K Zoom. Xiaomi didn’t specify a zoom range or whether this offers the ability to physical zoom in on subjects in the first place. Most modern smartphones feature fixed telephoto lenses that cannot physically adjust their zoom length. Xiaomi’s lens potentially mitigates this issue and could allow more options for users. It may also allow Xiaomi to get away with just one camera on its future smartphones, as the zoom lens could theoretically act as a telephoto and primary shooter. If the lens is paired with a large aperture, sizeable sensor, savvy software, and physical zoom, it’s a pretty mean pocket camera. 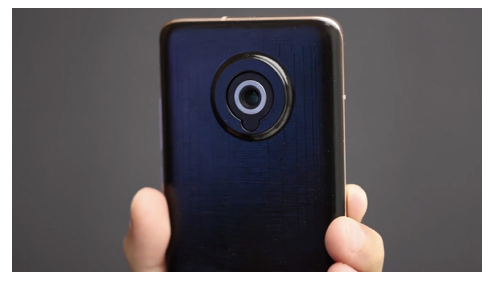 Source: Xiaomi
​It’s unclear when Xiaomi’s telescopic camera system will make its debut on a consumer-ready smartphone, or which smartphone that’ll likely be. Still, if Xiaomi can nail this technology and include zoom capabilities, it could become the smartphone zoom king of the future, since no phone being sold in 2020 has a zoom lens. Some see this statement and think “hey, zoom lens!” Nope. This is a 400mm f/4.5 lens made by Canon in the 1970s. Being only 400mm, this is not a zoom lens, it’s a telescopic lens and it’s only 282mm long. A lens design that’s physically shorter than its effective focal length is called a telephoto lens. 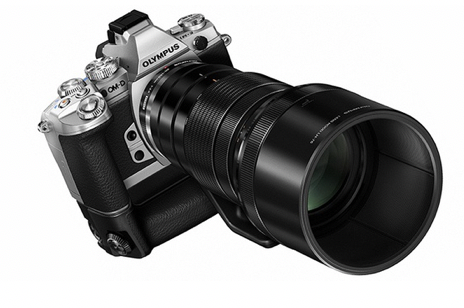 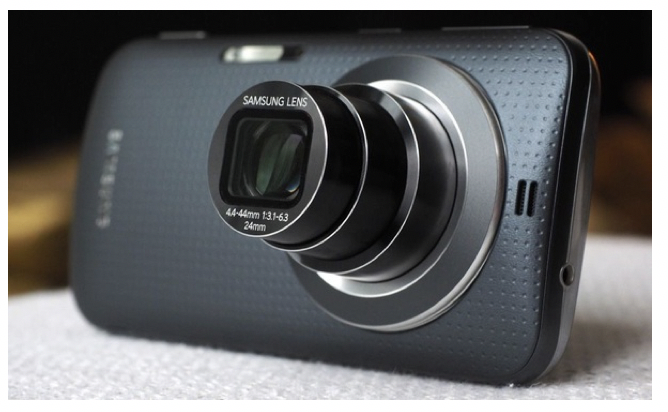 ​Source: Olympus
The last phone with an actual zoom lens: the Samsung Galaxy Zoom K was an actual smartphone with what amounted to a 10:1 point-and-shoot class zoom lens/sensor. The big problem: no one thinks their phone is a camera. 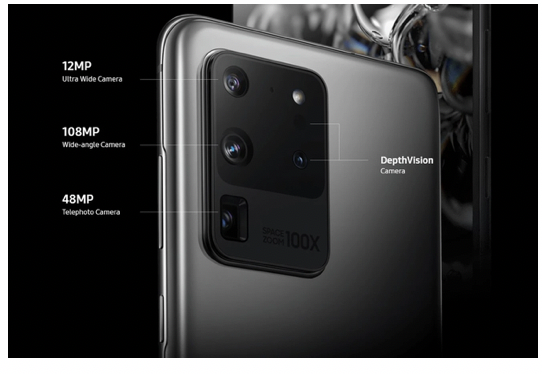 When “zooming” away from ultra-wide, the camera software does “zoom” the simplest way possible — it crops. It just cuts out part of the image, and does an “uprez” to increase pixel resolution. But an 8 megapixel image uprezzed to 12 megapixels still looks like 8 megapixels, which can be improved by merging both ultrawide and wide camera output at the same time. Some pixelization at the edges of the image, are visible but ability to “zoom” is provided. At the standard 1.0x “zoom”, the main camera is used, which is the best shot on that phone, regardless of the phone. Zooming away from 1.0x, some software tricks are again applied, depending in the sensor and where the next camera is: 2x, 3x, 4x, etc. Some combination of cropping the image from the main camera and mixing in the image from your telephoto camera is performed. It will inherently get fuzzier moving from one camera to another, which is never the case with a real zoom lens. Some sharpness going from wide to telephoto, but it will never be seen going in, out, in, out of sharpness. There might be a gradual drop-off in sharpness, until it drops off near the end. But with an optically variable lens and single image sensor, no real surprises.