Vertical Divider
Xiaomi to Unveil a 2nd Foldable in Q421
​
Xiaomi unveiled the Mi MIX Fold as its first-ever foldable smartphone in late March. A little over a month after this device’s announcement, details about the company’s second foldable codenamed J18s started emerging. All the details about the upcoming Xiaomi J18s foldable smartphone, including the latest ones, come from Digital Chat Station. 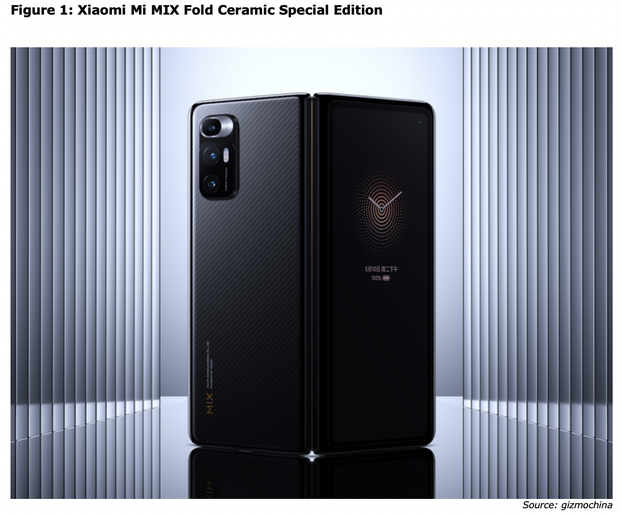 ​The handset will have an inward folding display, and both internal, as well as external panels, will support a high refresh rate. It will be powered by a Qualcomm Snapdragon 888 chipset and will be backed by a 5,000mAh battery. The Xiaomi J18s’ internal screen supplied by Samsung Display will feature a 120Hz refresh rate. The external panel provided by Visionox with an under-display camera solution will have a 90Hz refresh rate. The device is expected to house a 10M8P primary sensor, an unknown sensor with a 3x liquid lens, and an ultra-wide unit. Xiaomi’s second foldable smartphone will be like the first model with minor differences. 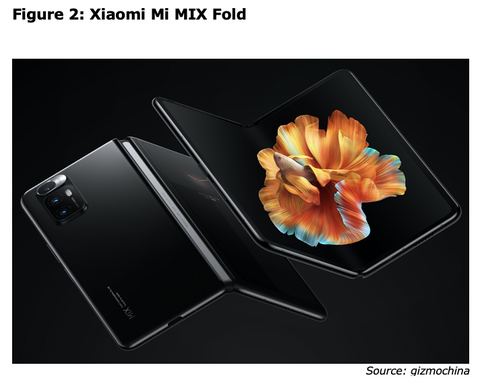 ​Xiaomi  is now pushing these features before more customers get their hands on the device. The update that brings these features comes with build number V12.0.10.0.RJTCNXM and is being seeded out in batches. The main highlight of this new system update for the Mi Mix Fold is the addition of a feature called ‘Pocket PC’. As the name suggests, this feature turns the foldable into a PC, enabling a new UI mimicking a PC, complete with a start menu, taskbar, and control center. Two other features called ‘Parallel Window’ and ‘Free Window Fingertip Dragging’ along with ‘Pocket PC’ allow users to use multiple apps in windows form and drag and drop content from one window to another, just like on a computer. Samsung and Huawei offer a similar feature on their foldables as well as regular flagship smartphones in the form of Dex and EMUI Desktop respectively. But those require an external display. The MIUI 12.0.10.0 update for the Mi MIX Fold also brings a ‘3D Surround Sound’ feature for the handset’s four speakers, a new ‘One-click Incognito’ option, and a fix for the Xiaomi SIM card activation service reminder issue. The latest available info points to Qualcomm’s Snapdragon 888 being used to power the phone.
It’ll be coupled with a 5,000mAh battery and a 108-megapixel main camera, per the rumor. Those specs match what Xiaomi offers on the original Mi Mix Fold, so it seems the upgrades will all be about the foldable aspects of the product. The next-generation foldable is said to feature an updated internal design and improved hinge design. Xiaomi is once again planning to add two displays, only this time the larger, internal panel should offer a 120Hz refresh rate. The displays themselves will be manufactured by Visionox, who’s also working with Honor on an upcoming foldable smartphone. The move means that Xiaomi’s next foldable is unlikely to benefit from ultra-thin glass (UTG) used by Samsung and Google.