Xiaomi held its own product launch event the day after Apple’s event. The various smartphone offerings were impressive, it's the smart glasses product raised the most eyebrows in the augmented reality space.  The device is called Xiaomi Smart Glasses, and they look like a normal pair of thick-framed glasses. For the fashion nerds, the design is reminiscent of the Cazal luxury glasses made famous by many rappers in the genre's earlier days. But that old school look is actually experiencing a resurgence, along with all things '80s, so the style is actually right in line with current fashion. 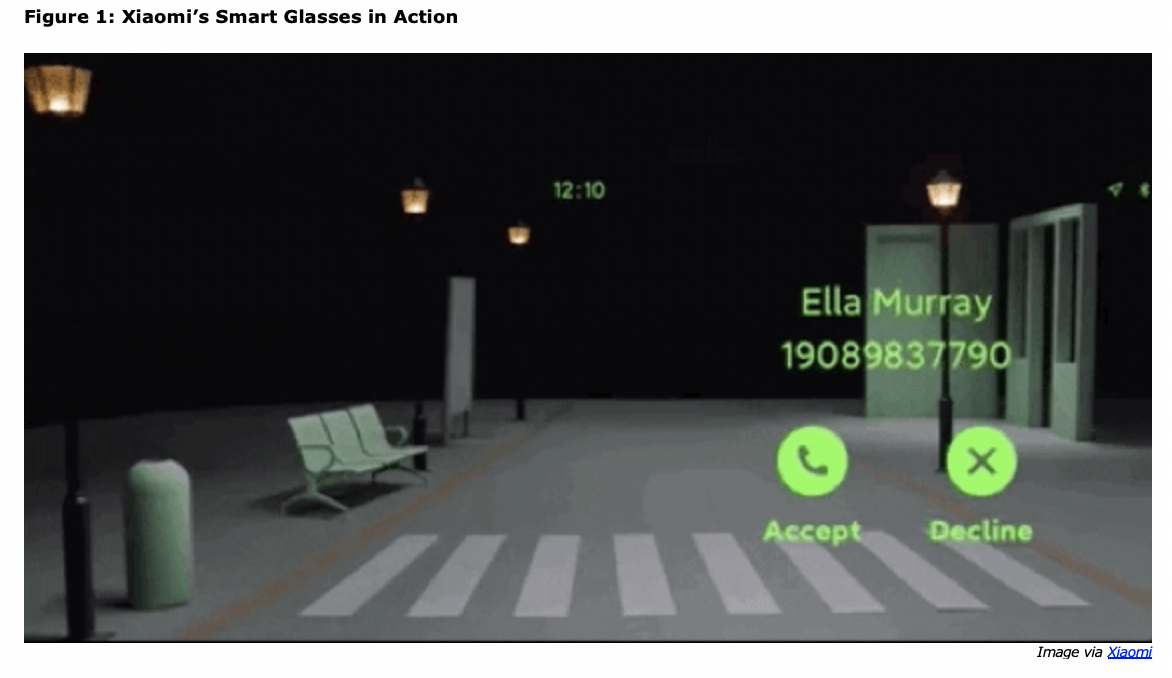 ​The Xiaomi Smart Glasses use optical waveguide technology, with a 0.13-inch MicroLED display that provides 2D graphics overlaid upon the view on the right lens. Based on the concept demo video, the smart glasses would offer everything from mobile map directions, phone and text notifications, and even real-time translations.
​
For comparison, the other style-focused, mainstream consumer-oriented product in this category would be North's Focals (which was acquired by Google in 2020). 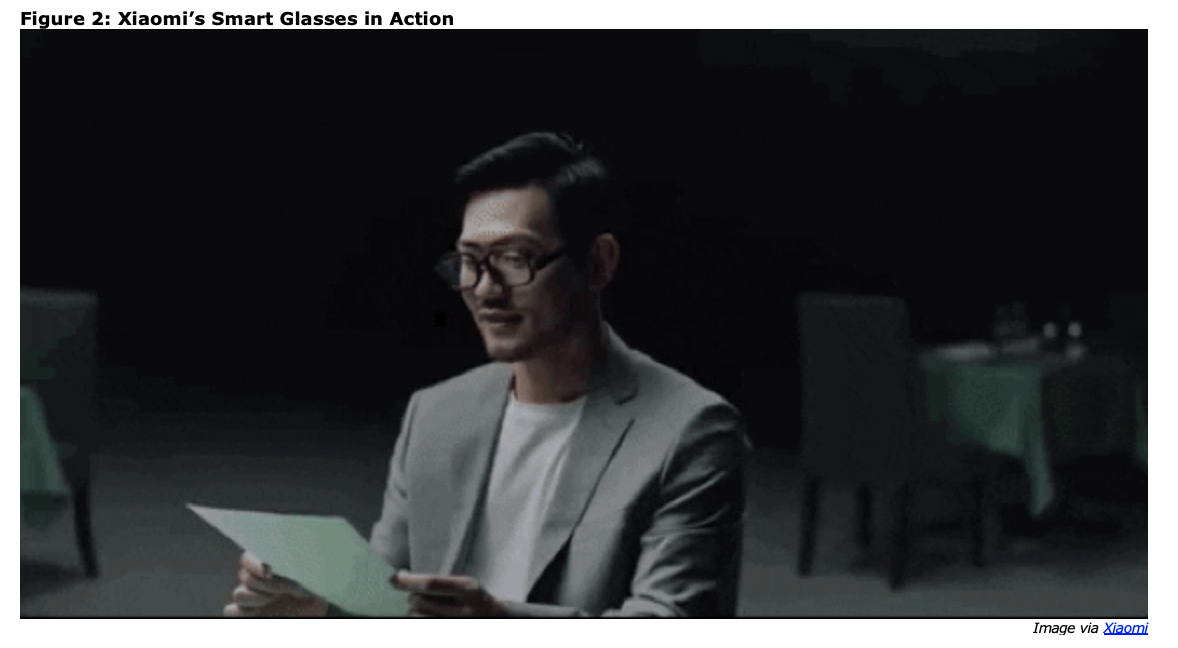 ​The smart glasses use the Android operating system, run on a quad-core ARM processor, weigh just 51 grams, have built-in microphones and speakers, and comes with a 5-megapixel camera that can be triggered with just a simple tap on the frame's arm.

​Xiaomi hasn't announced a release date for the device, so it may be a prototype. 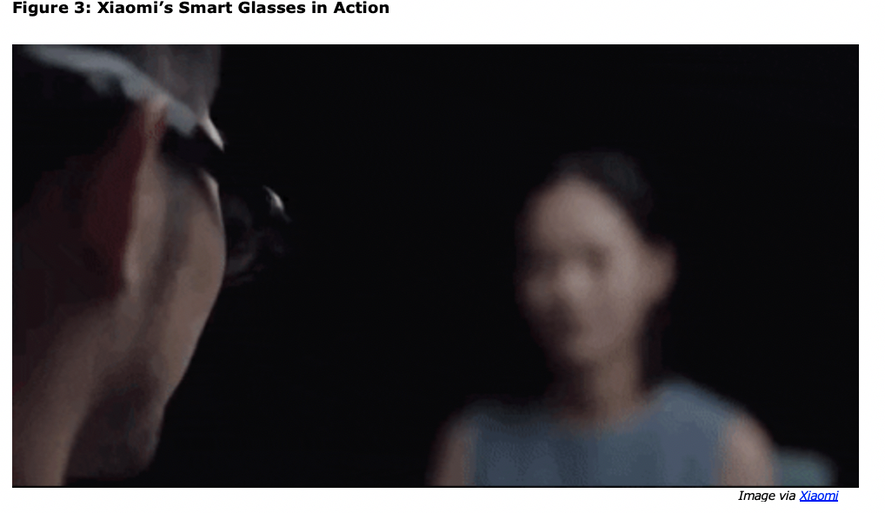 ​The US government removed the long-running ban on Xiaomi devices in the US in May, so now the way is clear for Xiaomi to not only compete with US smartphone makers, but also challenge the emerging class of smart glasses coming from the likes of Facebook, Snap, and Amazon.