Xiaomi's sub-brand, Black Shark, has just released its new gaming smartphones with tons of cool gaming-centric features. The phones are intended for China first and will later become available to the global market, as per the company's strategies of the past.

Black Shark 3 Pro
The Pro version offers a couple of extra features on top of the non-Pro version and also has a bigger screen. The Black Shark 3 Pro is built around a massive 7.1-inch QHD+ OLED panel running at 90Hz. It also boasts the world's fastest 270Hz touch-sampling rate as well.

Source: Company
It has a Snapdragon 865 chipset and supports 5G and WiFi 6 connectivity. The phone can be coupled with either 8 or 12GB of RAM, but only the 12GB version comes with the latest LPDDR5 memory, the 8GB settles for the LPDDR4X. Storage-wise, there is only one version and it's 256GB.

The handset comes with a 64MP main camera with f/1.8 aperture, a 13MP ultrawide unit and a 5MP depth sensor. The selfie camera has a 20MP sensor. The Black Shark 3 Pro comes with a massive 5,000 mAh battery and supports fast 65W charging. Xiaomi says it can go from flat to 100% in just 38 minutes. And when in the middle of a game and need a refuel, it supports a magnetic charger on the back of the phone that doesn't go quite as fast but 18W would do just fine during a gaming session.

​Source: Company
Another advantages of the Pro model is the new pop-up triggers. The touch-sensitive air triggers from the previous version of the phone are replaced with physical pop-up buttons, and Black Shark promises they can last at least 300,000 presses without any issues. 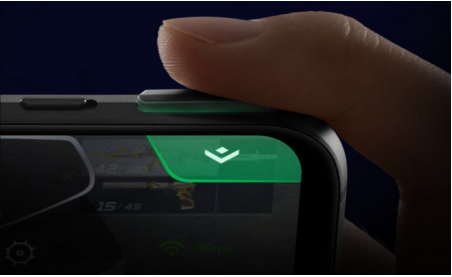 ​Source: Company
Black Shark 3
The vanilla version employs a smaller 6.67-inch OLED screen and lower FHD+ resolution, lacks the pop-up triggers, and offers a smaller 4,720 mAh battery. Another difference is in the storage variants - 8GB/128GB, 12GB/128GB and 12GB/256GB. The rest is pretty much the same.
​
Figure 4: Xiaomi Black Shark 3 (1) 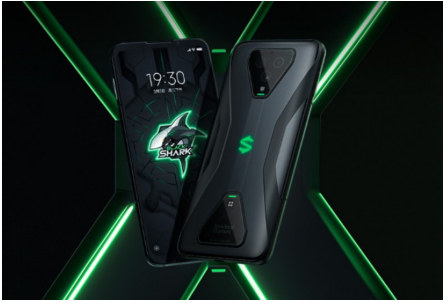 ​Source: Company
Drom a design standpoint, both phones are identical - metal and glass have been used for the build, there are no holes or cutouts on the display on the front and, an improved sandwich-like cooling solution has been implemented with double the heat pipes compared to the previous generation. Unlike the Black Shark 2 and 2 Pro, the 3 and the 3 Pro have 3.5mm audio jacks. 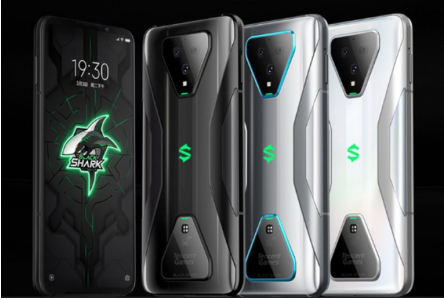 ​Source: Company
The vanilla model comes in three colors - Lightning Black, Armor Gray, and Star Silver, while the Pro is offered only in Phantom Black and Armor Gray.
Black Shark 3 will go on sale from March 6 starting at CNY 3,499 ($500) for the 8GB/128GB model while the Black Shark 3 Pro's price will be CNY 4,699 ($675) for the base 8GB/256GB configuration and it will be made available from March 17.