The patent was filed with CNIPA (China National Intellectual Property Administration) under the title of "two-component phone", reports LetsGoDigital.  The patent describes a device with two components: the "main part" or the body and a "split part" or the detachable display.  When the display is connected with the body it looks very much like an ordinary smartphone. The patent hints that the removable display can also be used separately without the main body.  At the bottom of the display, are connector pins that go inside the other component of the smartphone. The patent also hints that the display can be used separately without the main body. When the device is not connected, one can see that it has two front cameras with a LED flash. 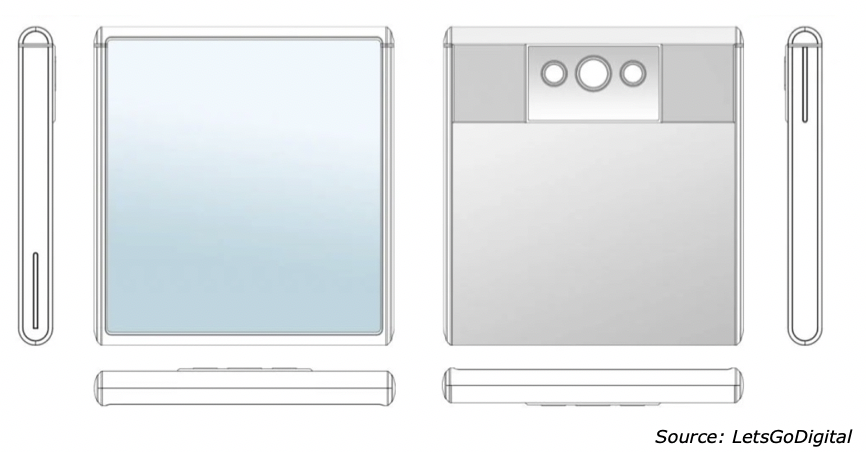 Recently, the company patented a new smartphone with an all-around screen like Mi Alpha with a single 108MP camera. The patent was filed by Xiaomi in January but the documentation, as well as images were published last month. In terms of design, the main display flows over the edges of the device and even loops around to reach the back panel. On the back, there is a second display that starts just millimeters from where the front one ends.

Xiaomi intends to start mass-producing smartphones equipped with its under-display camera technology next year shown in a video posted to its YouTube channel.
Xiaomi latest version of the technology works by allowing the selfie camera to see through the gaps in the display’s sub-pixels and the area of the display above the camera has the same density of pixels as the rest of the screen, so it can “perfectly disguise” the selfie camera underneath. Xiaomi adds that the selfie camera itself should match the performance of more typical front-facing cameras. 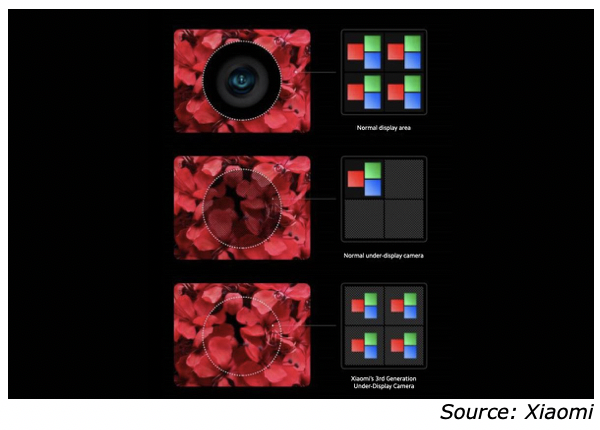 Although it says that the screen area above the camera should match the “brightness, color gamut, and color accuracy” of the rest of the display, Xiaomi’s blog post doesn’t mention whether the panel itself is OLED or LCD, or what kind of resolution we can expect it to be. Despite Xiaomi’s claims that the selfie camera is perfectly disguised, there still appears to be a small square shadow visible behind the display at the 0:29 mark in its promotional video. 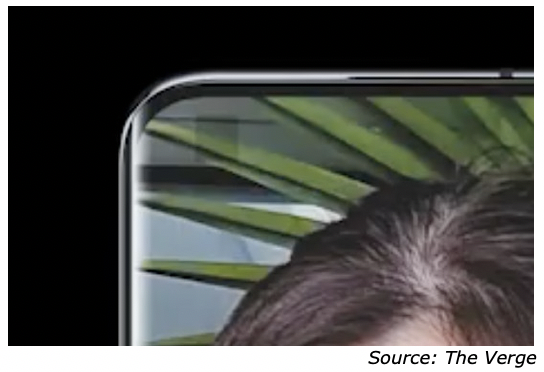 ​Xiaomi and Oppo both introduced the technology back in June last year, and Oppo showed off a working prototype that month at MWC Shanghai, but the effect wasn’t perfect, and that the area of the screen above the camera appeared more pixelated than the rest of the screen. Vivo had also planned to show its take on the technology in a concept phone at MWC this year before the event was cancelled due to the coronavirus. Xiaomi will not be first smartphone manufacturer to bring the technology to a mass-market device, though. Earlier this month, ZTE said it would be launching a smartphone with an under-display camera on September 1st called the ZTE Axon 20 5G.