A Xiaomi spotted by German site WindowsUnited (h/t Gizmochina), shows a phone design with a large display up front that exposes a set of selfie cameras when slid downwards. In effect, Xiaomi did something similar with the Mi Mix 3 before. But there’s a notable difference between that more traditional slider and this design.
This device’s display wraps around the phone’s bottom edge and covers most of its rear, too. Effectively, the entire screen slides on the phone’s body. This means that if the front of the phone’s screen is slid down to reveal those selfie cameras, the screen on the back of the phone slides upward, presumably covering the phone’s rear cameras. 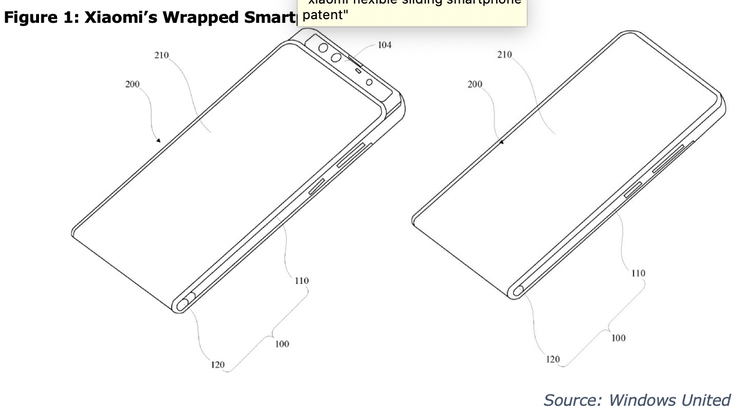