Vertical Divider
Xiaomi Patents a Big Flip Phone Design
​
Xiaomi has patented seven different designs of phones with foldable displays, now the company has reportedly filed another patent only to be bigger and better, it could have the biggest display ever on a ‘smartphone’. The patent filed with the China National Intellectual Property Administration (CNIPA) suggests that this would be an inward folding design. Xiaomi’s new foldable comes with one massive display that continues through the edge to form the secondary display. The patent shows that the phone could have a large bump, like the Huawei Mate XS, on one side that not only will make it easy to hold onto and will essentially house the camera module and other sensors. The images seen here, show multiple camera modules that can work as rear-facing cameras when the device is folded and as a powerful selfie camera solution in tablet mode. This would help cram the best possible camera sensors as they could serve the dual purpose and hence the phone will not require any notch or punch holes to house the display. 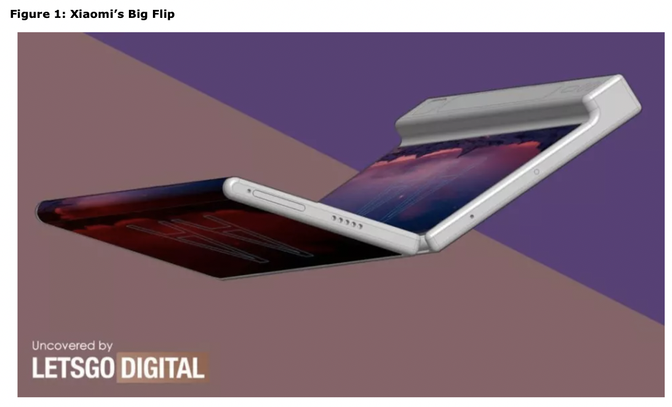 ​However, on the downside, you might need to unfold the phone to tablet mode every time you need to take a selfie. It is not the first time that Xiaomi is working on a phone with a complex wrap-around display. The first foldable device that the company made - the Mi Mix Alpha had a wrap-around foldable design. Though the phone was never released to the public and even media wasn’t allowed to “touch and feel” the phone, it did seem to work efficiently in the videos released by the company. Though the Mi Mix Alpha had an outward folding design, this new patent seems to be an extension of the same design thought but with an inward folding display which is considered to better protect the foldable mechanism and the display itself.