Vertical Divider
Wistron Shows What a 17” Foldable Looks Like

Lenovo broke the dam holding back foldable displays on laptops when it released the Think Pad X1 fold, with a 13.3” OLED  display that folds in half into a 7 inch laptop, with the lower half of the screen functioning as a keyboard or input area. The recently announced Wistron Foldbook has a 17 inch OLED display that folds at the middle, into a 10 inch laptop and works with a set of accessories: one makes it a better laptop, while the other turns it into a desktop. 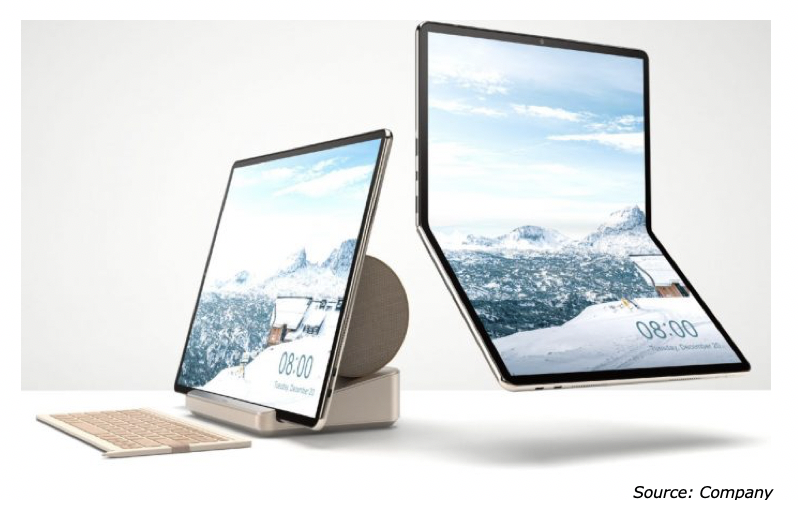 Wistron submitted the Foldbook for consideration in the IF Design Award 2021 competition, where it earned a place as a finalist. But Wistron doesn’t produce and sell its own products, so it would be branded differently.
The Foldbook is a  17 inch tablet with support for touch or pen input, built-in speakers, and a couple of ports including at least two USB-C ports. Although it can be used as a handheld device, it seems a little large for that. Wistron also included a kickstand that props it up for use on a table, counter, or desk. 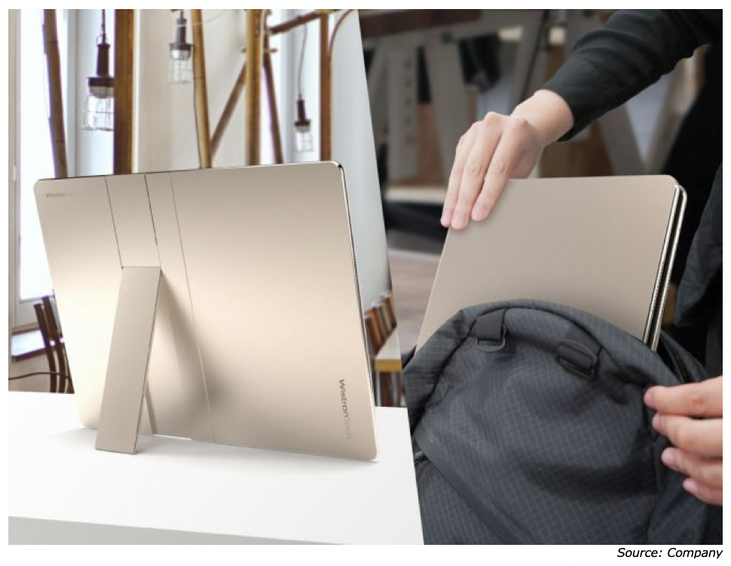 There’s also a docking station accessory that provides access to more ports including full-sized HDMI and Ethernet jacks and a couple of USB-A ports, as well as a larger speaker for richer sound and it comes with a detachable keyboard. Bend the display at the center and the keyboard snaps magnetically in place over part of the lower portion of the screen for a comfortable touch-typing experience. Or detach the keyboard and place it in front of the Foldbook to use the system like an all-in-one desktop PC. 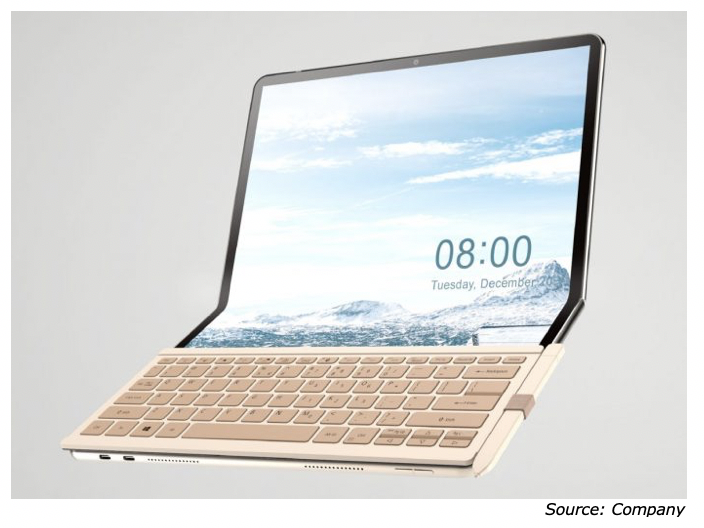 ​The Foldbook is more of a concept than a real product, so there’s no information about specs or ricing. But the foldable display technology required to make this sort of device a reality is already here.