Vertical Divider
Why Huawei Is Needed in the Smartphone Industry

The next article reviews the recently released Huawei Mate X2. The next article reasons on how Samsung could use these advances to improve the next Z Fold device. The Mate X2 is Huawei’s attempt to regain its competitive position with Samsung in the foldable market. Ironically, Huawei’s new design is highly reminiscent of the Samsung Galaxy Z Fold 2‘s “innie” design. Huawei is doing it really well here, possibly even better than Samsung. 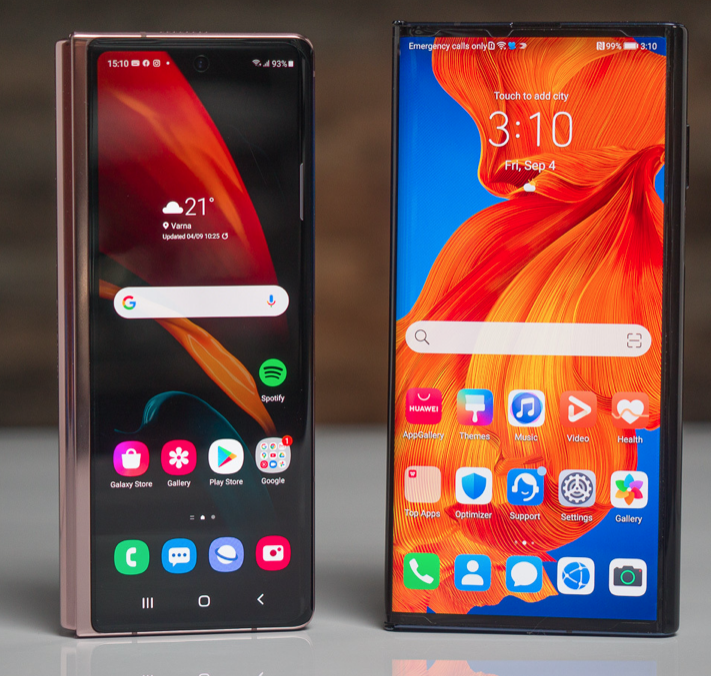 Source: PhoneArena
The Mate X2 does away with the external-folding screen of its predecessor and safely encloses the foldable screen on the inside without eliminating the gorgeous full-sized external display. The spine of the Mate X2 is very well machined, and it doesn’t look like dust would be able to get into the innards of the chassis very easily. The top edge of the Mate X2 houses some speakers, a mic, an IR blaster, and the SIM tray. The bottom edge has another speaker, mic, and a USB-C port. The right-hand side of the Mate X2 has a volume rocker and a fingerprint scanner embedded in the elongated power button. 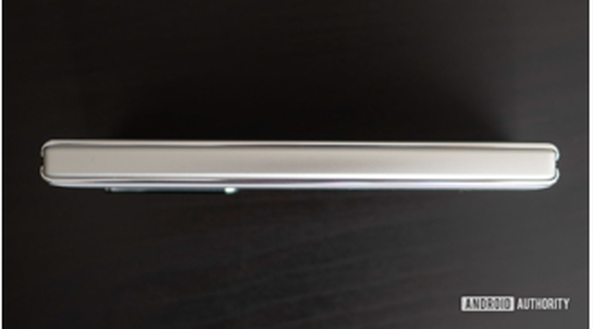 Source: AndriodAuthority
Seen side-on, the front section has a slightly funny-looking wedge shape to it. The Mate X2 is a pretty chunky phone but it’s actually thinner at the hinge when closed than the Galaxy Z Fold 2 and folds flatter. The Mate X2 also provides a much better viewing experience when closed than Samsung’s foldable. The Mate X2 is a perfectly normal phone when closed. There’s no bizarre 25:9 aspect ratio here like the Z Fold 2, just a regular 21:9 OLED like any other phone you’re used to. The 6.45-inch 90Hz OLED panel has 2,700 x 1,160 resolution (456ppi) and apps are displayed at normal aspect ratios, even in split-screen mode when the Mate X2 is open. 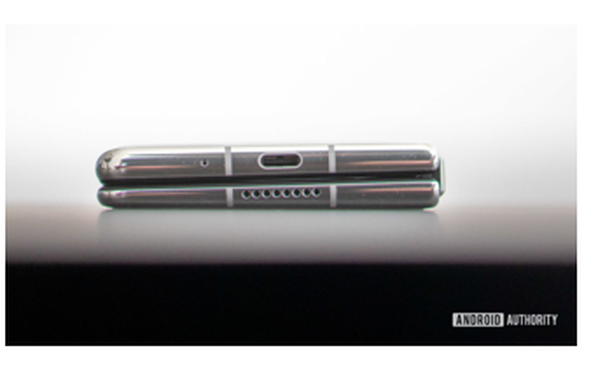 Source: AndriodAuthority
The 90Hz OLED main display is no less than 8-inches on the diagonal (2,480 x 2,200 pixels, 413ppi) and unmarred by any camera notches or cutouts. The only downside is that video calls are possible when it’s unfolded. This design uses the main camera array on the back to take selfies too. There’s still a 16MP selfie camera on the external display for when the phone is closed but open the Mate X2 up and any of the main cameras are available for selfies with the external screen as a viewfinder, including the 10x optical periscope camera. 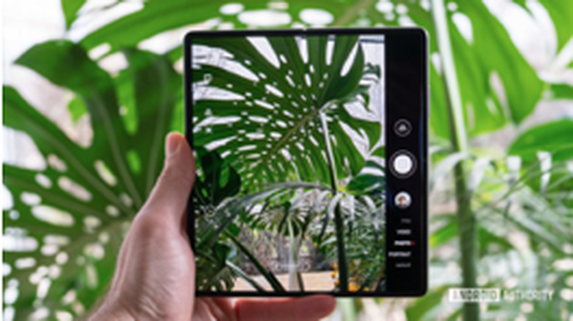 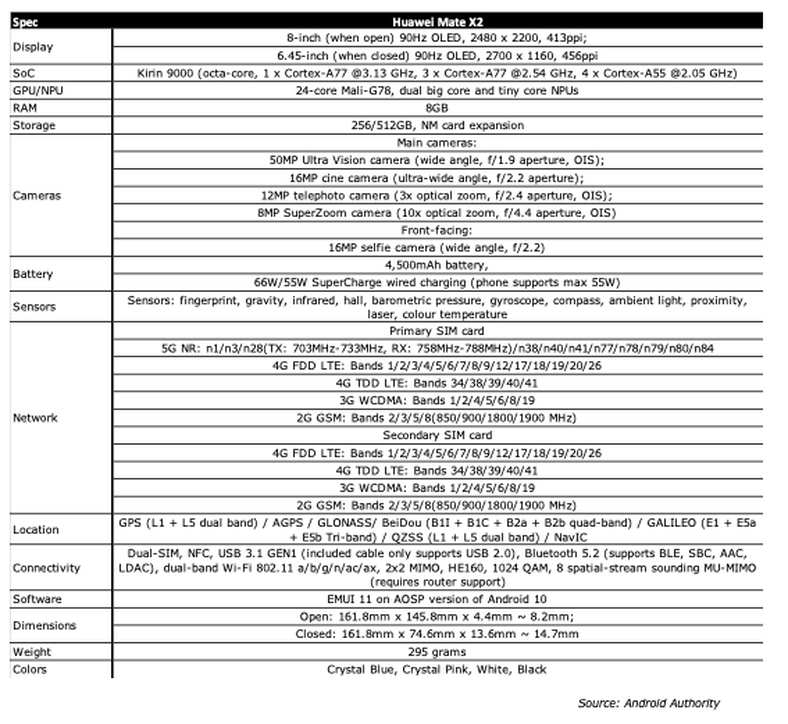 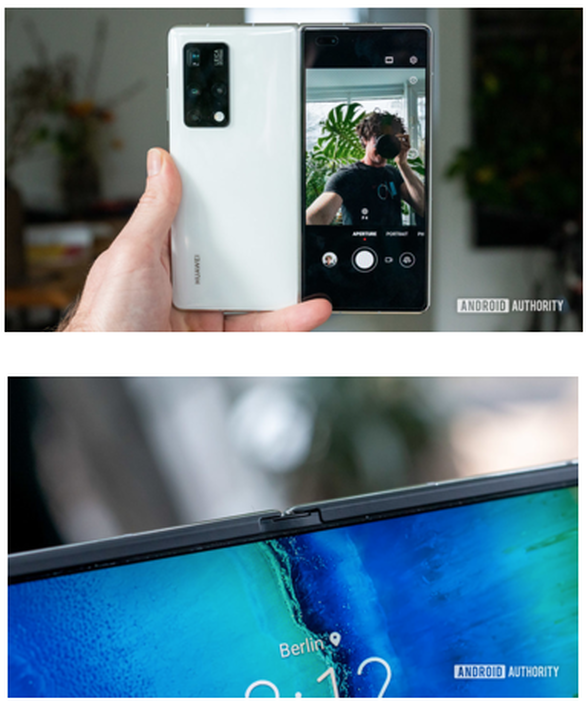 ​When looking at on one screen. the other will expand when opened or compress when closed. Huawei’s AppGallery has picked up a lot more apps than when the  Mate Xs was released last year, but there’s still no support for Google apps here.

The bezel comes with a protective cap on it, eliminating the need to cover up the edges of the screen protector-like layer that was a bit of an eyesore on the Mate Xs. A crease technically exists, but it’s so minimal it’s not noticeable. The Mate X2’s display is flat, and the fold can be felt by swipe a finger across the middle of the screen, but it’s a huge improvement over all other foldables. It’s a very solid device that when unfolded, the screen locks into place very firmly. 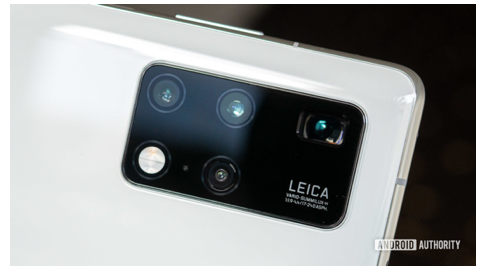 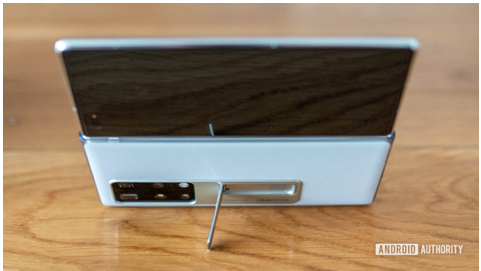 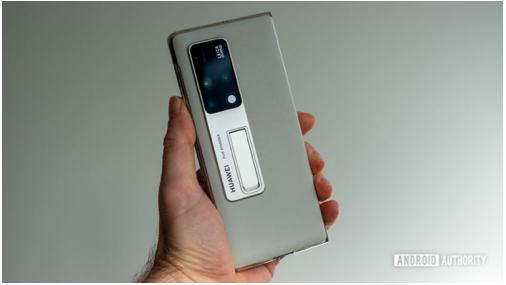 The Z Fold 3 is coming and based on the Mate X2 and a prior review of the Z Fold 2, here are some suggestions for the Z Fold 3: 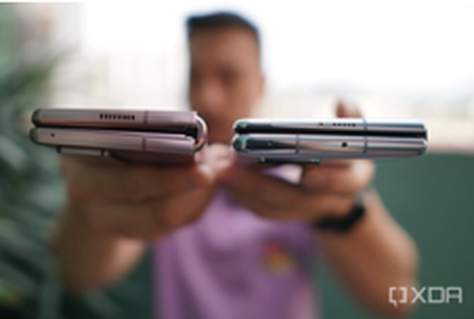 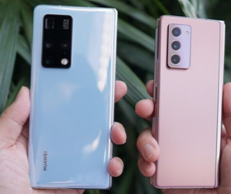 Figure 11:  Variations on S-Pen Support on the Z Fold 3 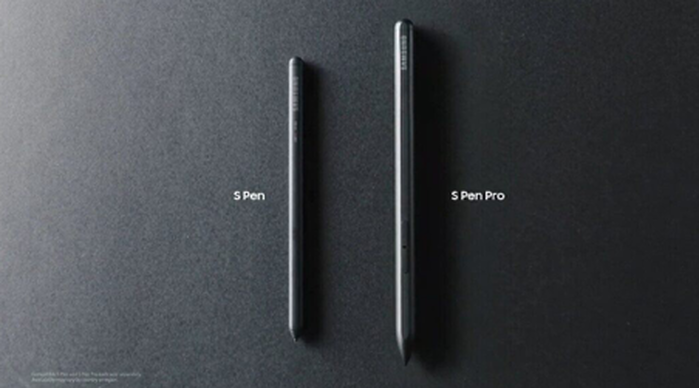 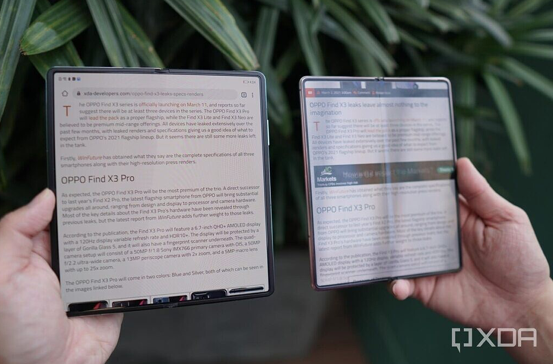 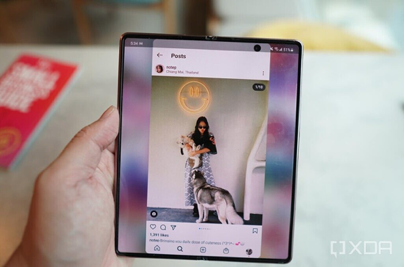 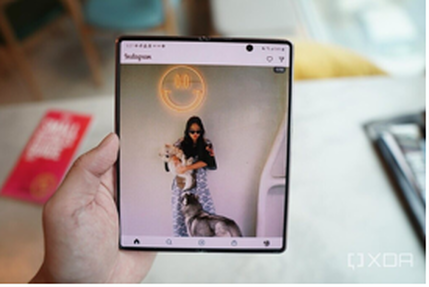 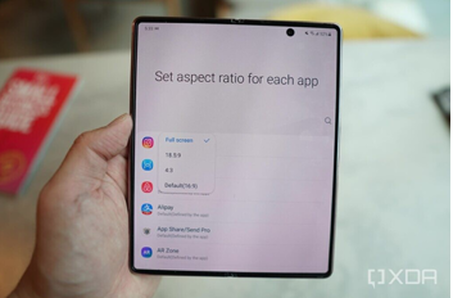 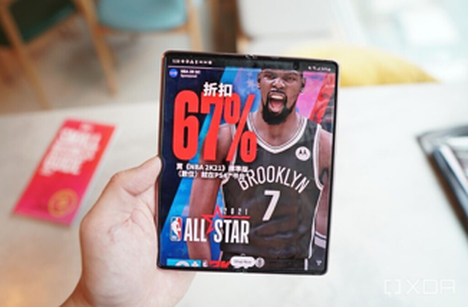