Bjarke Ingels Group (BIG) has produced one of its most iconic designs e with its newly unveiled O-Tower. The building is envisioned as a R&D headquarters for OPPO and will feature an unusual form, likened to an infinity loop that maximizes daylight inside and creates a greenery filled courtyard at its center. Assuming it goes ahead – which, to be clear, has not yet been confirmed at this early stage – the O-Tower will be located in Hangzhou on a prominent site between a natural lake, an urban center, and a park.
​
Figure 1: The O-Tower Slated For Hangzhou

Its overall design brings to mind the firm's Courtscraper, which is triangular but also arranged around a central courtyard. As well as creating the courtyard and symbolically referencing the O in Oppo, the idea behind the design is that it will maximize natural light inside and offer maximum flexibility of interior floorplates.
"The needs of contemporary tech companies frequently put them in a position to choose between ideal deep and flexible floor plates to support creative and dynamic workspaces, and shallow floor plates that provide optimal work environments including access to daylight and views that benefit employee well-being and productivity," explains BIG. "The new Oppo R&D Headquarters, or O-Tower, resolves these competing requirements by translating a traditional office slab with the perfect depth for access to daylight into a cylindrical courtyard building that is compact yet also providing large, contiguous floor area. "Pushing down the southern edge of the building to the ground minimizes the external surface area of the more solar exposed façade while maximizing views out from the inward facade, which is in turn self-shaded from solar gain by the geometry of the tower. The massing is a manifestation of a building form optimized to reduce energy use and maximize access to natural light."

Figure 2: The O-Tower’s Public Greenery Filled Courtyard At Its Center 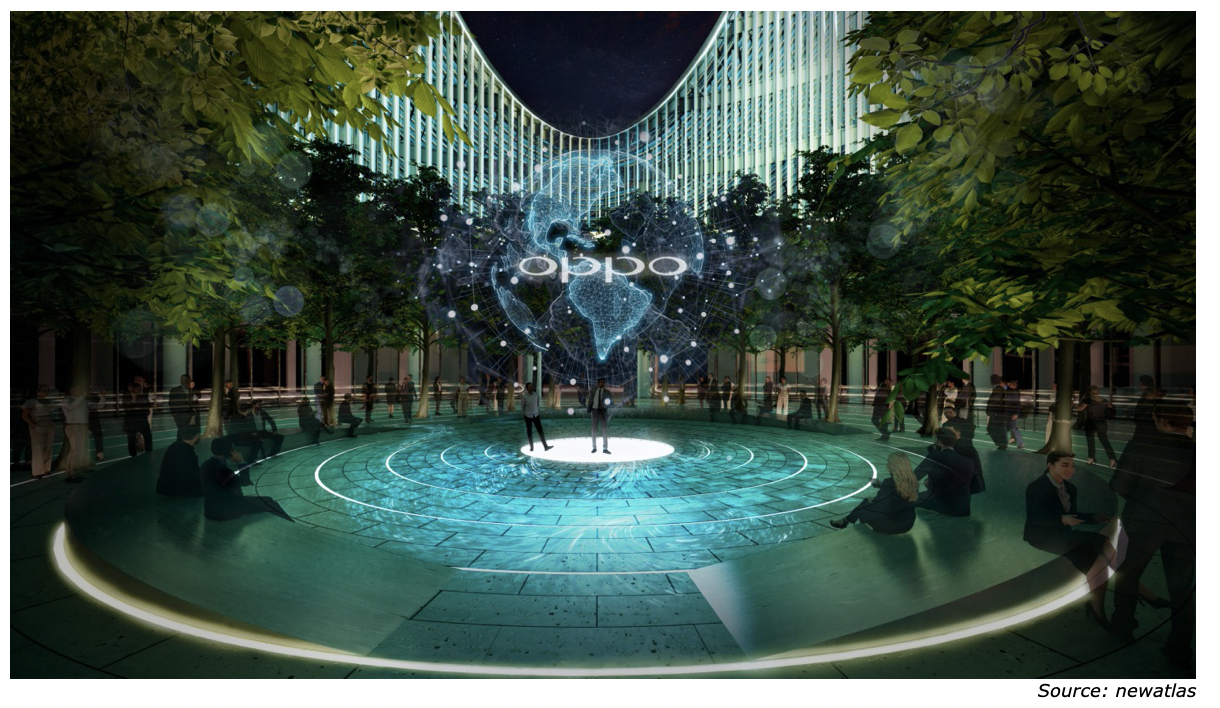 The O-Tower's lower floors will be publicly accessible and contain space for exhibitions, conference centers, a canteen, and workshops, while the upper floors will be mostly dedicated to office space. Significant greenery will also be planted throughout. The building is designed to be energy efficient as its glazed facade will be wrapped with louvers that will be oriented toward the Sun. According to BIG, this will reduce solar heat gain by 52 percent. The project follows the announcement of another Oppo HQ last year that's slated for Shenzhen and designed by Zaha Hadid Architects. That project is expected to be completed in 2025. 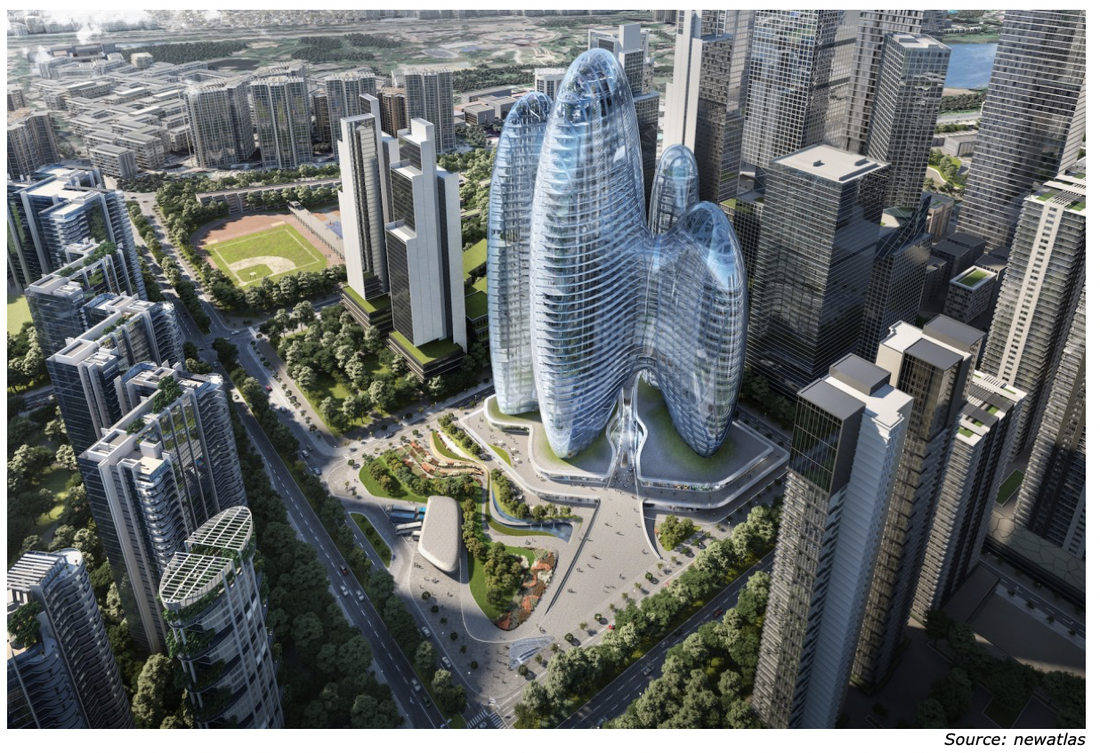