​The worldwide market for wearable devices grew 82.3% in the fourth quarter of 2019, reaching a new high of 118.9 million devices shipped, according to IDC.
The stunning growth was largely due to the proliferation of hearables, which captured 55.3% of the entire market. Other popular categories that also experienced growth during the quarter included smartwatches (15.3% on year) and wrist bands (17.7% on year). Wrist-worn devices captured 43.8% of the total market, down from 68.6% last holiday season. Though the share for wrist-worn devices declined, the category itself grew 16.3% over the same period. For the entire year, vendors shipped a total of 336.5 million wearable devices worldwide, resulting in an 89% increase from the 178 million units shipped in 2018. 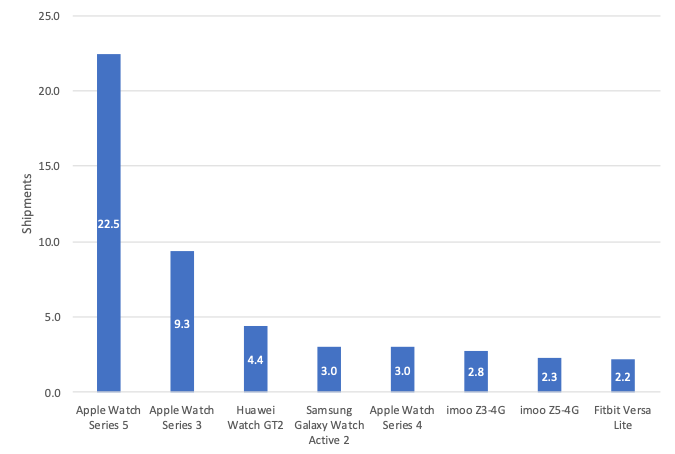