Vertical Divider
VRR, ProMotion and LTPO Expected to Highlight the iPhone 13
​
Apple will source LTPO OLED panels from LG and Samsung for next year's Pro iPhones and should go hand-in-hand with the expected a 120 Hz 'ProMotion' refresh rate on the iPhone 13 Pro and iPhone 13 Pro Max. Reports from DSCC indicated that Apple could not procure the needed DDICs for 120Hz, while others pointed to decision favoring battery life vs. variable refresh rates. 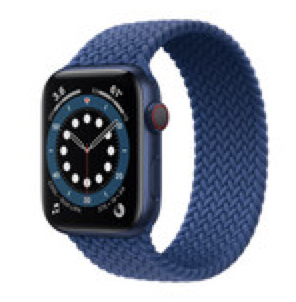 Source: Notebookcheck
The Elec claims that Apple may be gearing to bring variable-refresh-rate displays to next year's iPhones. LG is currently preparing to mass-produce LTPO OLED panels that Apple, uses on its Watch Series smartwatches. The Samsung Galaxy Note 20 Ultra was the first smartphone to feature LTPO displays. According to The Elec, LTPO panels will be making their way to 'higher-tier iPhone models' in 2021, making the iPhone 13 Pro and iPhone 13 Pro Max probable candidates. The switch to LTPO displays may bring more advantages than just high-refresh-rates to the iPhone 13 series, though. Starting with the Apple Watch Series 5 an always-on-display (AoD) functionality was implemented. Additionally, improved battery life at 60 Hz with reduced display power consumption is possible. Apple is believed to have scheduled the release of the iPhone 13 series for September 2021, returning to its typical release window for iPhones.