Vivo X60 Pro Plus has a gimbal camera system on which videographers place their cameras. Once mounted, the camera sits on a pedestal in a “floating” state, and sudden movements are slowed down via the pivoted pedestal.
vivo’s gimbal camera system is a super miniaturized version. The tiny camera lens is mounted on top of an elevated system that helps stabilize sudden movements. 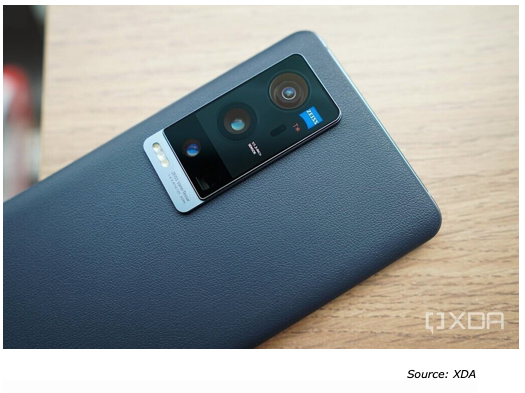 Vivo is collaborating with iconic German lens-maker Zeiss. According to both parties, Zeiss experts visited Vivo’s production line to review the Vivo X60 Pro Plus’ optical hardware. Zeiss’ T-coating, which reduces glare and stray light, has also been applied across both the main and ultra-wide camera. I’ll cover this later as we look at some photo samples — the priority of this piece is to put that gimbal camera system to the test. 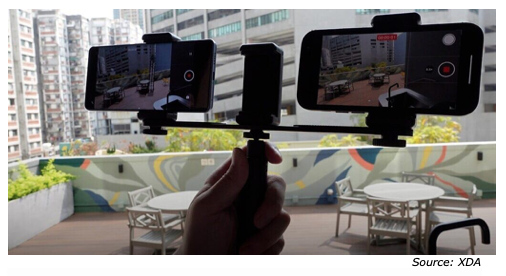 The iPhone likely has the best stabilization across the board in smartphones, so it was of importance to pit Vivo’s gimbal system against the best. 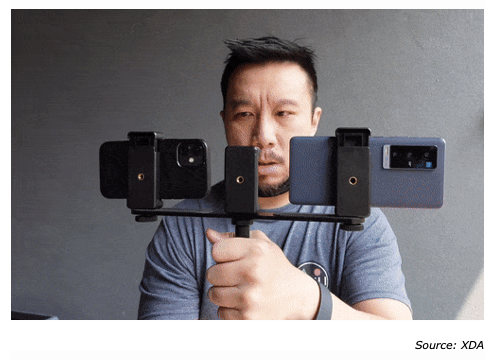 The Vivo X60 Pro Plus’ video is clearly superior to the iPhone 12’s — not only does it have fewer stutters with each step I take, but the video is also noticeably sharper with less noise too, thanks to that 48MP sensor that trumps Apple’s 12MP ultra-wide in both pixels and sensor size.

The Zeiss T-coating on the Vivo X60 Pro Plus reduces lens flare a bit when taking photos directly at a harsh light. The Galaxy S21 Ultra and the iPhone 12 have a blue dot as a result of lens flair. But outside of these extreme examples, there’s not much of difference

The 4,200 mAh cell is not the largest around, but the screen is not the power hungry WQHD+ panel found in the Xiaomi Mi 11, Galaxy S21 Ultra, or OPPO Find X3 Pro.

​The phone lacks premium flagship specs, and the bottom-firing speaker is weak compared to most new phones. Vivo’s FunTouch OS software has improved by leaps and bounds over previous generations, it’s still not as good as OPPO’s ColorOS or Xiaomi’s MIUI. For example, the settings page is still over-complicated, and multi-tasking is still relegated to just split-screen, while ColorOS, MIUI, Huawei’s EMUI, and Samsung’s One UI all allow apps to open in a floating window, which feels like a more useful way to multi-task. Vivo’s software also has an exhaustively long list of “beautifying” features which are essentially filters that alter selfies. It’s not just that the results can appear unnatural, but they also subscribe to a stereotypical western ideal of beauty such as lighter skin, skinnier nose, larger eyes. This type of mentality is not healthy. Vivo does not have official prices yet for the global region (which includes India, Southeast Asia, and Europe), but in China, this phone retailed for 5,998 yuan, which is around $900. The screen isn’t as  bright or hi-res as the OPPO Find X3 Pro or Galaxy S21 Ultra, and the lack of stereo speakers, wireless charging, or IP water resistance rating may disappoint, but the X60 Pro Plus will very likely be several hundred dollars cheaper.