During the First World Conference on Display Industry in China, Visionox showcased a foldable clamshell smartphone and a rollable OLED panel hinting at even more interesting designs in the next one or two years. Visionox also supplies the futuristic panel for the Xiaomi Mi Mix Alpha. The foldable clamshell prototype that was shown looks a lot like the new Motorola Razr 2019 but looking closely, the design looks more polished and resembles a normal handset from 2019. The AMOLED display used for the prototype is 6.47" big with on-cell technology. It folds inwards in the middle but more importantly, Visionox promises that there will be no crease in the middle when the technology reaches a final product. And as for the rollable AMOLED, Visionox showcased a flexible panel that can be rolled within a 7mm radius. The panel features on-cell touch display technology and self-lamination. However, this particular prototype is still far from being implemented into a final product, hence why the company showcased only the display itself without being slapped on an actual handset.
Figure 1: Visionox AMOLED a Foldable Clamshell Display 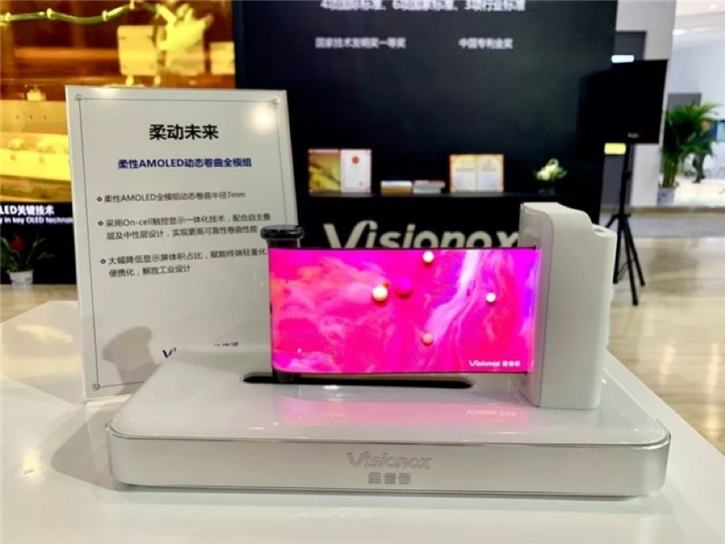 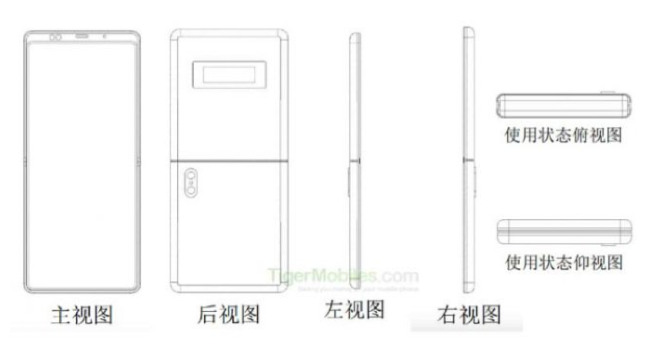 Source: Tiger Mobiles
​The Xiaomi clamshell has a hinge in the centre-back of the screen, with what looks like space for a rear camera or secondary display, and two front-facing cameras while folded. Unfolded, the device has a bezel on top of the screen, possibly for a third camera, presumably a pinhole selfie one.  Filed in 2018, the patent has only recently been made public, with more focus on the overall design than any concrete specifications. This isn't the first Xiaomi folding phone concept to be revealed: the company released a teaser video earlier this year showcasing a phone that folded twice, transitioning from a tablet into a smartphone with a wraparound screen.