​VCSELs (Vertical Cavity Surface Emitting Laser) are part of a number of sophisticated systems involved with facial recognition and computational photography.  In most cases VCSELs are the basis for structured light systems, such as Apple’s Face ID and in LIDAR and TOF (Time of Flight) systems that are used for identification or photographic enhancement.  While consumer products are certainly the biggest share of the VCSEL market and will likely remain so over the next few years, the automotive market is one that is expected to grow from almost nothing ($0.1m) to ~$30m in 2024.  Again, this is dwarfed by the consumer/mobile segment which is expected to reach almost $3.4b in 2024, but there is enough promise in the automotive segment of the VCSEL market to warrant attention.

Typically, the use of VCSELs in the automotive market would come from what are called exterior products, Lidar systems that are used as part of overall collision avoidance systems in autonomous vehicles, but we believe the better opportunity would come from the use of VCSELs inside the cabin.  Interior cabin sensing can be used in almost any vehicle and therefore does not depend on the success of autonomous vehicle adoption.  Such systems use the ability of VCSEL systems to map real-time positioning of all cabin occupants and how that has changed from second to second.

Simple applications such as identifying occupants as they enter a vehicle and adjusting the environment to their known likes are potentially available but more of a luxury item, while checking for the presence of an infant in the car or monitoring the driver (asleep or not asleep?) will eventually become standard items.  Europe has mandated that all new cars sold in 2022 and beyond be equipped with driver monitoring systems. There have been developments that use VCSELs for optical touchpads mounted on the steering column, which allow the driver to perform many interior functions with gestures, keeping hands close to the steering wheel. 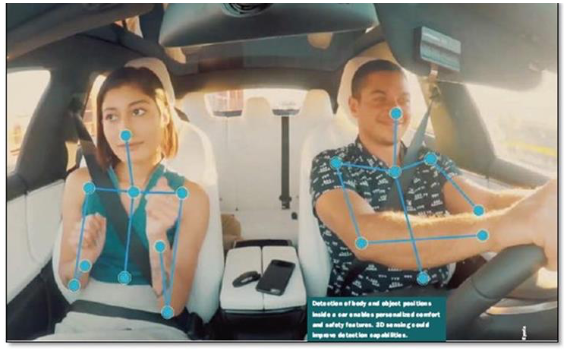 Source: EyeSight
While structured light systems also use VCSELs, they require very accurate parameters to triangulate distance and location effectively, while TOF sensors have a greater range but are less accurate.  This gives system designers a number of alternatives based on the location and application of the VCSEL sensor, and given that the cabin temperature tends to have a narrower range than an automobile exterior, interior sensors face less temperature issues.

Driver ID and monitoring systems generate considerable data and internal AI algorithms use that information to make decisions, but some are wary of data being exploited by others, as it would be rich in details about where the vehicle has traveled at what time of the day, with who, and even how many bags or boxes were brought into the vehicle.  There are already bans in San Francisco about facial recognition, so security concerns will likely have to be addressed as the technology is developed.


The use of VCSEL-based systems in the automotive space is not limited to autonomous LIDAR systems and should develop more quickly as interior monitoring systems than exterior ones.  Making sure that long-haul truckers are awake, or drivers are not distracted by phones or other items are relatively simple applications relative to those involving autonomous vehicle anti-collision systems, and do not need the vehicle to be other than what is available today.  Add this potential to the applications in the mobile and consumer space. 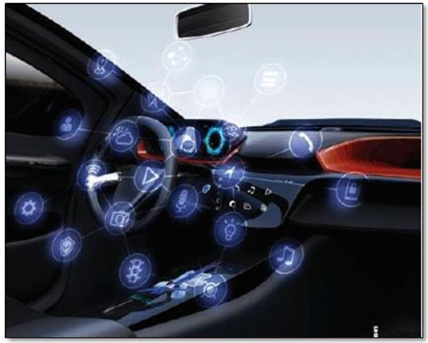