Vertical Divider
US Crackdown on Chip Sales Anticipated by Huawei
May 31, 2020
​
Following the latest U.S. crackdown on May 15, there are no long-term alternatives for new IC orders immediately available to Huawei, as Washington has in effect blocked the production of Huawei-designed chips. In anticipation of the lockdown, Huawei Technologies stockpiled up to two years' worth of crucial American chips to shield its operations from Washington's crackdowns, sources told the Nikkei Asian Review. Huawei's stockpiling efforts focus on central processors made by Intel for use in servers and programmable chips from its peer Xilinx, the sources said. These are the "most essential components" for the company's base station business and emerging cloud business, and it has enough inventory to last between one and a half and two years, they added. Huawei revealed last week that it spent 167.4 billion yuan ($23.45 billion) stockpiling chips, components and materials in 2019, up 73% from the previous year. The company's first public confirmation of such efforts came three days after Washington further tightened export control rules to block any non-U.S. suppliers from producing chips to Huawei's own designs. 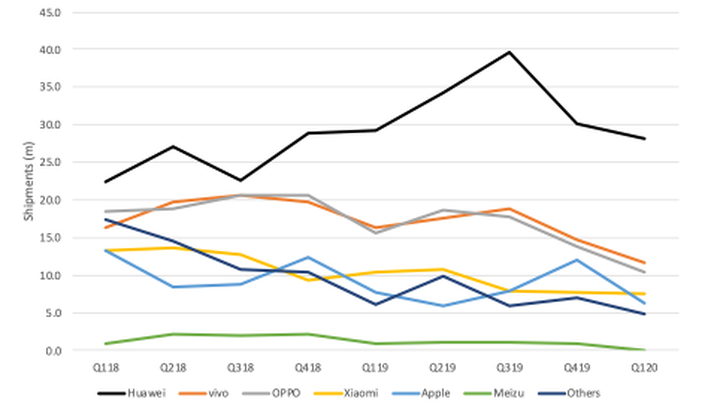