The economy is healing rapidly, the bull market remains intact, and technology is raising potential future growth.  But government actions could undermine these positive trends which could be exaggerated by the imposition of regulatory controls on Big Tech. The Chinese government is well ahead of the US. China’s tech industry has seen plummeting stock prices. The reasons for the attack seem to be beyond the purview of America’s China watchers. Veteran NYT tech reporter Kara Swisher writes, “The Crackdown in China Is a Hot Mess, and It’s Coming for Us” “As with all things in the authoritarian country, the reason for this is shrouded in doublespeak about privacy, cybersecurity, and sensitive location information — particularly rich, coming from a place that has essentially turned itself into a surveillance economy.” Another opinion from Noah Smith is that China is focusing on stepping on its consumer-facing products, to push engineers and entrepreneurs to work not on innovative fun tech, but innovative tech like chips, firmware, manufacturing, engines: “...China’s top leaders are now trying to direct the country’s industrial mix toward what they think will serve the nation as a whole.” That is all more critical to China if supplies from TSMC, and so on, dry up. Example of the negative short term results are plentiful: 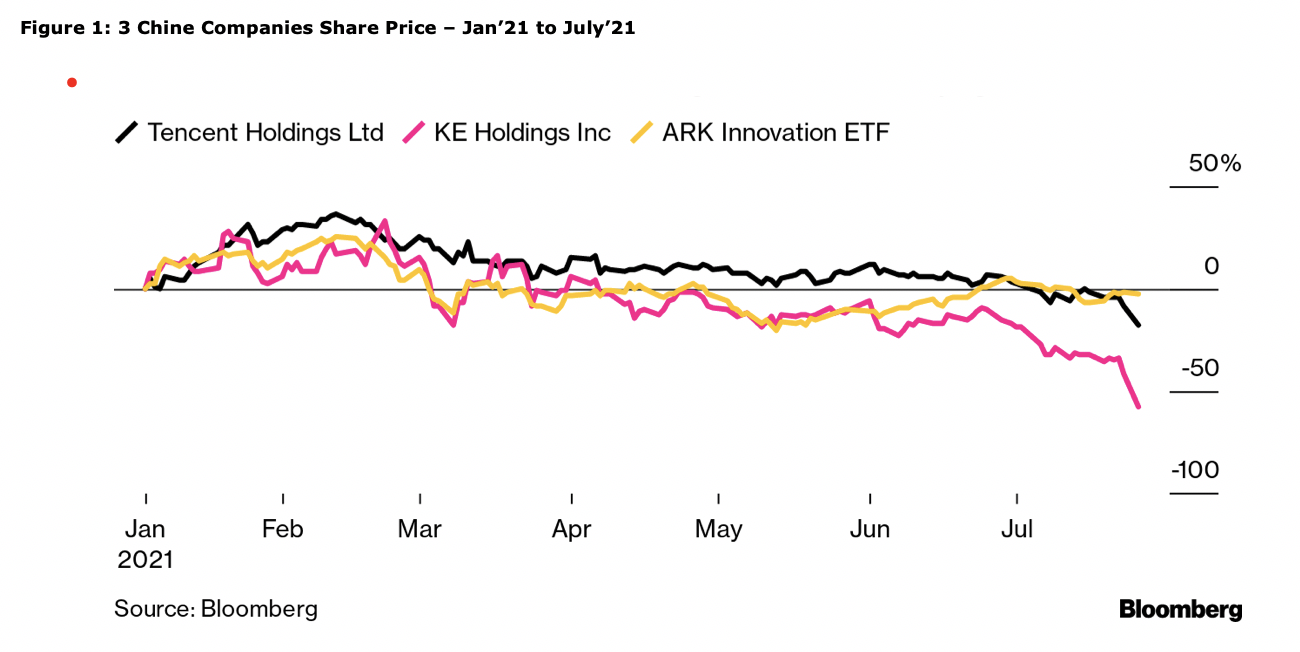