Vertical Divider
U.S. 4th Lowest Tax/GDP Ratio in OECD Countries
December 08, 2019
​
U.S. tax revenues fell to 24.3% of GDP in 2018, according to the Organization for Economic Cooperation and Development (OECD). The U.S. tax burden is now the fourth-lowest among major world economies, and 10 points below the OECD average. The Trump administration's 2017 tax cuts  can spur growth, but they also bring in less revenue for the government. The U.S. budget deficit in fiscal 2019 hit $984 billion, up 26% from the previous year. 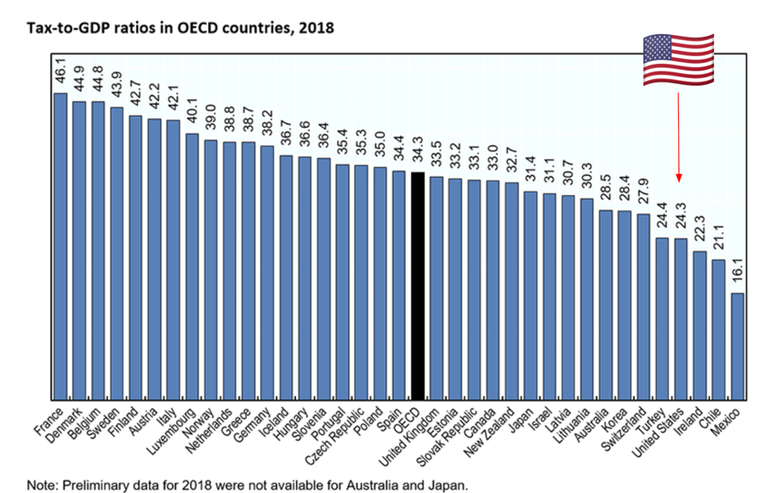