Source:  Trendforce ​
All three 2019 iPhones will feature 12-megapixel single-lens front cameras, up from 7-megapixels on the iPhone XS, iPhone XS Max, and iPhone XR, according to the latest research note Ming-Chi Kuo. 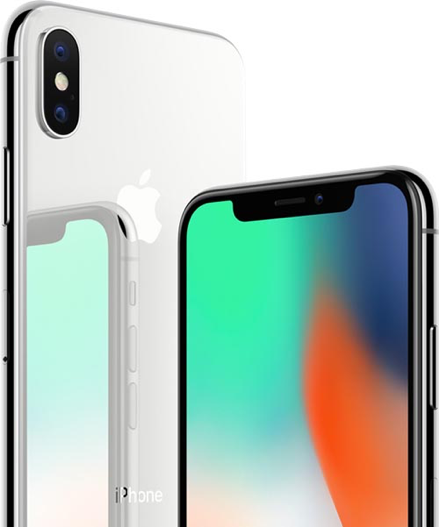 Source: Ming-Chi Kuo
​MacRumors reported that the next iPhone XS and iPhone XS Max models with 5.8-inch and 6.5-inch OLED displays respectively will also feature triple-lens rear cameras, including a 12-megapixel telephoto lens, 12-megapixel wide-angle lens, and a 12-megapixel super-wide-angle lens supplied by Sony:
The camera upgrade is expected to be one of the 2019 iPhone's major selling points. Critical spec upgrades include: 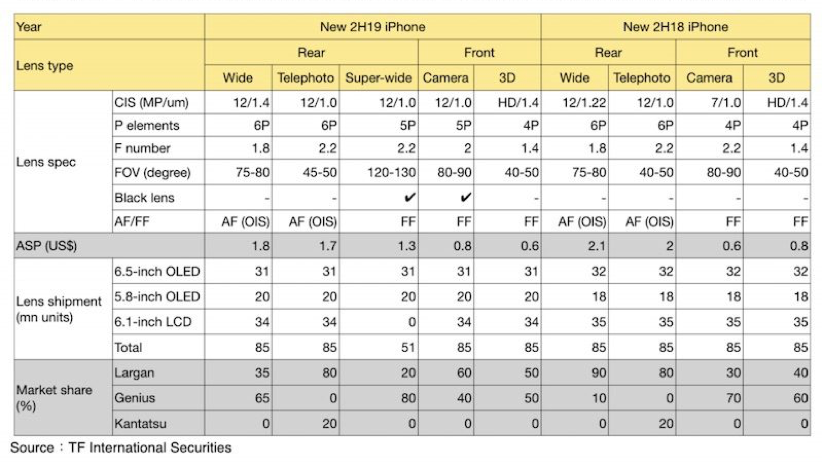 Source: TF International Securities
​Speaking of cameras, Samsung has some of the most advanced camera optics, but still lag behind competitors in the software department. Samsung was the first to introduce the concept of variable aperture on smartphones but most its leading models lack a dedicated night mode – which is currently limited to the Galaxy S10 series. The Google Pixel by comparison has raised the bar of smartphone photography with just a single lens, thanks to Google’s expertise in computational photography. Samsung’s brilliant camera hardware paired with the unofficial Google Camera mode can produce some crisp and detailed images as well as visibly uplift the amount of exposure in low light conditions. With the latest update, the Google Camera mod is adding the ability to switch the aperture between f/2.4 and f/1.5 on Samsung Galaxy flagships. The new feature will apply to all Galaxy S and Note series devices with dual aperture, including the Galaxy S9/S9+, the Galaxy Note 9, and the Galaxy S10 lineup. Toggling for shifting to a wider aperture manually should improve the performance of Night Sight on the Samsung Galaxy smartphones.
​
The new update also brings new options in Settings, including a toggle to hide or unhide advanced settings. The new Google Camera mod, based on Google Camera ver. 6.2, now works even without GApps installed. Further, Top Shot now works with Google Photos even on non-Pixel devices. Additionally, the update should also support the new Selfie Flash, which changes the background color of the camera UI from black to off-white while taking selfies in low-light, along with an option to mute the shutter sound, which may be restricted to certain locations only.
If you’re using a Galaxy S9/S9+, Galaxy Note 9, or one of the Galaxy S10 devices, you can go ahead and download the Google Camera mod ver. 6.2 and install it without needing to modify or root your Samsung Galaxy device. You can also consider donating to Senior member S4turno who runs a dedicated server to host these files.