Universal Display formed a wholly-owned subsidiary to continue their Organic Vapor Jet Printing (OVJP) technology, which was developed by Stephen Forrest. Steve is a professor at the University of Michigan and worked at Bell Labs (NOK), USC, and Princeton and has authored over 565 papers and has 267 patents, along with being a co-founder or founding participant in several companies including Universal Display, NanoFlex Power (OPVS), Apogee Photonics (AVGO), Epitaxx  and Sensors Unlimited and is a board member of Applied Materials (AMAT) and PD-LD (6925.JP). The new company will be run by Jeff Hawthorne, former CEO of Photon Dynamics, that was sold to Orbotech (KLAC) in 2009 and has been CEO of UniPixel, a company that produces light gathering films.  Jeff has considerable experience in display tool development and scaling, having taken Photon Dynamics from a small competitor to the market leader when it was purchased by Orbotech.

The OVJP process is an outgrowth of OVPD (Organic Vapor Phase Deposition), a process Dr. Forrest developed and was licensed to Aixtron by UDC.  The process mixes a carrier gas with organic materials in a heated chamber and deposits the materials on a substrate through a patterning mask, but Aixtron was unable to generate any sales for the tool.
Dr. Forrest came up with the idea of creating OVJP, which performs the same organic material and inert gas mixing process, but pumps the material through micro-nozzles on a cold substrate.  Similar to ink-jet printing in that it uses nozzles to precisely deposit the organic materials, creating individual red, green, and blue lines as opposed to pixels, By timing the nozzle pumps and the nozzle shutters, precise deposition of the organic materials can be accomplished. It should be noted that JOLED is using a similar approach but use soluble material and IJP.

UDC has developed an R&D OVJP device and will continue its development in Ewing, while a team in California is tasked with scaling the technology to large substrate sizes.  For this technology to become practical in the display space, it needs to be able to scale to Gen 10, keeping the temperature precisely controlled while a set of nozzles, each with its own piezoic MEMS micro-pump and heater, spray organic materials in highly precise positions.

The benefit of OVJP is that it uses small molecule material in its natural condition (powder) and uses the same configuration as currently used in today’s smartphones and TVs. IJP uses soluble polymer material and the current single supplier is Sumitomo. DuPont, Dow and Merck developed soluble small molecule material, but it underperformed the powder.

UDC hopes the formation of this new subsidiary will accelerate the process under Jeff’s leadership, but there are many challenges to be resolved before OVJP can be a real product. 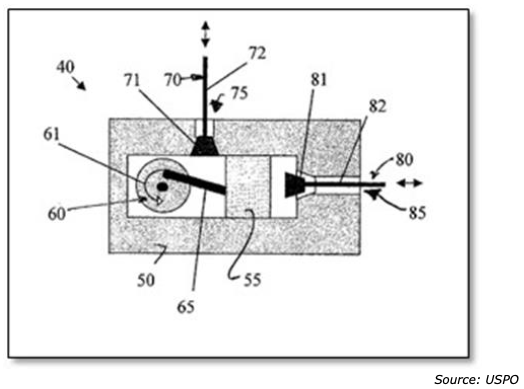 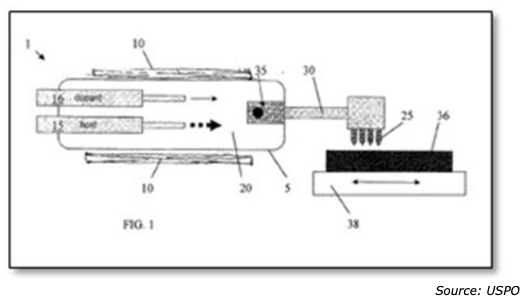 ​Musings Take: LGD’s Gen 8.5 TV fabs use UDC’s red and green material but their expansion into a Gen 10.5 fab was recently postponed with no date for resumption even as some equipment had already been installed. But, UDC’s inability to develop a high efficiency blue material or alternatively a soluble phosphorescent material has caused them to miss the 2nd generation of OLED TV technology.  Samsung is about half way thru their development of QD/OLED (QD 1.0), which uses a 3-tandem fluorescent blue material from SFC to shine pixelated light on red and green QD color converters and TCL has committed $200m to get access to JOLED IJP technology for use in a Gen 8.5 fab currently targeted for 2023 MP. Given that there are only 4 companies with the wherewithal to pursue OLED TVs it leaves BOE as the lone holdout.  But BOE is on the fence and has been reported to have interest in RGBW (LGD) and IJP. The timing of OVJP to go from a raw R&D machine  to a prototype to a pilot tool, is likely a 5-year effort, so UDC appears to be targeting the third wave, by which time they might be facing an emerging µLED initiative. It is also telling that the spin out comes after UDC had been reportedly seeking tool makers to partner with similar to the Aixtron deal for OVPD, which according to one panel maker and inert gas mixing process had uniformity issues during production runs that could not be resolved.