UDC posted another strong quarter for Q121, with revenues up 19.1% Y/Y and down 5.4% sequentially. The company outlooked an annual revenue of $530m to $560m, which is effectively the Q121 running rate. Given the growth in OLED demand, UDC was very conservative. In 2018 and 2019, the first quarter averaged 20% of annual revenues, which would put the outlook close to $670m. Sid reported that a PH blue would reduce power consumption by 75%, as he apparently made a simple comparison of Fl blue efficiency and what PH blue might be.  But blue for a side-by-side design consumes ~40% of the emitter power so the total savings would be ~30% of the emitter usage.  For TV, using a high efficiency blue would be a game changer as blue represents the bulk of the emission, be it RGBW or QD-OLED. Sid commented that the smartphone TAM was 100% for OLEDs, but he didn’t appear to account for the 300m $100 or less segment, which needs a display costing less than $10. 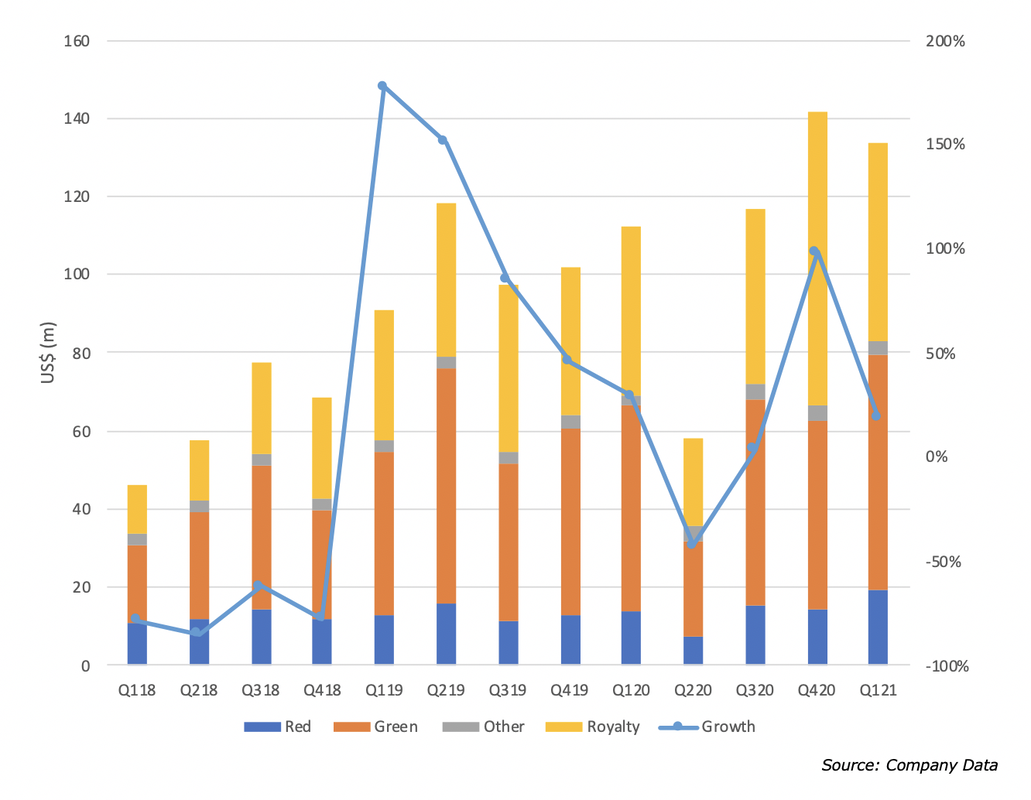 UDC reports the source of its revenue in their 10K, which indicates that the Chinese panel makers have almost reached equivalence with the Koreans. One year ago, the Korean share of UDC revenue was 2X the Chinese. 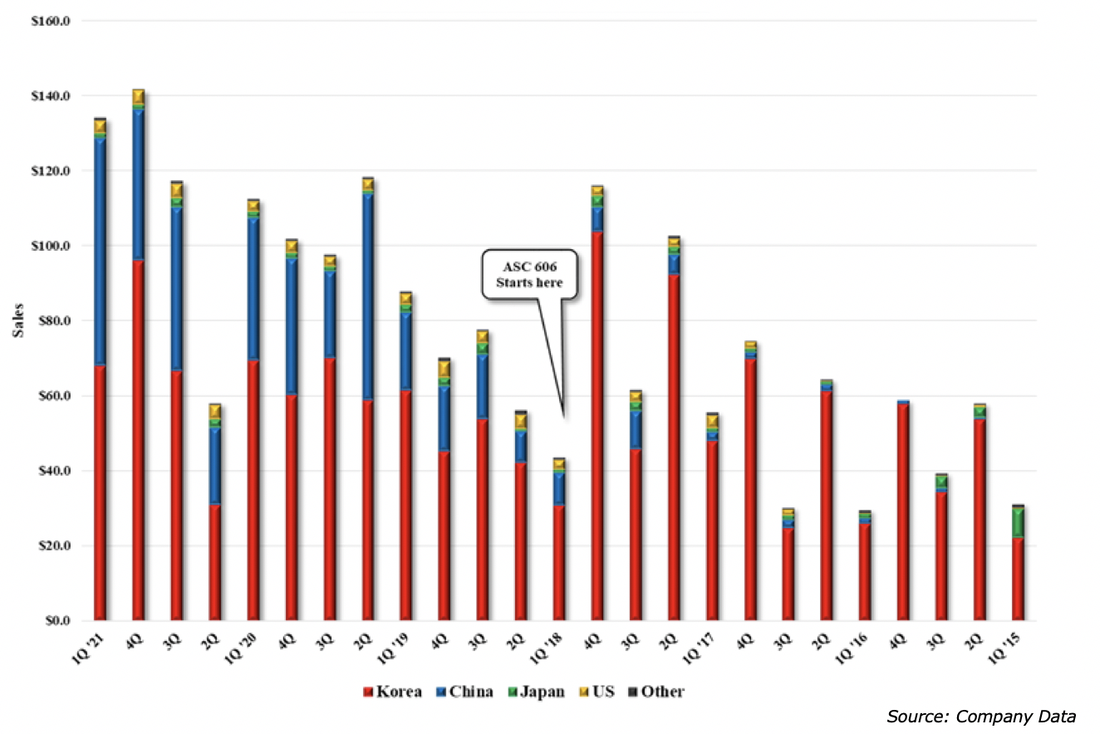