UDC Catches the Virus
​
UDC during their Q220 earning call reported revenues of $58m and an operating loss of $1.2m, the net effect of a 14% drop in smartphone shipments and the lack of production at LG’s Guangzhou fab. Material and royalty revenue was $54.1m down 53% Y/Y and 43% sequentially. The 1st quarter included $24m in material ordered in anticipation of potential delays created by Covid-19. 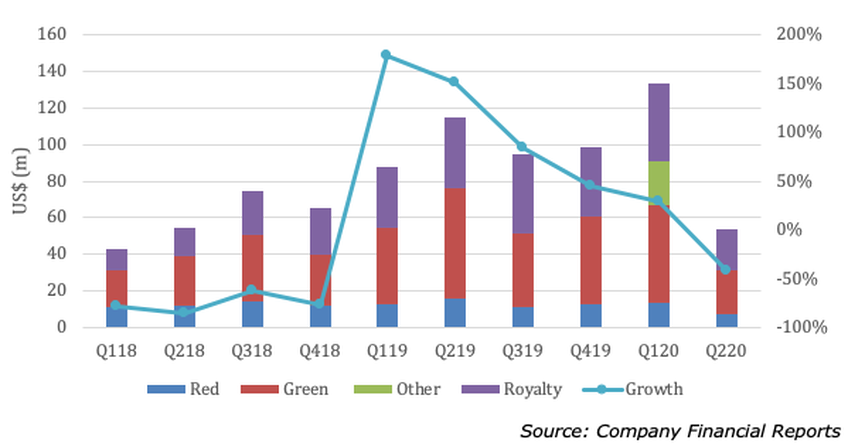 ​The positive news was that UDC reported a pickup in July orders. CFO, Sid Rosenblatt in answer to a question about the Samsung paper on high efficiency blue said; ”Well, this is a Samsung paper and what they were doing is looking at phosphorescent in blue and essentially, literally talking about that you need a deep blue phosphorescent emitter to get the best display and the most power efficient display. And it's an R&D project and we don't talk specifically about R&D projects with our customers. But this is the first time that anybody has really presented anything like this and acknowledge the fact that it used our blue emissive material.”  Samsung referenced UDC in their paper but not in the slides. This study shows that the spectrum broadening is


The Q220 report was not unique as Sony, with a 50% share of image sensors used in smartphones, reported that global lockdowns slammed the brakes on consumption and have led to dwindling sales of smartphones and digital cameras.