Etnews reports that Samsung and LG are planning to release portable monitors for smartphones. These monitors are designed to take advantage of the computing power today’s smartphones have and give users the convenience of working on a bigger setup without actually spending a ton of money. Displays from both Korean brands will work over wired and Bluetooth connections. But unlike Razer’s Project Linda, both won’t come with a keyboard. Users will have to get a separate keyboard to attach to the display which is a bummer. Samsung’s reportedly named its display the DeXbook. The DeXbook has a 14.1-inch FullHD display and a 10,000mAh battery. The weight is expected to be contained within the 1kg mark. LG, on the other hand, is expected to call its portable monitor Cloud Top. LG’s display is also a 14.1-inch FullHD display but will come with a smaller 5,000mAh battery that will keep the weight at a more manageable 600 gm. The displays are expected to be launched in the second quarter of this year. The report also mentions that both products are expected to be priced between 4,00,000 and 5,00,000 Won.  With the launch of Android 10, Google also announced support for Desktop Mode that allowed users to connect their smartphones to bigger displays. Although this is a step in the right direction, we’re yet to see an implementation that can truly let our smartphones be used as portable computers. Samsung’s DeX mode is the closest we’ve come to such an implementation. 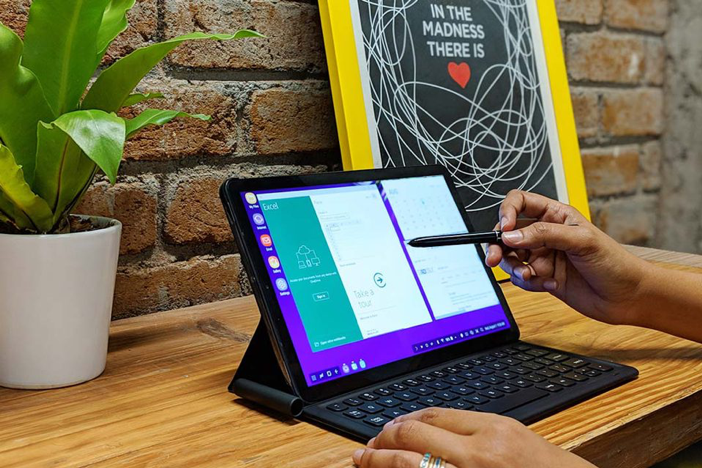