"The main focus of Samsung's sales efforts will still be on the Galaxy A series that encompasses models across the high-end, mid-range, and low-end segments of the price spectrum," it said. "To effectively compete against Chinese brands that boast better price-performance ratio for their devices, Samsung will maintain high specifications and a price advantage for Galaxy A devices." (Yonhap)

The next table compares the TrendForce forecast with the projects in last week’s Musing. The two forecasts developed independently are within 0.2% in terms of total shipments and differ primarily in the OLED Association’s more optimistic view of Apple shipments and the TrendForce’ strong opinion on OPPO and Xiaomi’s growth. 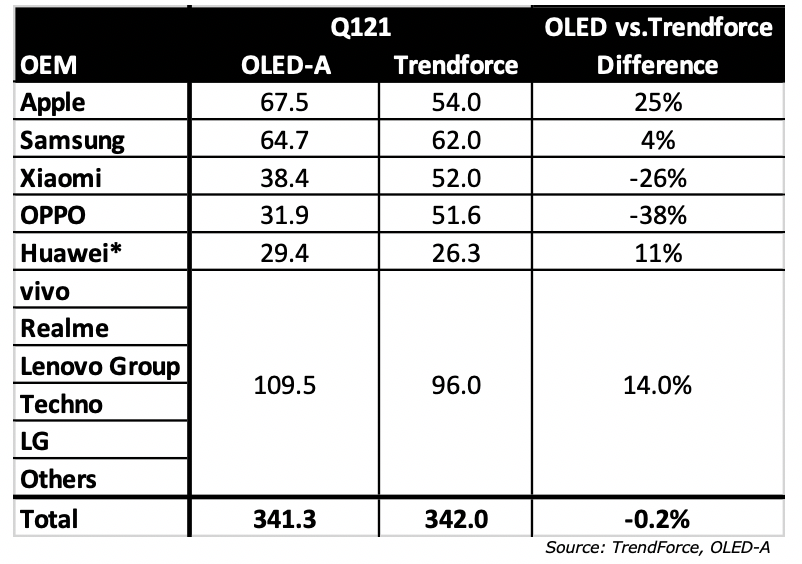