Vertical Divider
Treasury Sec. Mnuchin and Fed Chairman Powell Receive Rare
Joint Performance Review
May 24, 2020
​
The Senate Banking Committee questioned the pair via videoconference on how the $2.2 trillion relief package, aka the CARES Act, played out in its first public update.
The review was also a brainstorming session. Congress is working on a fourth economic relief package. 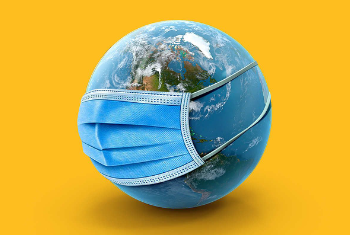 Source: Morningbrew
They seemed to be less than accountable for the Congressional Budget Office projection of GDP dropping 38% in the second quarter, which is better than the Atlanta Fed’s dire projection of -42%. No help for the 26 million unemployed Americans. In addition, the CBO sees the federal budget deficit swelling to $2.2 trillion in fiscal 2020 and $600b in 2021 as the “decline in economic activity has been so rapid and so recent that the depth of the downturn is still uncertain, and the data on spending are preliminary and incomplete.” The levels equate to about 11% of nominal GDP in FY2020 and 3% in FY 2021.