In February, we noted that Tianma had capped its new small panel OLED fab in Xiamen, 50 days ahead of schedule, which, the project manager said was the case, despite ‘a number of both physical and material based obstacles.  As it turns out, there seems to be a bit of hyperbole in that statement as the image below shows that while part of the roof has been constructed, general terminology in the fab construction space would mean the fab is ‘tight’ and is not subject to outside environmental forces, which it is not in the current image.  According to the latest information, the roof decking has been partially completed and the full cap is expected to be completed at the end of this month, with equipment move in beginning in July. 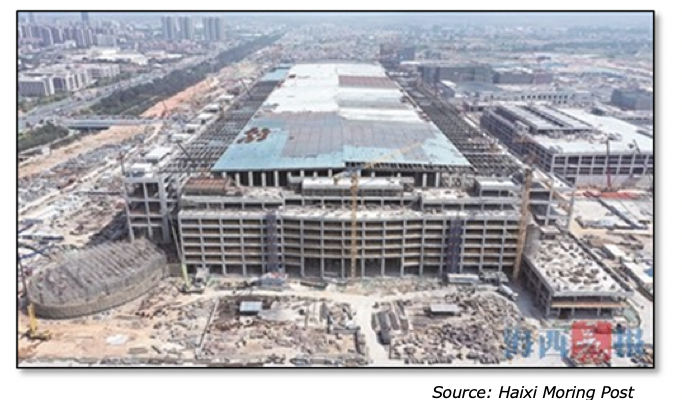