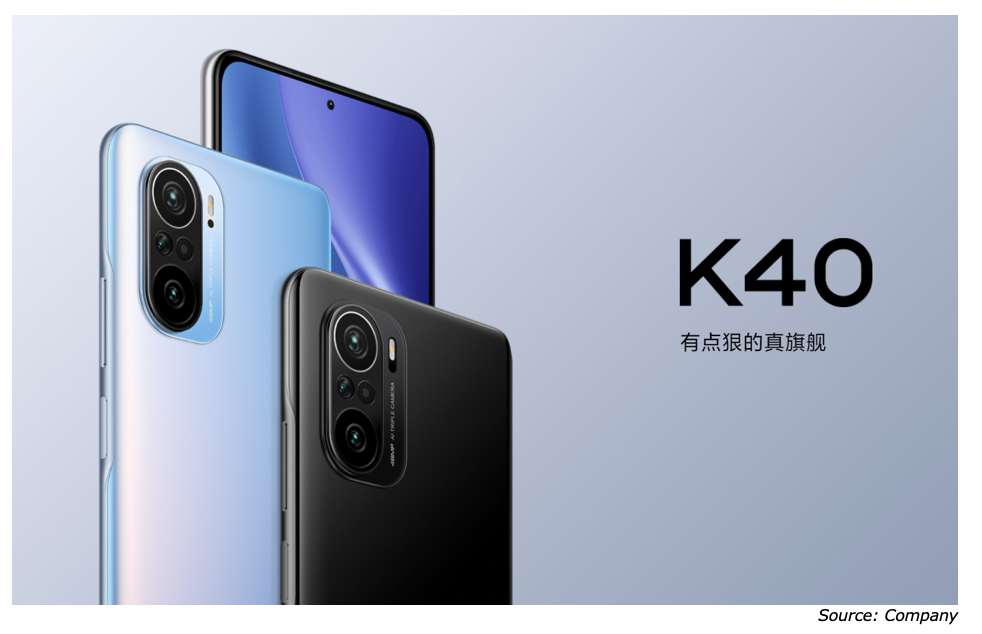 The Redmi K40 looks nothing like its predecessor. It drops the pill-shaped right positioned punch hole for a centered one. It also switches the design on the rear to one that is similar to that of the Mi 11 and with fewer camera sensors than the Redmi K30. Redmi has also managed to make it thinner and lighter even though it packs a tiny bit bigger battery.

Redmi K40 Specifications
The predecessor’s 120Hz IPS LCD display is gone and in its place is a 6.67-inch E4 AMOLED True Tone display with a 120Hz refresh rate and a 360Hz touch sampling rate. The display has a DCI-P3 color gamut, HDR10+, and a maximum brightness of 1300 nits. It also has MEMC and is covered in Gorilla Glass 5. For those concerned with the size of the hole, Redmi says it is 2.76 millimeters. The Redmi K40 gets a huge performance boost. The Snapdragon 730G of the Redmi K30 has been replaced with a Snapdragon 870 processor and it features up to 12GB of LPDDR5 RAM and 256GB of UFS 3.1 storage. 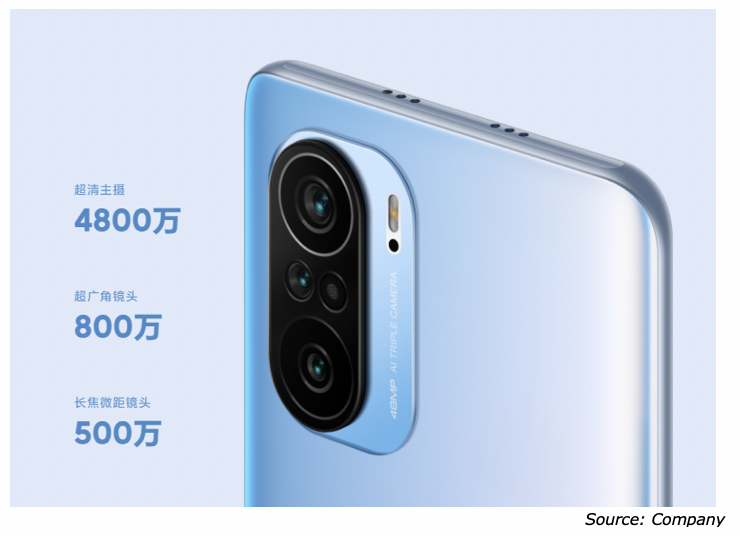 There are fewer rear cameras on the phone this time around. It has a 48MP f/1.79 Sony IMX582 primary camera, a 5MP telephoto macro camera with a 50mm focal length, and an 8MP 119° ultrawide angle camera. The selfie camera is a 20MP sensor.

The Redmi K40 can record slow-motion videos at a maximum resolution of 1080p and at 960 frames per second. It can also record in 4K at 30fps. The camera app is packed full of features including a VLOG mode, Magic Clone, macro video recording, and lots of filters for both still photos and videos.
Other features of the phone are a side-mounted fingerprint scanner, NFC, Bluetooth 5.1, Wi-Fi 6, stereo speakers with Dolby Atmos, Hi-Res Audio, and Hi-Res Audio Wireless. There is a 4520mAh battery inside the phone with support for 33W fast charging. Redmi says it can fully charge in 52 minutes. The phone also has support for Quick Charge 3+ and Power Delivery 3.0.
The Redmi K40 runs MIUI 12 based on Android 11 out of the box.
The Redmi K40 is available in four configurations and below are their price tags:
The phone is available in three color variants – , Bright Black, Dreamland, and Sunny Snow.