Vertical Divider
The OnePlus 9 Pro and OnePlus Announced
​
The OnePlus 9 Pro and OnePlus 9 both feature the Qualcomm Snapdragon 888, 8/12GB RAM, 128/256GB storage, and a 4,500mAh battery, and both offer a 120Hz variable refresh rate display, along with fast-charging now at 65W, as per the OnePlus 8T from last year. And both feature new Hasselblad camera tuning. Oh, and the alert slider remains, and no headphone jack.
Reviews:
One thought:
Nikkei Asia reported that Samsung is working on a smartphone that will fold in two places. This phone is expected to be released this year. The source adds that Samsung has previously filed several patent applications for such a double-fold design. We are talking about a smartphone in a new form factor, which will accompany the successors of the foldable smartphones Galaxy Z Fold 2 and Z Flip, expected in the middle of this year. 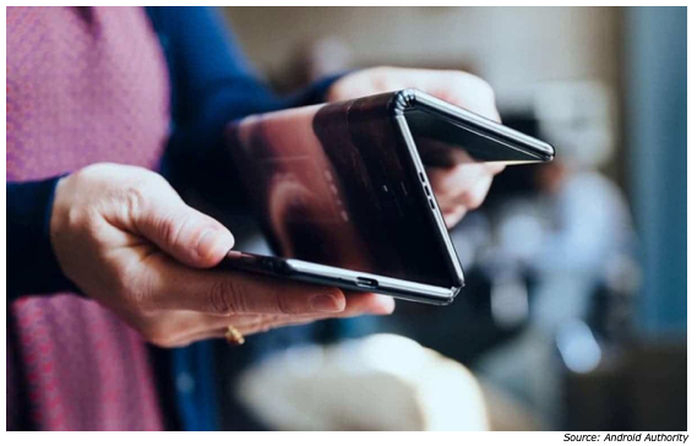 ​Samsung Display will begin selling foldable displays with Ultra-thin Glass (UTG) to other brands from 2H’21 leading to a number of new products. In fact, we expect to see at least 12 different foldable and rollable smartphones on the market from at least 8 brands and shipments of more than three million units in Q4’21. For the year, foldable/rollable volumes should reach 5.1M units, up 128%, with revenues up 137% to $8.6B.”