The test shows the device being subjected to the scratch, burn and bend tests and since foldable phones are known for their fragility and was able to withstand some of the torturous processes. 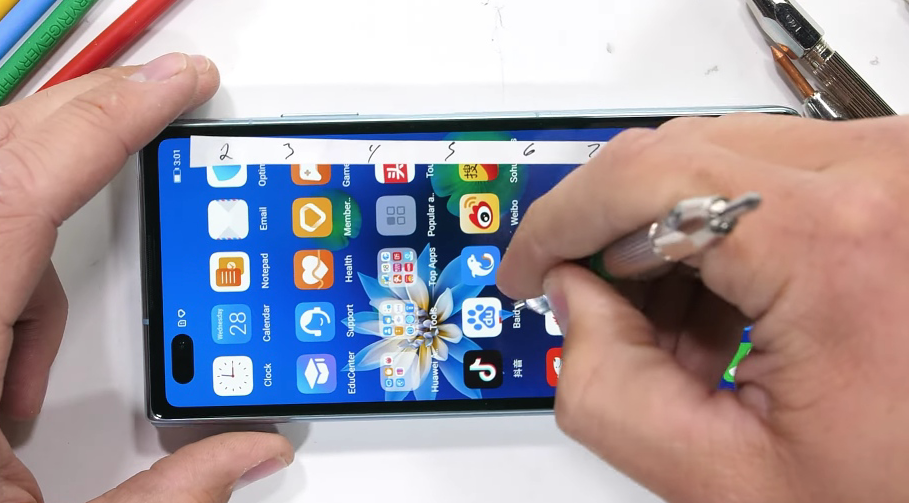 Source: JerryRigEverything
During the scratch test, the outward display is confirmed to have a tempered glass covering as it scratches at level 6 with deeper grooves at level 7 on the Mohs hardness scale. The inner display which is the flexible panel isn’t so lucky. It scratches at level 2 while deeper grooves start appearing at level 3.  The fingernails can even make deep grooves on the fragile display panel. It is usually rare to find a device that the display panel survives JerryRigEverythings’ burn test. The Mate
X2 isn’t different but the outer display performs a lot better than the inner panel. 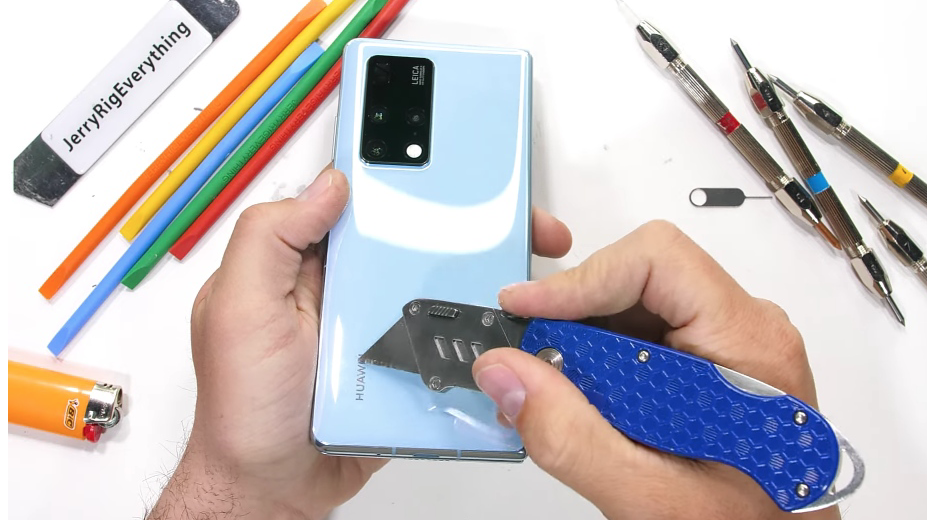 Source: JerryRigEverything
​The bend test is what should interest you the most as it shows Huawei has finally gotten the build quality right. The YouTuber applied extreme pressure in bending the device backward and it didn’t snap. It is surprising that the Mate X2 has a better durability outlook than some flagship gaming phones like the Lenovo Legion 2 gaming phone that snapped into two under light pressure. He even applied sand on the crease area of the screen, but it turned out that the phone is dustproof.