Huawei's latest had a few surprises, including real 10x optical zoom in its new third Pro Plus model.

The series has grown to three, with the P40, P40 Pro, and P40 Pro Plus. This is a hat-tip to the likes of Apple and Samsung, the latter which launched the S20, S20 Plus and S20 Ultra.
Pricing/availability: P40: 799 EUR/available on April 7, P40 Pro: 999 EUR, also April 7, P40 Pro Plus: 1399 EUR, June.
The  standard Huawei P40 is tipped to offer 128GB of storage, while the Pro variant is said to get 128GB or 256GB versions. It’s also interesting to note that Huawei is offering NanoMemory 2 storage support, being an upgrade over its proprietary NM standard. 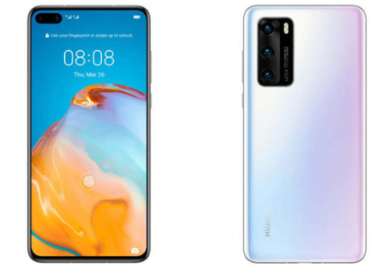 ​Source: Company
Both phones have a 50MP RYYB f/1.9 main camera with “Octa Phase Detection” autofocus, pixel binning, and an “XD Fusion Engine” for better image quality. Both devices are also said to offer a 32MP selfie camera, although  the Pro device packs an IR sensor too for face unlock and depth effects. Aside from the 50MP main camera, the two phones reportedly pack different rear camera setups though. The P40 Pro is poised to offer a 40MP ultra-wide camera, a 12MP “SuperSensing telephoto” lens, and a 3D ToF sensor. Meanwhile, the P40 has a more modest setup, featuring a 16MP ultra-wide camera and an 8MP telephoto shooter (no word on its zoom factor). The two phones also seem to differ when it comes to the display details, with the P40 Pro tipped to offer a 6.58-inch, 2,640 x 1,200 curved OLED screen with a 90Hz refresh rate. The vanilla model is poised to deliver a 6.1-inch, 2,340 x 1,080 flat OLED display, with no refresh rate listed. Huawei’s Pro devices are also known for their endurance, but it seems like the P40 Pro offers the same key details as its predecessor. That means a 4,200mAh battery with 40W wired charging and wireless charging (there’s no word on the speed). The standard P40 is tipped to yield a 3,800mAh battery with 22.5W wired charging and no wireless charging. The lack of wireless charging isn’t a surprise, but it would be disappointing if Huawei didn’t improve charging speeds for the base model. Huawei has used 22.5W charging for its base flagships since 2016’s Huawei Mate 9 at the very least. The battery capacity is only a minor upgrade over the vanilla P30 too. Other notable details include an IP68 rating for the Pro variant, IP53 for the standard model, NFC, in-display fingerprint sensor, and Android 10 with EMUI 10.0.0.1 (no Google services here). The standard P40 will retail for €799 (~$864), while the P40 Pro is said to be available for €999 (~$1,080). This would be in line with the Huawei P30 and P30 Pro pricing respectively. But of course, it comes without access to Google apps.