Vertical Divider
The Enigma that is Samsung’s S Pen

The Note 2 Ultra was one of the top five strongest-selling phones in the US and South Korea as of October 2020, according to Counterpoint Research and one of the reasons for the success of the Note Series is the technological advantages of the S Pen. Samsung stylus leads in a market where there is a dearth of stylus phones. 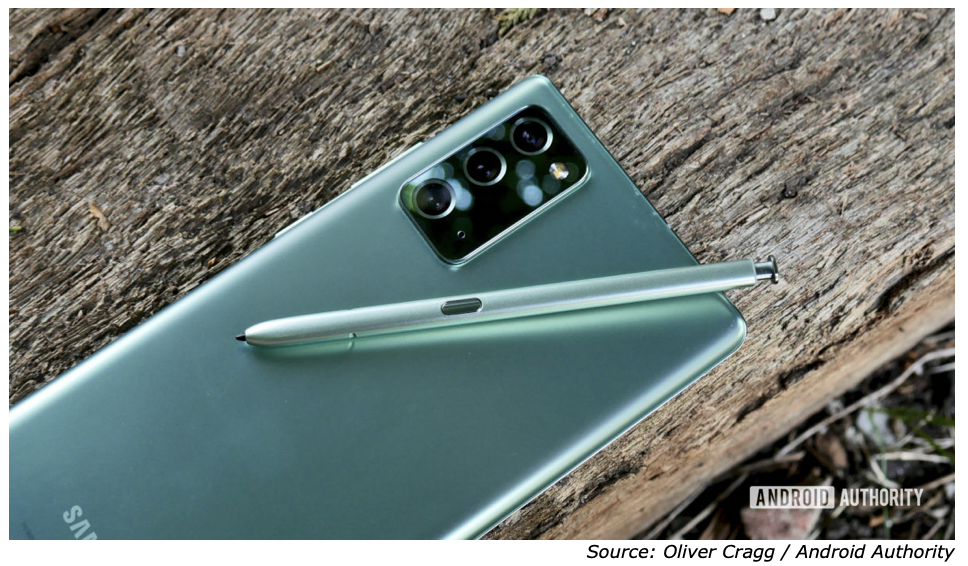 In a Counterpoint study, the top-selling handsets were all pen-free models. Even Samsung’s bestsellers were either budget models or conventional flagships, such as the Galaxy A51 and S20 Plus. The uniqueness and lack of stylus demand apparently affects rivals’ willingness to enter (or re-enter) the category.  Samsung’s decision to add S Pen support to the Galaxy S21 Ultra is a tacit acknowledgment that styluses are nice-to-have features rather than necessities, since it may be signaling the need of the Note Series. included S Pen as a sales driver. Although the inclusion of the S Pen in the upcoming Z Fold 3 is a counter argument to Counterpoint. Pen support is available for devices like the Moto G Stylus to quickly jot down notes or annotate a screenshot, but those competitors usually stop where Samsung begins. The S Pen can be used to peek at information, translate languages, and (with the right model) remote control a presentation in addition to drawing or note-taking.

Samsung has a decade of experience refining the Galaxy Note, where as a challenger would have much less know-how, and might even have to start from scratch. Other OEMs may not flounder with their pen-packing phones, but it’s telling that the choices are typically lower-end products like the LG Q Stylus Plus. They’re effectively dancing around Samsung and the S Pen, scooping up customers who can’t justify the Galaxy Note’s premium prices and are willing to sacrifice a few features. Other OEMs have tried to knock the S Pen off its throne before, but Samsung already won the war for high-end stylus supremacy, and its competitors don’t appear willing to start a new fight. LG in one of its many smartphone frustrations is the quintessential example of countering the Galaxy Note with the Optimus Vu. While this was a powerful phone for the time, it’s odd aspect ratio, latecomer status, and other quirks kept it from garnering the same buzz as the Note. LG tried multiple versions of the Optimus Vu to no avail. Even phones with optional pens haven’t fared well. Sony’s Xperia Z Ultra could use seemingly anything as a stylus, but that didn’t move the needle. Huawei hasn’t exactly had runaway success with its M-Pen, either. Apple’s Pencil doesn’t really count. While the iPad is a better device because of its stylus support, it’s strictly an optional add-on and isn’t available for the iPhone.
Any viable contender would have to roughly match or beat the S Pen on capability while learning from past mistakes.

Many Samsung employees that we know, love the S pen and have become very competent with it. For a heavy smartphone user, it is ideal so it’s unfortunate that its only available on a couple of Samsung devices.
​