Vertical Divider
The Demise of the Notch in 2024

The debate about Apple’s notch, which provides unobstructed access to 8 sensors, including the selfie and infrared cameras at the cost of a small amount of display real estate has almost become a religious issue. The protagonists believe it is a design abomination.  Entire infrastructures and technology have been created to eliminate the notch. Consider the Under Panel Camera (UPC), a marvel of design and costly change. There are no defenders outside of Apple and that is questionable. I have had 3 iPhones with notches, the latest being the 12 Pro and have yet to notice the notch until I read about its shortcomings. 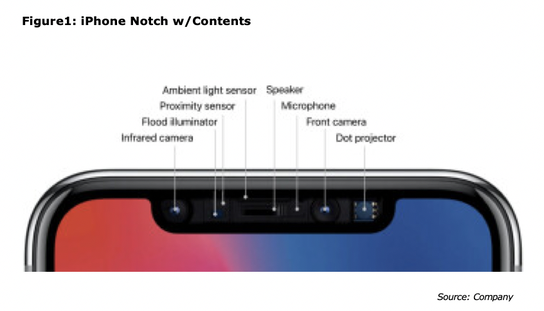 With the iPhone 13, Apple  preparing its iOS army for the day when the notch will go the way of the Dodo in about two years’ time, reportedly with the iPhone 15, by shrinking the top bezel cutout, and, thanks to an often credible Apple tipster LeaksApplePro, we now got another confirmation exactly how much smaller will the iPhone 13 notch be when it gets released September 24. 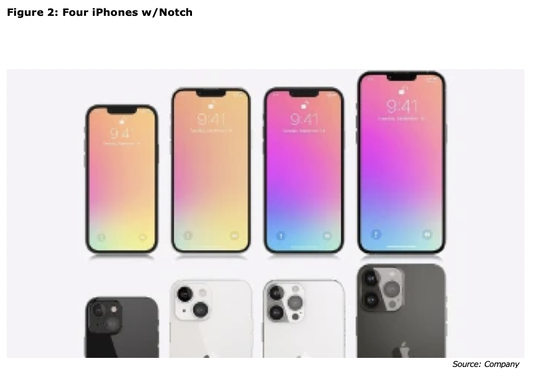 LeaksApplePro confirmed exactly how much smaller the iPhone 13 notch be when it gets released September 24. The iPhone 13 will have а notch that is 0.99" (26mm) in width, instead of the current 1.38" (35mm) that Apple has been using to house the Face ID components and earpiece since the OG iPhone X, a reduction of over 25%, and it will the first major change in the notch size. Apple has achieved this by integrating the earpiece in the top bezel, like a normal phone maker, and then housing the four major Face ID components - the infrared camera, flood illuminator, selfie snapper, and dot projector - underneath it, which left plenty of empty space in the middle where the earpiece and mic used to sit, so Apple simply clustered the Face ID kit elements closer to each other, and reduced the empty space on the sides to make the notch appear much more compact than it is now. Previously, Apple has been able to miniaturize the Face ID components via its $390 million investment in Finisar, the makers of the laser-emitting flood illuminator and dot projector VCSEL parts, and that is another piece of the incredible shrinking notch puzzle on the iPhone 13.  While those components may be miniaturized further for the iPhone 14, for now Apple's rearrangement of the Face ID kit weighs much heavier into the new smaller notch design than if it had simply employed smaller dot projector and flood illuminator. Apple simply moved the earpiece above the Face ID system to shrink the iPhone 13 notch

Parts of Apple's TrueDepth camera system can now be produced from a single wafer, so shrinking the VCSEL part of the Face ID technology by up to 50% also contributes to Apple's bottom line by lowering the iPhone 13 production costs further. While the notch will be shrink in width by a quarter, it will be 5.35mm in height against the 5.3mm notch in the iPhone 12 Pro, on account of the earpiece rearrangement in the top bezel frame. Even as the cutout will be protruding slightly deeper into the display, that extension will be peanuts compared to the notch width shrinkage, so the effect on the iPhone 13's screen-to-body ratio will be negligible. The last iPhone without a notch, the iPhone SE 2020, had a 65% screen-to-body ratio, as it comes from an era of Touch ID buttons and enormous bezels. The best metric from that epoch, on the iPhone 8 Plus, is only 67.47%.

All of these changes beg the issue of when Apple will incorporate SDC UPC technology that is expected on the Z Fold 3 and the Galaxy S22.