Next month TCL will introduce a micro-OLED based VR headset that is paired to its TCL 10+ mid-range smartphone.  The VR glasses, which by themselves sell for $1,200, part of the package that includes the TCL 10+ smartphone (~$360) and will sell for an expected $1,145.  There could also be monthly charges for software needed to run the combinations and potentially for content. The micro-OLED VR headset is based on a Sony’s micro-OLED display that is both light weight (said to be 1/5 the typical VR headset weight) and high resolution, with two 1080p displays, which according to the company, give the viewer the equivalent of watching a 100’ display from a distance of 4’.  The smartphone acts as the user interface and a tough pad to control VR operation.  The package will be released in Japan and Korea, with US release dependent on FCC certification timing.

BOE is working with OLiGHTTEK Opto and Kopin on Micro OLEDs, while Samsung works with San’an Opto on MicroLEDs.  Vuzix and Foxconn are also working toward the release of Micro LED VR/AR products expected later this year or early next year. 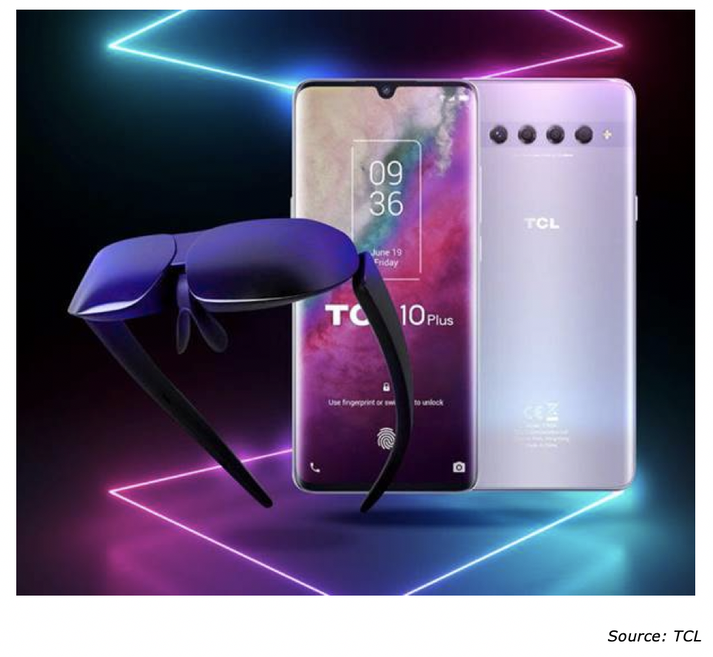