TCL has been working on a phone that has a slide-out display, which can provide as much screen space as a tablet without the accompanying bulk or the expensive hinge required for foldables. This concept looks like a standard phone, which then turns into a tablet after the screen is pulled out. The phone appears to use one continuous display, with curved screens on either side. Between the center of the phone and the dual front-facing camera along the right side, there's a break in the chassis where the two sides can be pulled apart to expose the extra screen. 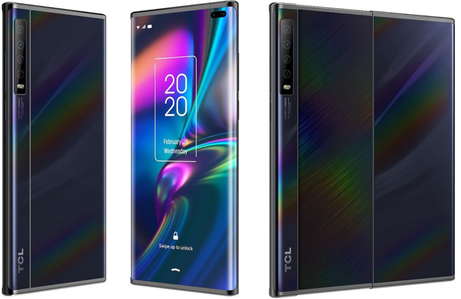 It’s not clear exactly how the mechanism inside would work, but it looks like one portion of the flexible display bends or wraps behind the other, making the phone a little thicker than usual.  Seen from the back, the extended portion would have its own (nonglass) backing to support the display. It looks like the right (extended) side is a hair slimmer than the left, so there's room to house the sliding portion of the device. 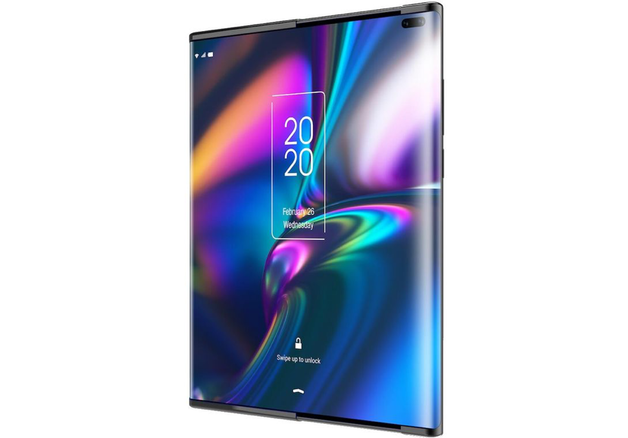 Source: TCL
The screen seems to pull out between the camera and the midline. The slide-out screen design is intriguing because it achieves the same goal of a tablet size display from a device the size of a typical phone, without the complication of bending the device, that solves the problem of the foldable phone's telltale crease.  The concept design appears to be based on the TCL 10 Pro (which itself looks an like the Galaxy S10), a beautiful, sub-$500 phone that TCL launched at CES. TCL has notably embraced concept phone designs in the last year, showing off at least half a dozen foldable phone prototypes, including one with a trifold screen and this budget foldable.


Figure 3: A Back Panel Supports The Slide-Out Portion Of The Phone. 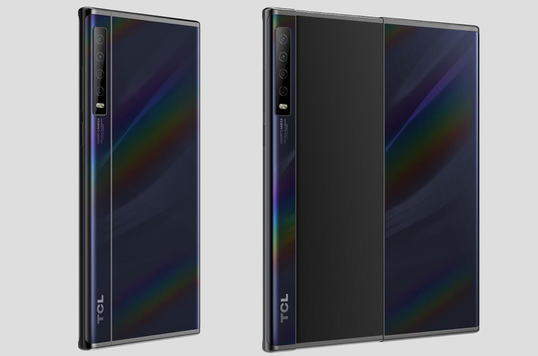