TCL has released a number of mini-LED TVs with price tiers that fall in the mid to low priced retail bracket but tend to offer more features than comparable competitors, TCL has identified two kinds of buyers, 1) the more educated buyer, that read reviews and understand the premiums some brands charge for their ‘name’, and 2) the uneducated, looking for lowest price possible and would barely recognize any brand names. TCL is offering a 2nd generation of mini-LED TVs, while most have none or one or two high-end models that are in short supply. 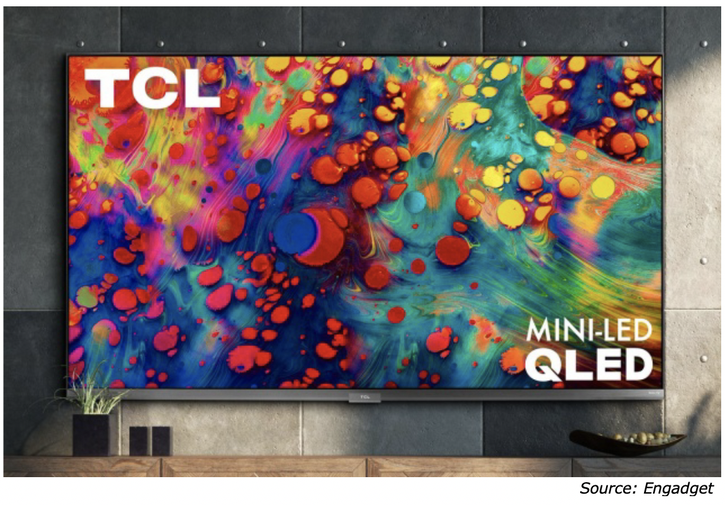 TCL seems to have taken to mini-LED backlighting and while they use it for their highest priced models (series 8 and 6) these are still not very expensive TV sets relative to what is out in the market.  The table below compares the series 6 sets with mini-LEDs to the series 5 sets that use conventional LED backlights, and while the premiums also include a higher refresh rate*, it gives some idea as to the premiums TV set companies will be asking for mini-LED backlights.

​*Note – There is some controversy about published refresh rates.  The actual refresh rate of the display panels above are 60 Hz, but the company (and others) advertise this as 120 Hz as the backlight scans twice as fast as the display.