Vertical Divider
TCL and JOLED Connect to Make IJP OLED TV Panels
June 29, 2020
​
TCL's CSoT and JOLED formed an alliance to "start joint-development of large-sized OLEDs for TV", printed with RGB pixels. JOLED is currently supplying medium sized OLED panels to makers of PC monitors. Strapped for cash, JOLED has been seeking investment capital and announced it will raise 20 billion Yen ($187) in capital through an investment by CSoT, which will acquire a 10.76% stake in JOLED. 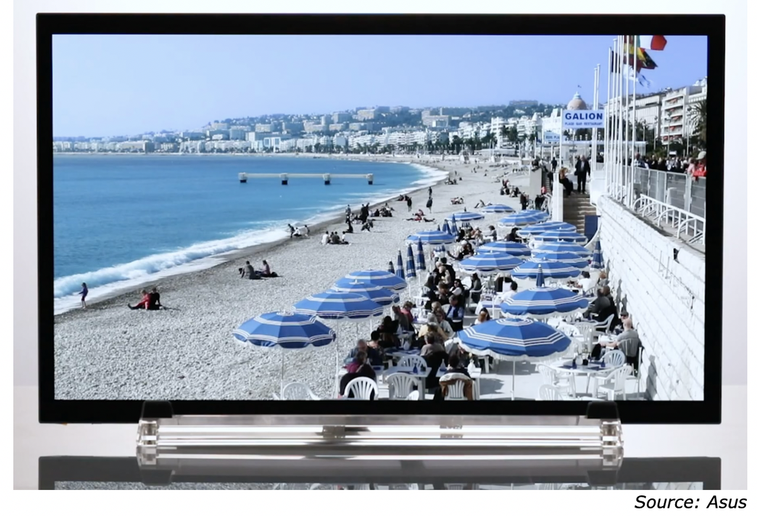 ​Under the terms of the deal, the two companies are forming an alliance to develop large-sized OLED for TVs. JOLED said that it will supply its proprietary printed OLED manufacturing technology. The company envisions that its inkjet printing production method for OLED can lower costs and improve picture quality. In the deal, JOLED "will raise JPY20 billion in capital through a third-party allocation of new shares underwritten by CSOT-JAPAN.". JOLED, which six months ago announced the launch of what it called the world’s first mass-production Gen 5.5 fab for printed OLEDs.   "While mass-producing medium-sized displays, JOLED will prove the adaptability and effectiveness of printing technology to large-sized displays through the joint-development with TCL CSoT," the announcement said.

"JOLED will bring its proprietary printed OLED manufacturing technology and will start joint-development of large-sized OLEDs for TV application together with TCL CSOT," the companies announced. 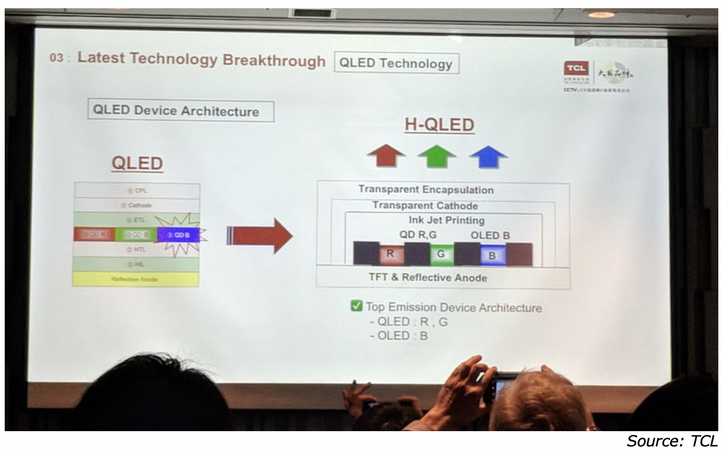 Our take: The investment has a long history as JOLED has been pursuing TCL for at least 18 months. JOLED wanted TCL to invest in a Gen 8.5/10.5 fab in Japan to augment its Gen 5.5 fab, but TCL wanted to build the fab in China, where it could take advantage of the 80% to 90% government subsidies used to grow employment in China.  Politics always wins,  and in this case, it also includes the money. JOLED’s IJP process, which uses Sumitomo’s polymer (soluble) material has had to employ color filters to compensate for under-performing color saturation. The downside is that color filters reduce luminance, increase power consumption, lowers lifetime and increase costs. Recently, JOLED has been printing emitter lines instead of sub-pixels to reduce the effects of the poorer soluble material performance. They call it a Pure RGB Stripe OLED panel. The other issue has been the high price of JOLED panels, the Asus ProArt PQ22UC- a 21.6" 4K (204 PPI) ultra-portable OLED monitor had a starting price of $5,000 when released in 2018, but the panel was built on a Gen 4.5 pilot line and is likely to be lower when JOLED reaches MP on its Gen 5.5. JOLED uses a one-off IJP from Panasonic, which will  re-engineer the tool for use in a Gen 8.5 fab. Market researchers have modeled the cost of IJP with LGD’s RGBW approach and forecast a 10% savings, mostly due to the reduction in the number of organic layers, the higher material utilization (95% vs. 50%) and the lower cost of polymers. The estimates appear to be optimistic for IJP in that small molecule material occupies ~10% of the panel cost for RGBW and the capex is  likely to be similar as IJP tools are very expensive. Much will depend on finding a way to eliminate the color filter. For TCL, the deal is a win/win situation; they get the technology for next to nothing and a 10% interest in JOLED’s Gen 5.5 Fab, which probably cost $2b, for $187m. Money talks!
​