​In August, LCD revenue was down 4.1% Y/Y, but the industry seems to be making a comeback, as sequential sales have been up since May. 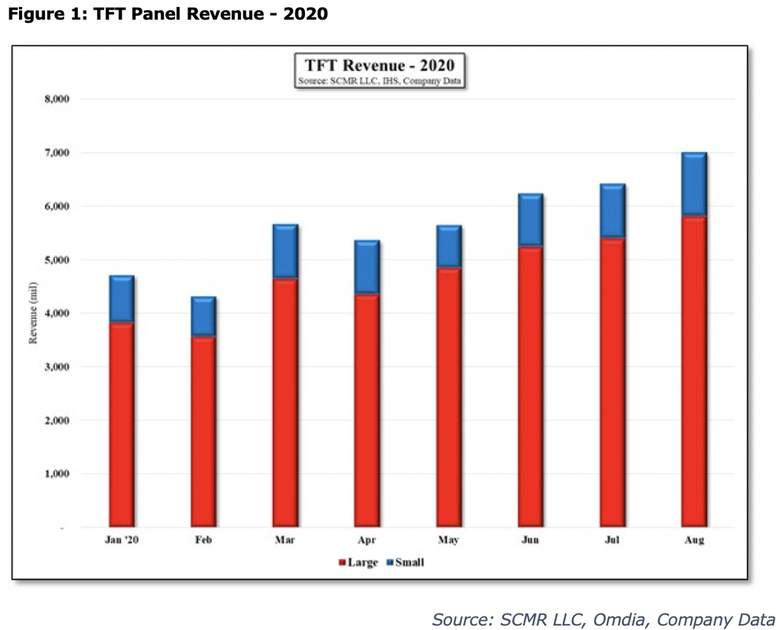 ​Large panels which represented 82.9% of total sales in August, improved, Y/Y as ASPs continue to increase. The next figure shows how severe the large panel price drops were last year. Q320 could be the peak for panel producer revenue this year, driven by high notebook and monitor demand, which is offsetting weak demand in the TV space. 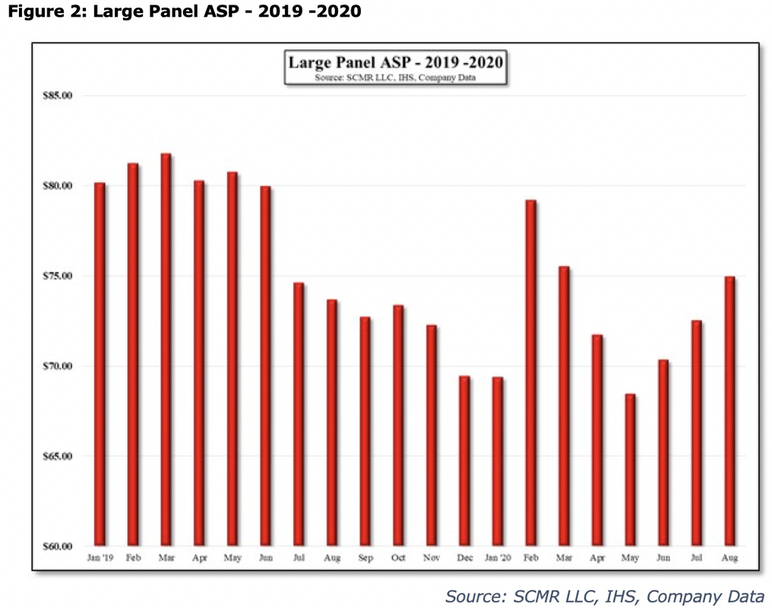 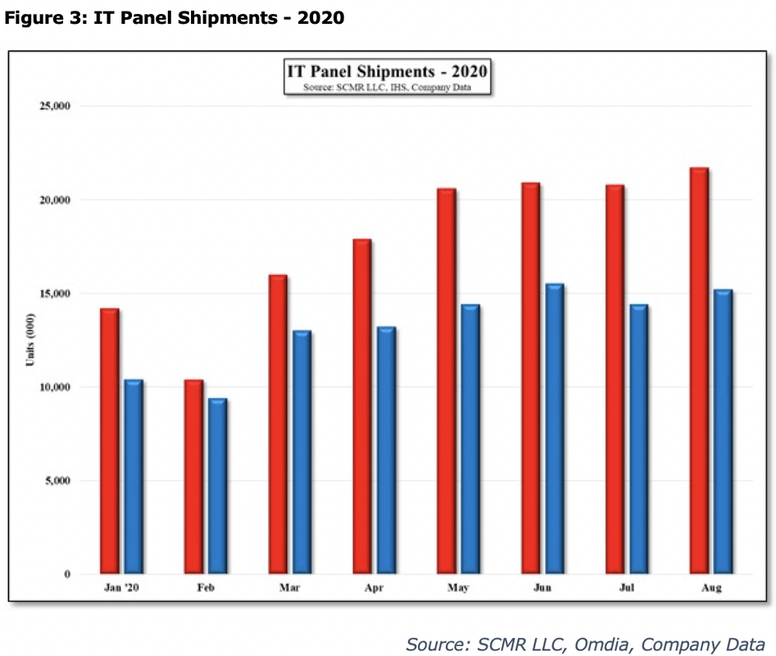 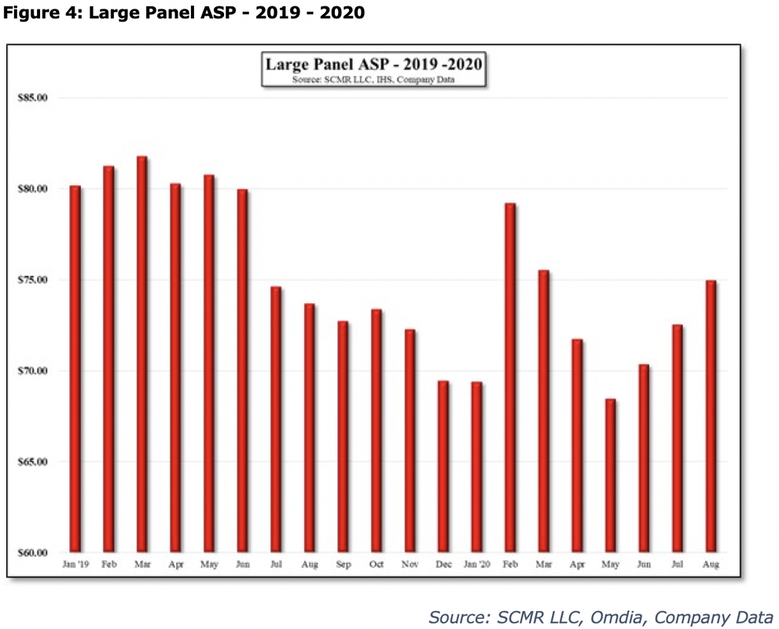