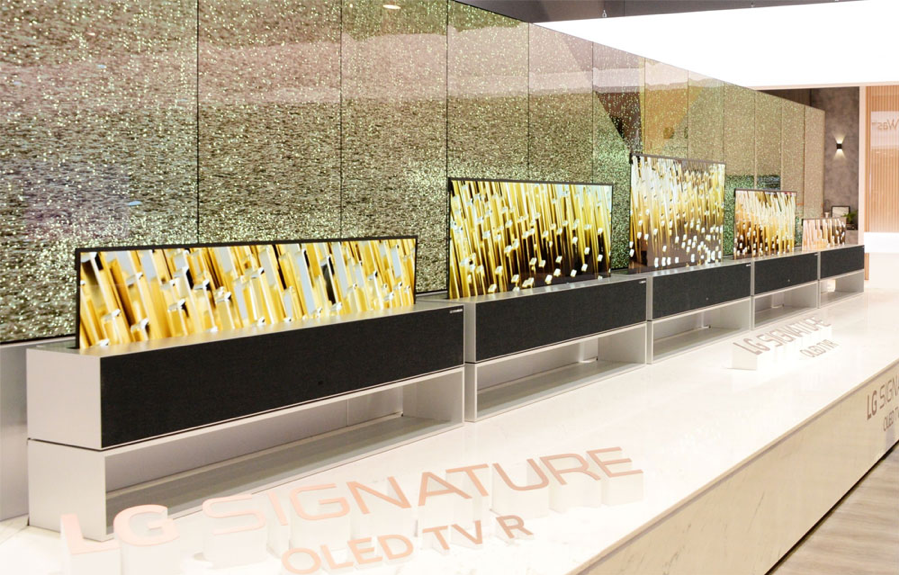 Source: Company
​LG R9 has 4K resolution along with HDMI 2.1 with increased bandwidth and HDMI VRR and eARC. It is also equipped with the second generation of the Alpha 9 processor. There is a 4.2-channel 100W sound system built into the box. It also supports Dolby Atmos. LG explains that even when hidden users can enjoy music through the built-in speakers and Airplay 2. LG’s description of the three modes:

Full View delivers a large-screen viewing experience revealing the full extent of the contrast, depth and realism that has become synonymous with all LG TVs. The remarkable AI picture and sound quality powered by LG’s second generation α (Alpha) 9 intelligent processor and deep learning algorithm puts this breathtaking TV in a class of its own.


Line View allows the LG SIGNATURE OLED TV R to be partially unrolled, allowing for management of specific tasks that do not require the full TV screen. In Line View, users can choose from features such as Clock, Frame, Mood, Music and Home Dashboard. Invoke Clock mode to check the time and weather at a glance or Frame mode to enjoy family photos shared from a smartphone or Mood mode to create a more relaxing atmosphere.


Zero View, all 65 inches of the LG SIGNATURE OLED TV R is hidden from view, tucked away in the base. Even in Zero View, users can enjoy music and other audio content, which emanate from the 4.2-channel, 100W front-firing Dolby Atmos audio system. The premium bloodline is clearly evident in the entire unit, from the brushed aluminum casing to the quality wool speaker cover designed by Kvadrat of Denmark.

Samsung’s 75”, 146” and 215” 4K Micro LEDwith 30um x 50um LED micro. Samsung has not announced full specifications but did say that the TVs can hit 2000 nits peak brightness. And unlike Samsung’s LCD TVs, that number may actually prove to be true since microLED is a self-emitting technology where luminance and colors are controlled on a sub-pixel level. Samsung said that the 75- and 146-inch versions have 4K resolution but did not confirm technical details for the gigantic 216-inch version. The consumer versions will be 30mm thick, which is a lot thinner than last year’s prototype that measured 80mm.The challenge with microLED is not to make large TVs. In fact, it is the opposite: to make the pixel and circuits small enough to enable high resolution at low costs. Many companies are researching the new display technology and some competitors like to point out that Samsung’s The Wall is actually “MiniLED”. The distinction is not too important since it is the same technology and the moniker just refers to the size of the pixels but the point here is that Samsung is not alone. 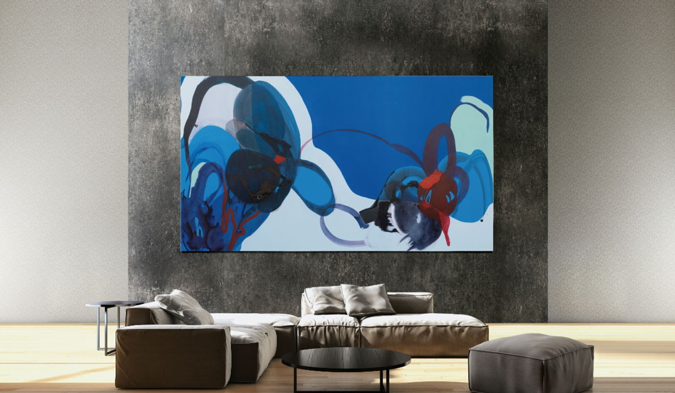 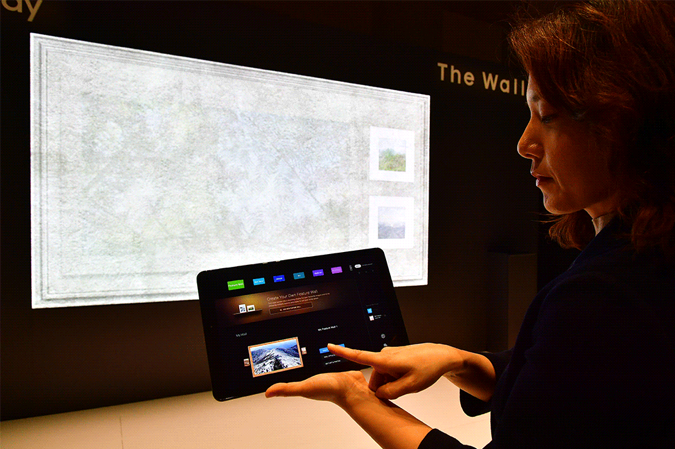 Source: Company
​Missing were any foldable display devices from Samsung, LG, BOE, Xiaomi, Google, Huawei or anyone else. The closest was what looked to be an old prototype from Samsung Display that was a non-working notebook with a foldable display that will eventually have a soft touch keyboard. Also missing was Samsung Displays
The only flexible smartphone shown at CES was Royale’s FlexPais and they felt like a work of engineering magic; but it was only 200 nits had about half the standard color gamut and was quite thick in the folded state. Their technical people said that the next version would be much closer to standard smartphone display spec. 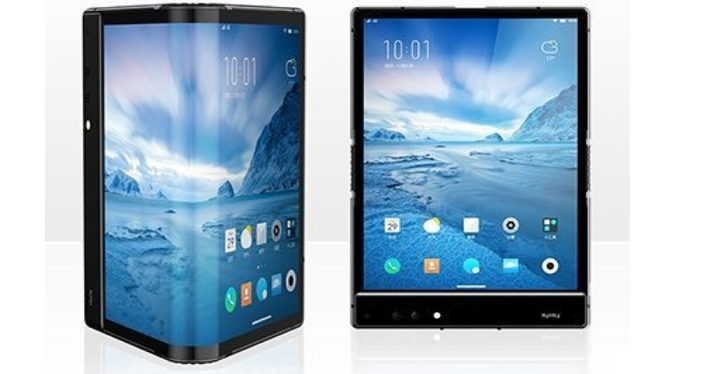