The lens switches between 70mm (2.9x) and 105mm (4.4x). The Xperia 1 III is only available in China right now despite the fact that Sony is a Japanese brand. The Xperia 1 III keeps the ongoing design trends from Sony phones, meaning it’s a boxy rectangular slab with an elongated 21:9 aspect ratio. The 6.5-inch 4K, 120Hz OLED display is flat, but the corners are chamfered so they don’t feel as abrupt as an iPhone 12’s panel. 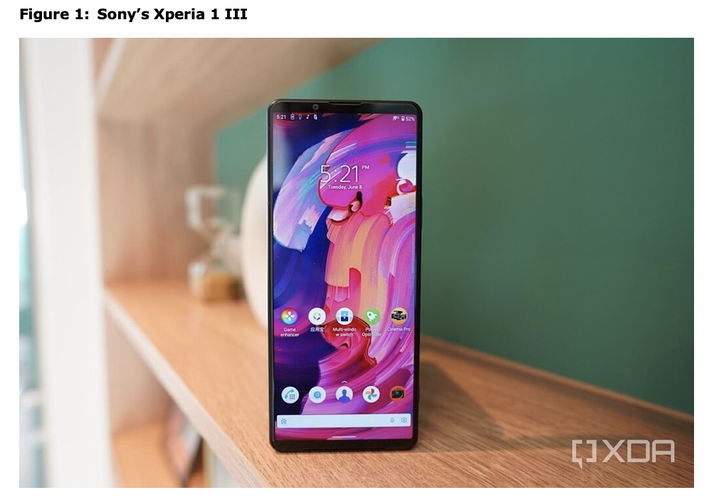 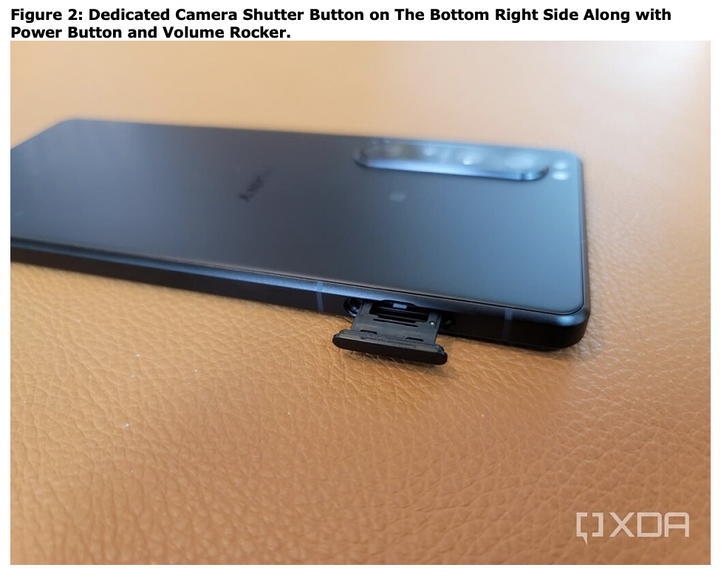 On the left side is a SIM tray. At the top of the Xperia 1 III is a headphone jack. The phone also packs dual front-facing speakers that sound excellent. Overall, the Xperia 1 III is a comfortable phone to hold due to the 21:9 aspect ratio’s narrower form factor. It helps that the phone is relatively light and thin at 8.2mm and 186g respectively. The 4K/120Hz OLED panel has bezels that wrap around it and have been drastically shaven (by Sony standards anyway). This screen looks great, but it’s just not drastically better than a 2k or even FHD+ panel.

Sony’s recent flagship phones have tried to mimic the experience of using a Sony digital camera. This ranges from the camera shutter sound to the dedicated shutter button that supports a half-press to focus, to the small green boxes that pop up in the camera viewfinder to show focus point.

Sony also offers two camera apps: a standard one and “Cinema Pro” which offers full-on manual controls for video shooting. Even the standard camera mode offers more granular control over everything from ISO to shutter speed -- a knowledgeable photographer can easily tweak a few settings to get the exact exposure they want in a shot. But most people are not camera experts and would prefer to point-and-shoot, which is where Sony’s last flagship phone lags behind what Apple and Samsung’s cameras can do. But the Xperia 1 III improves matters. In most point-and-shoot scenarios, even in challenging lighting conditions such as against harsh backlight, the Sony Xperia 1 III produces good-looking images.

The Sony Xperia 1 III camera holds up well against the iPhone 12 and Galaxy S21 Ultra. But its HDR processing still noticeably falls short of the iPhone 12’s. The Xperia 1 III’s main camera has improved over the last generation but still falls short of the big-name brands. For ultra-wide, the Xperia 1 III also produces sharp photos during the day; at night, as usual, details drop off with noticeable noise. The variable Periscope zoom lens produces a sharp 2.9x zoom and 4.4x photos. At 10x zoom, the Xperia 1 III’s image falls far short of what the Galaxy S21 Ultra’s zoom lens can do. The Sony Xperia 1 III is relatively pricey at 8,449 yuan ($1,334) for the 256 GB model and 9,499 yuan ($1,491) for the 512 GB model, but early sales numbers in China have reportedly been impressive, which perhaps isn’t surprising considering how much this phone stands out from the pack with its loud front-facing speakers, a headphone jack, a 4K/120Hz screen.