Vertical Divider
Sony’s PSVR Headset to Use an OLED Display
​
Following reports of leaked PSVR 2 specs last month—which claim a 4.1MP (2,000 × 2,040) per-eye resolution, eye-tracking, head-mounted haptics, and more, a new report from Bloomberg, says that the headset is aiming to launch in the Holiday 2022 window, and will use new OLED displays from Samsung. Most modern VR headsets have moved to LCDs, as shown in the next figure, but the next-gen PSVR will use a Samsung-made OLED display. 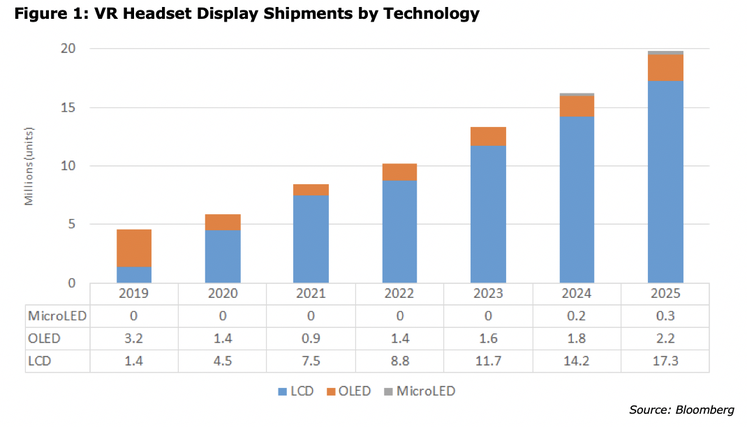 ​The first generation of consumer VR headsets—HTC Vive, Oculus Rift CV1, and PSVR—all employed OLED displays which were favored thanks to their excellent contrast, rich colors, and fast response time, which allowed these headsets to foster low-persistence to sharpen the image during head movement with reduced perceived latency. Second-gen VR headsets largely switched from OLED to LCD due to ‘fast-switch’ LCDs which are capable of low-persistence and a lower price.
PSVR’s OLED display | Photo courtesy iFixit (BY-NC-SA)
Sony’s PSVR was the only first-gen VR headset to use an OLED display with an RGB sub-pixel arrangement, where all others used a PenTileTM arrangement. It also offered a refresh rate of 120Hz which was ahead of its time compared to 90Hz on other headsets. Should Sony use a Samsung OLED it is likely to have a PenTileTM pixel structure.