The Sony Xperia 1 II might be the firm’s best flagship phone in years, building on the Xperia 1 with sensible upgrades across the board. Evan Blass has posted a render of the apparent Sony Xperia 5 II showing a phone that is similar to the Xperia 5 released last year. 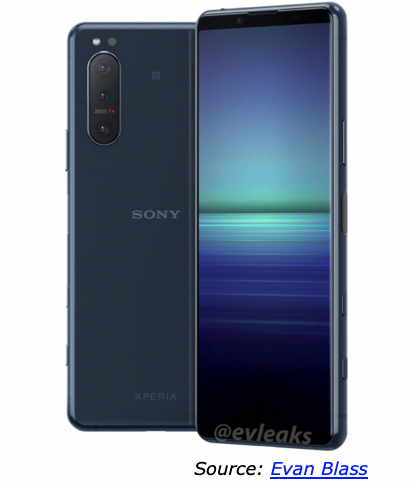 ​The phone has triple rear cameras a 21:9 screen with a bezel up top. One noteworthy change on the right edge of the screen is a fingerprint scanner, and two extra buttons near the bottom of the phone. Sony’s Xperia 5 featured a volume rocker, a fingerprint scanner, a separate power button, and a camera shutter key. It looks like the fingerprint scanner doubles as a power button on the new phone, while one of the extra buttons is likely a camera shutter key. It’s possible that this model is smaller than the Xperia 1 II as well. Sony also brought the 3.5mm port back on its early 2020 flagship, so expect the same for the upcoming device.