Vertical Divider
Sony Re-introduces Stereoscopic 3D
​
Sony announced a $5,000 15.6-inch display, built on a metal wedge, with stereoscopic 3D, called a Spatial Reality Display or ELF-SR1 that works without glasses. Looking Glass also sells one, for $3,000, though it’s a little bit different.
A Verge reported tested the device and said, “I plugged it into a powerful gaming computer, and fired up the first demo. A tiny, intricately detailed Volkswagen Atlas materialized in front of my face — and when I pressed a button, it floated right up out of the screen. 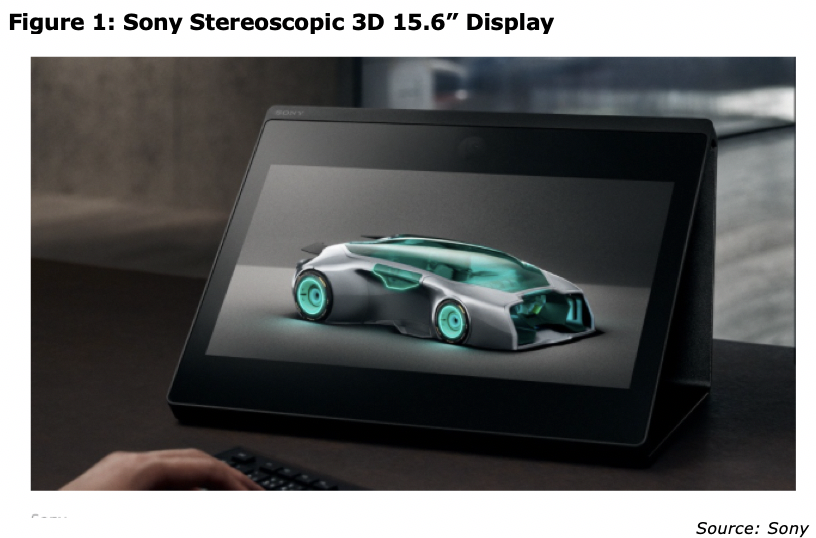 A couple minutes later, I was watching a 4-inch tall anime girl dance her heart out inside Sony’s contraption, tapping her feet atop a floor of hexagonal mirrors. It’s the magic of stereoscopic 3D.” 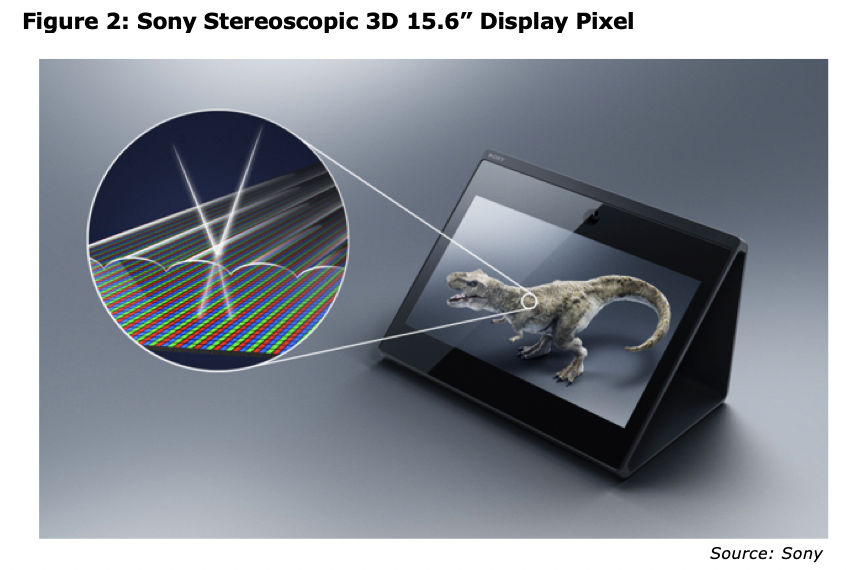