Sony announced two brand new smartphones, launching the flagship Xperia 1 II (below) and mid-range Xperia 10 II in the shadow of the ghost of MWC. 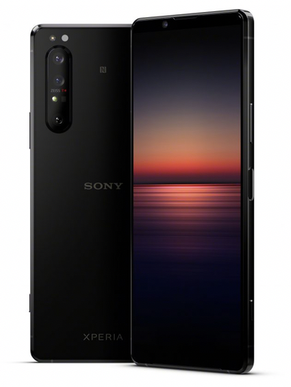 ​Source: Company
​
It comes with all the Sony hallmarks, including a tall 4K display, a standard design, and plays catch up without racing ahead.  It even has Sony’s trademark of a confusing name. Adding II or (Mark 2) to the original 2019 branding of the Xperia 1 and Xperia 10 phones doesn’t make much sense. Sony says it’s following its Sony Alpha DSLR camera naming conventions, which is something, and at least there’s no Plus or Pro variants to add to the affair.


The launch price: $1099, which is classic Sony pricing and always high. Sony isn’t including 5G in the US version of this device. It’ll have the same 865 chip and modem, but seemingly won’t include antennas and hardware needed for mmWave or sub-6 5G. There’s also an Xperia Pro made for professional photographers and business, with a rugged design. The Pro is “powered by CineAlta”, and “can record in multiple frame rates and offer more manual controls such as touch auto focus and custom white balance to enhance your cinematographic shooting experiences”. No price was provided for the Pro. 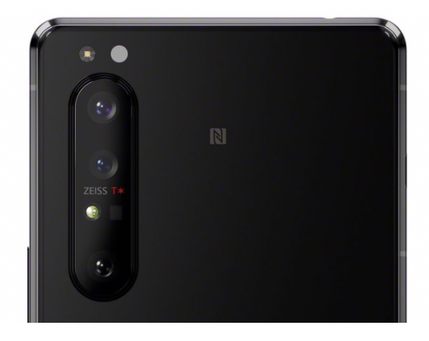 Source: Company
Sony claims the camera performance and function has been greatly improved, working with its Alpha camera team.

Sony's Xperia 10 II is designed to be a TV and game console in your pocket thanks to the 6-inch 21:9 OLED Triluminos display. The "super mid-range" can display "deeper blacks and more vibrant colors" than the average phone, and deliver a more immersive gaming experience, Sony said. At the same time, it's relatively lightweight at 151 grams and is IP65/IP68 water- and dust-resistant. The biggest difference between the Xperia 10 II and the original Xperia 10 (apart from the Bravia Triluminos OLED screen) is in the camera setup. The new model has triple cameras, with a 12-megapixel ultra-wide-angle camera and 8-megapixel wide angle and 2X optical telephoto cameras (with a 10X digital zoom). While the latter have surprisingly low resolution, low-light sensitivity should be good in theory. It supports 4K and 21:9 movie capture, though that format will be cropped on your Ultra HD 4K display. It also excels for sound, thanks to support for high-resolution audio and yes, a 3.5mm audio jack. Other specs are more pedestrian, including the Snapdragon 665 chip, 4GB of RAM, 128GB of internal memory (with microSDX support) and 3,600 mAh battery. The Xperia 10 II will arrive in Spring 2020, but the all-important pricing has yet to be revealed. Perhaps, Sony is using its film studio expertise to prepare for Quibi, the Jeffery Katzenberg/Meg Whitman led start-up that features 10 minute streaming episodes designed for smartphones.

Sony’s unveiling came with a range of conflicting prices and information. It’s not clear whether the price is $1199 or $1099, and its phones haven’t quite been at the top of the pile for a long time. As for the Xperia 10 II, it looks more intriguing but again, the price decides if it’s worth buying:

Motorola engineers are already thinking about how to change the Razr in its next iteration. In an interview with TechRadar, the company's Vice President of Consumer Experience Design, Ruben Castano, and Director of Product Management, Carl Steen, talked about the changes they're hoping to make with their next foldable phone. The RAZR's specs, in the context of its $1,500 price, were indeed underwhelming, and that's one of the areas Motorola is hoping to improve in the future. Steen explained why the company did not opt for a more powerful processor: "The Snapdragon only brought to the table things like Quad-HD performance, we didn't have Quad-HD displays, so that would have been overkill." He also expressed his desire to amp up the phone's networking chops in the future: "things like 5G [...] are all items that we'd like to pursue on our next generation devices." That lines up well with previous reports, which suggest the company is already working on a 5G variant of the RAZR, though it may be exclusive to only China. Lastly, while the team is satisfied with the clamshell form factor, they are experimenting with improving functionality within that form factor. Steen said. "For example, the QuickView Display – we're looking at ways to make an even [richer] experience," referring to the secondary display on the RAZR's front. Motorola's R&D department is also looking at use cases that folding screens could enable. "Having the device or the technology conform to the human body in the sense of a wearable" is, for example, one area Motorola believes is ripe for innovation with the advent of foldable screens.